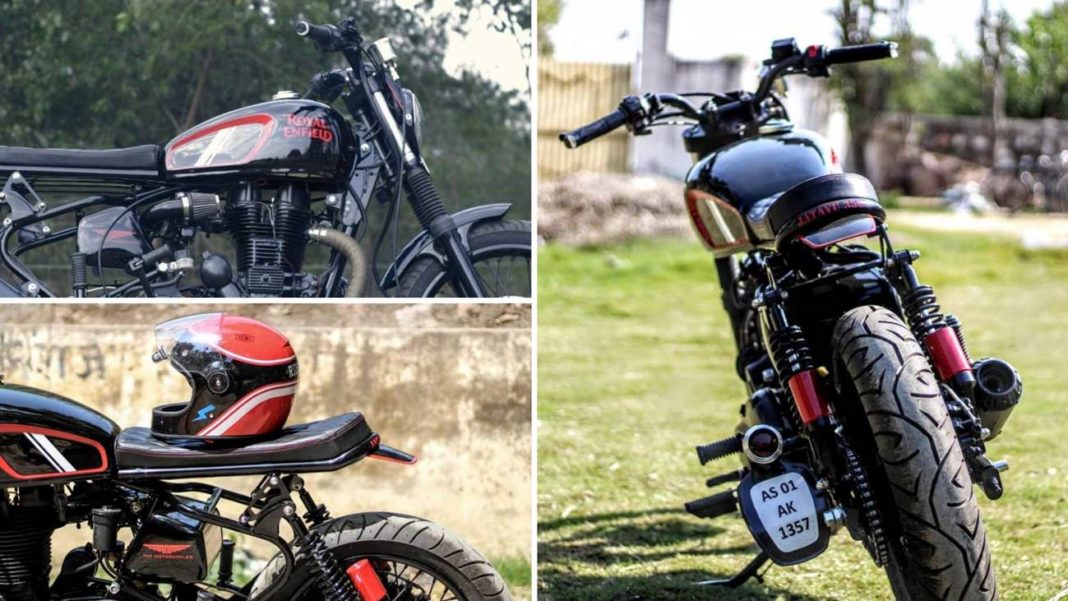 The Jatayu customised 350 Scrambler from Royal Enfield is perfect for long-distance travellers. The bike is an amalgam of different REs put together

Royal Enfield recently launched the new Bullet Trails Works Replica series in the Indian market. The Royal Enfield Bullet-based scrambler motorcycle from the brand caught the eyes of many. Royal Enfield bikes are highly customizable and there are many who have taken the job of transforming a regular Royal Enfield into a purposeful Scrambler bike. Here is one such modified job that is called ‘Jatayu’ by TNT Motorcycles.

The Jatayu is not based on the new-age Unit Construction Engine (UCE) but the older Cast Iron Bullet. The bike gets the AVL engine that was known for its heavy exhaust note. The AVL engines get the gear shifter on the left-hand side of the engine. The exact model year of the Bullet used to make Jatayu is not known but the end-product definitely looks very modern.

Jatayu has been thoughtfully made and parts of various bikes have been used in it to make it as perfect as it can get. It gets the swingarm from the Royal Enfield Thunderbird but even that has been customised to properly fit the rear suspension set-up from Continental GT 535. Apart from these core changes, many visual changes have been made and aftermarket parts have been added. 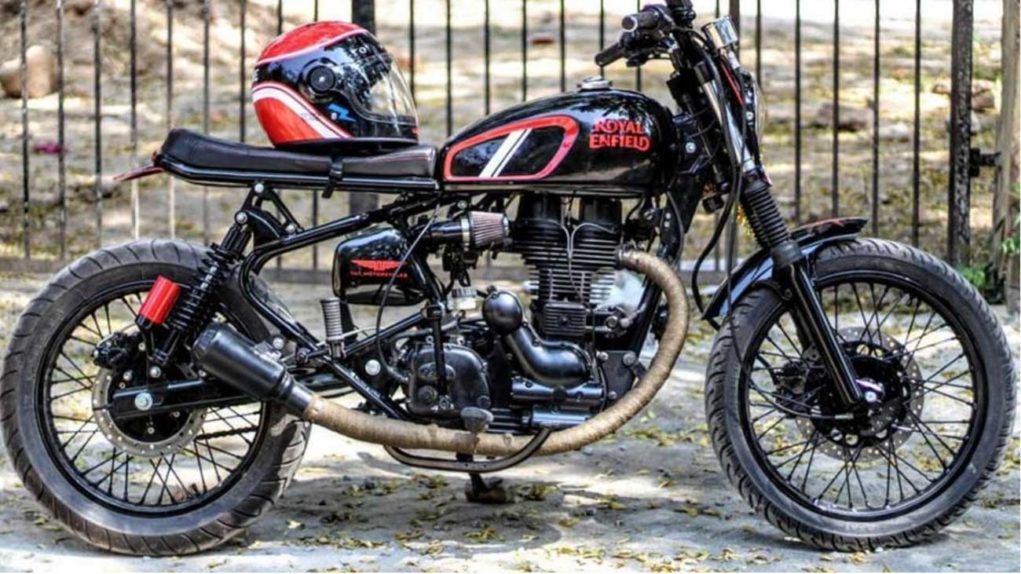 The headlamp, for example, gets a customised LED set-up that looks very modern and even futuristic. The whole bike gets a black theme that makes the bike look very aggressive and sporty. It also gets a custom seat, a custom handlebar and a custom tank. The rear fender has been removed from the bike while the front fender has been chopped short.

A new instrument cluster has been added to the bike that gives it a very rustic look. At the rear, an extremely sleek LED tail lamp has been added and is integrated to the frame itself with gives the tail a very tidy look. 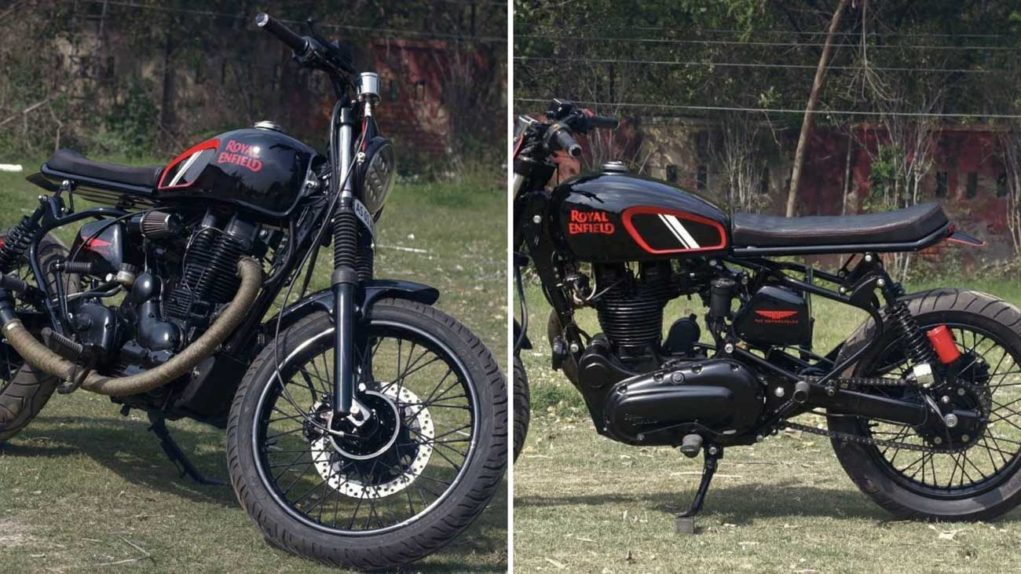 The bike also gets a custom exhaust but it is not known if it helps to increase the overall power of the bike. Another such upgrade is the K&N air filet that provides a better air-flow but again, the impact on the power figure is not known.