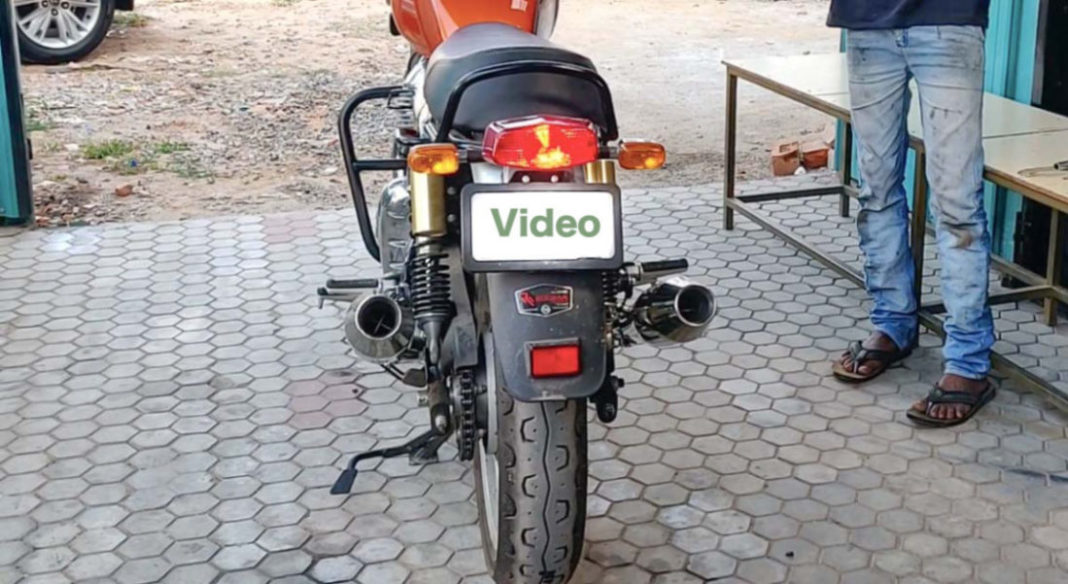 Red Rooster launched exhaust for Royal Enfield Interceptor 650 soon after the bike’s launch. It sounds deadly without the dB killer in place

While you already know how they sound in stock form, here is a video that shows exactly how they sound without the dB killers. dB killers are installed to ensure that the exhausts meet the noise-level set by the RTO. For two-wheelers, it is 80 dB and the dB killer ensures that loud noises are suppressed properly.

The dB killer also ensures that the loud backfires are suppressed properly. However, removing them brings total havoc. The video shows how loud the aftermarket Red Rooster Racing exhausts have become after removing the dB killers. They have practically become free-flow exhausts and are producing extremely loud rumble.

The new 650 Twins do not sound like the single-cylinder powered Royal Enfields and they do not offer that classic thump. However, without the dB killer in place, the Royal Enfield Interceptor is sounding extremely different and unique from the smooth rumble from the stock exhaust.

As per the details, the Royal Enfield Red Rooster Racing exhaust costs Rs. 6,500 for the pair. They increase the performance of the bike and also reduces the weight by 12 kg. The reduced weight of the bike ensures better pick-up and acceleration too. It should be noted that the cops and RTO have started a crackdown on modified vehicles in India.