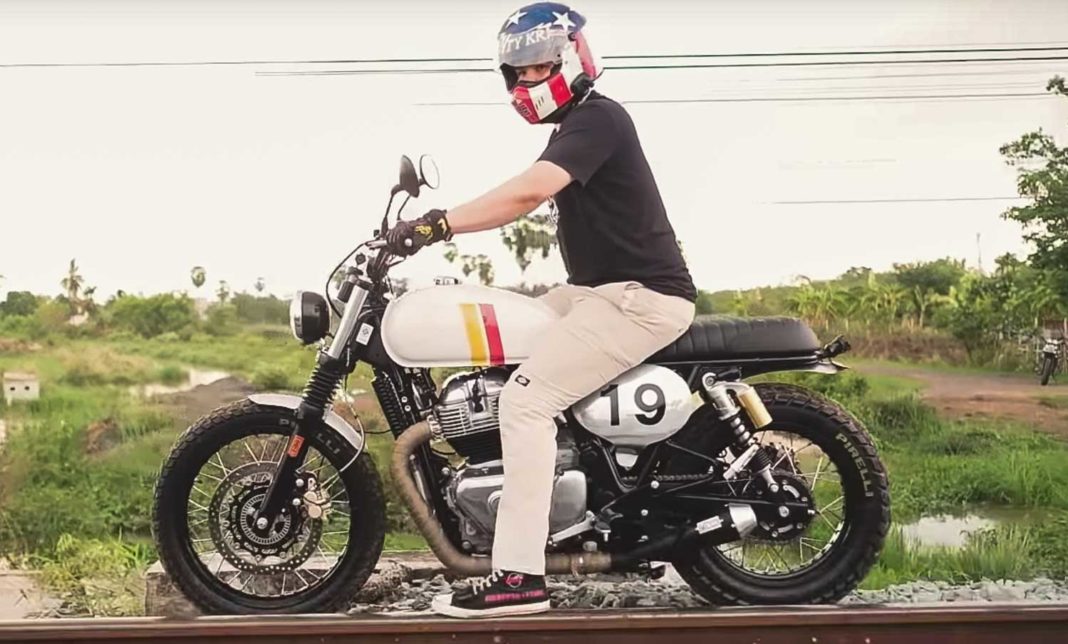 Royal Enfield’s strategy to challenge the big boys did not come as a surprise but the way the brand managed to string it together did. The 650 Twins are unlike anything we have seen from Royal Enfield so far and despite the obvious lack of electronic aids, the performance, engine refinement and bang-on-head price range were right on the money.

The Chennai-based manufacturer takes the opportunity for granted and rivals the entry-level Harley-Davidson and Triumph motorcycles. Decimating the competition in the process, the 650 Twins have recorded more than 1,000 unit sales already monthly – a massive feat in the modern era.

Just as the 350 and 500 series Royal Enfield motorcycles, the 650 Twins are susceptible to customisation. Over the months, we have seen several enthusiastic mod jobs based on the Interceptor 650 and Continental GT 650 as they are adaptable to personalisation in a big way.

Thailand-based 8080 Cafe Korat 8080 KRT has created yet another custom Interceptor 650 and it looks jaw-dropping in every angle with perfection. The owner of the recently bought Interceptor 650 wanted to make a tracker out of his stock bike and he did so with this well-known custom builder.

The video showcases all the changes made as the circular-shaped headlamp has been opted out for a new unit and the long pipe dual exhaust system found in the regular motorcycle is ditched in favour of a new freeflow unit. The telescopic front forks gain rubber covers to further enhance the overall appeal. 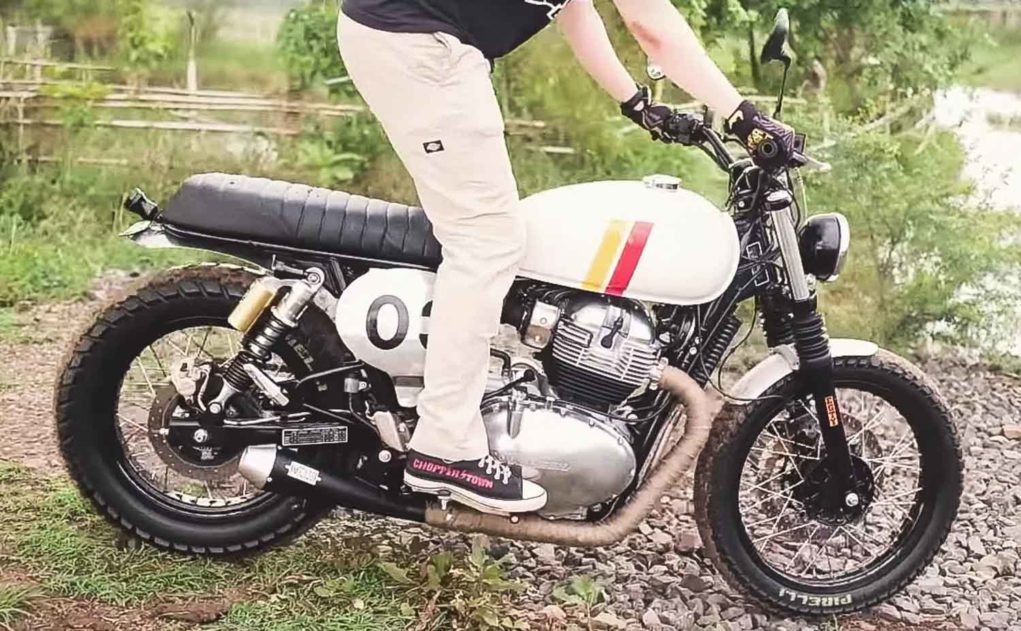 The new exhaust pipes should have helped in reducing the kerb weight alongside improving the performance but we do not know the exact numbers yet. To get an authentic tracker look, the personalised Interceptor 650 has its rear end left fully exposed with absence of regular taillight, grab handle and turn signals. Other notable changes include new sporty stripes and a single-piece saddle.