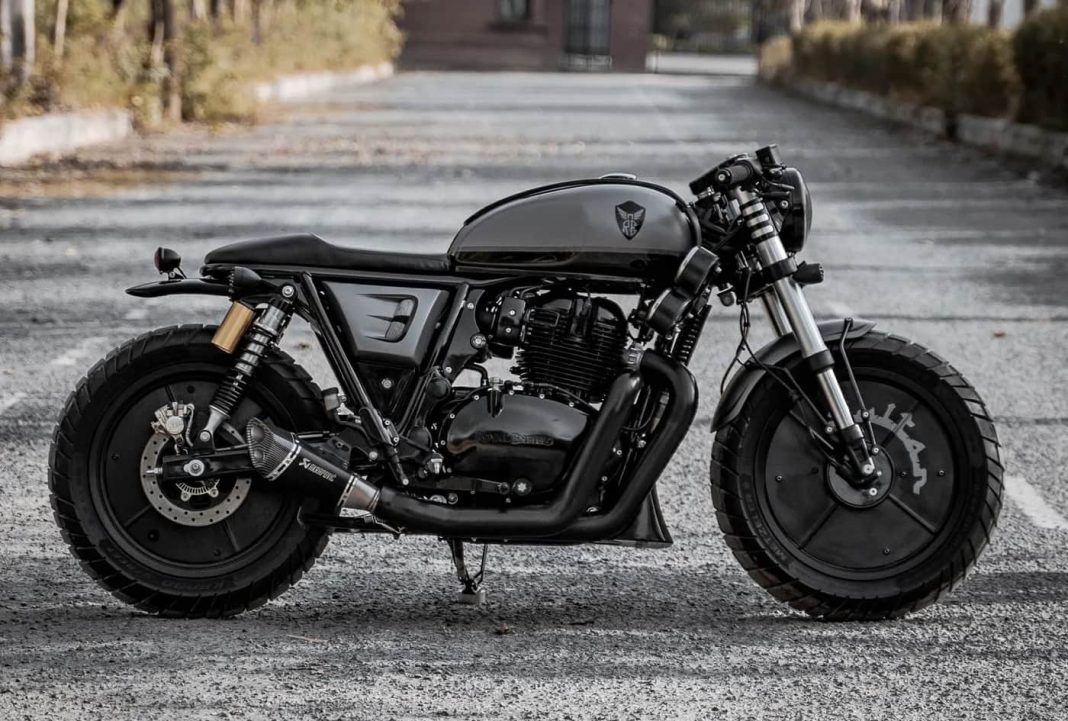 Check out Sultan 650 by Delhi-based Neev Motorcycles, which is a custom bike based on a Royal Enfield interceptor 650

Royal Enfield motorcycles are a popular choice for custom motorcycle projects. They have very strong aftermarket support in India, which makes them easy to tinker with. We’ve seen plenty of customised RE motorcycles over the years, some of which are beautiful machines.

Here, we have one such modified Royal Enfield Interceptor 650, designed by Delhi-based Neev Motorcycles. Christened project ‘Sultan 650’, this custom motorcycle features major changes over the stock model. The first thing to notice here is the grey paint scheme, which pairs well with the blacked-out engine assembly, exhaust pipe, frame, etc. The wheel covers are the next to grab our attention!

We see ‘Sultan’ branding on the front wheel cover, which looks cool, and the front fender is a custom unit. The motorcycle gets USD forks at the front, a CNC-cut triple tree, along with an aftermarket LED headlight. We also see custom-built clip-on handlebars here, while the instrument cluster has been moved to the right side of the fuel tank, placed just above the exhaust pipes. 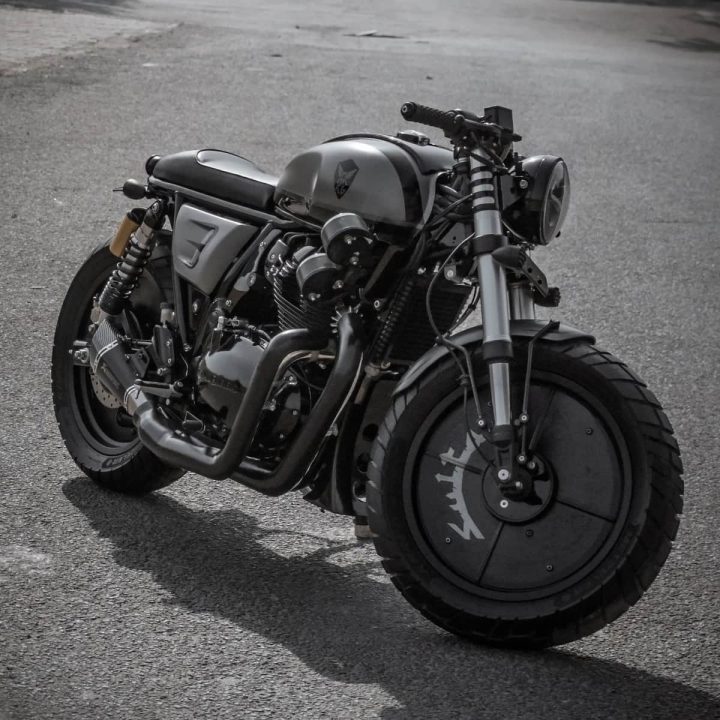 The fuel tank gets a custom brace running longitudinally across the top, and the fuel filler cap gets a chrome and piano black finish. The bike also gets a custom-built two-in-one exhaust system, with both pipes routed to the right side, into an Akrapovic exhaust can. A chunky sump guard has also been added here, with a large bash plate in front of it, to protect the engine if the motorcycle is taken off the road.

The side panels are new as well, featuring sporty air vents, and we also see a small rear fender with a tiny aftermarket taillight. The motorcycle’s frame has been shortened from the tail end, and a cafe racer-style single-piece seat has been installed. We also see aftermarket turn indicators here, with mesh covers on them. 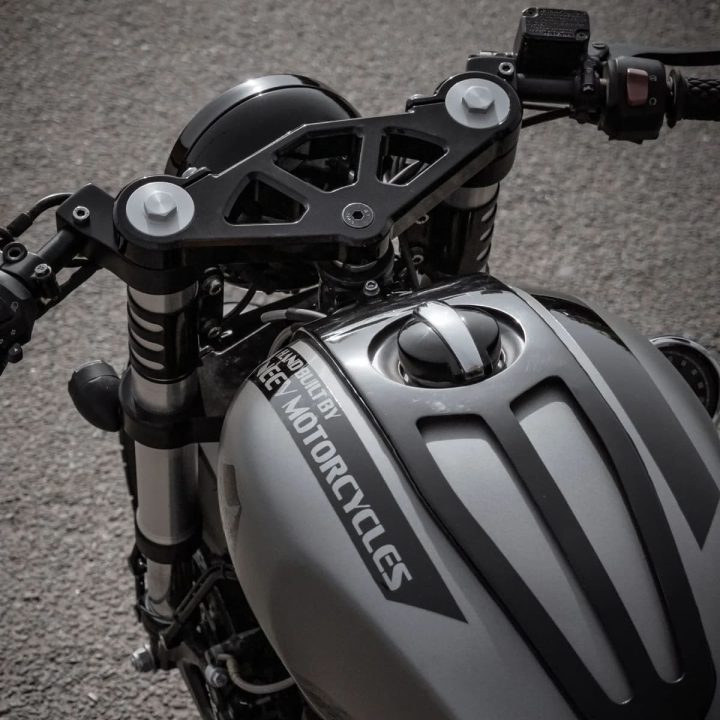 The rear shock absorbers still have golden-finished canisters, which contrast heavily with the grey and black colour theme of the rest of this custom model. Also, Metzeler Karoo Street tyres (170/50 R17 on both ends) have been installed here. As per Neev motorcycles, this bike has mostly been hand-built, which is quite impressive, and that has even been proudly advertised on the fuel tank.