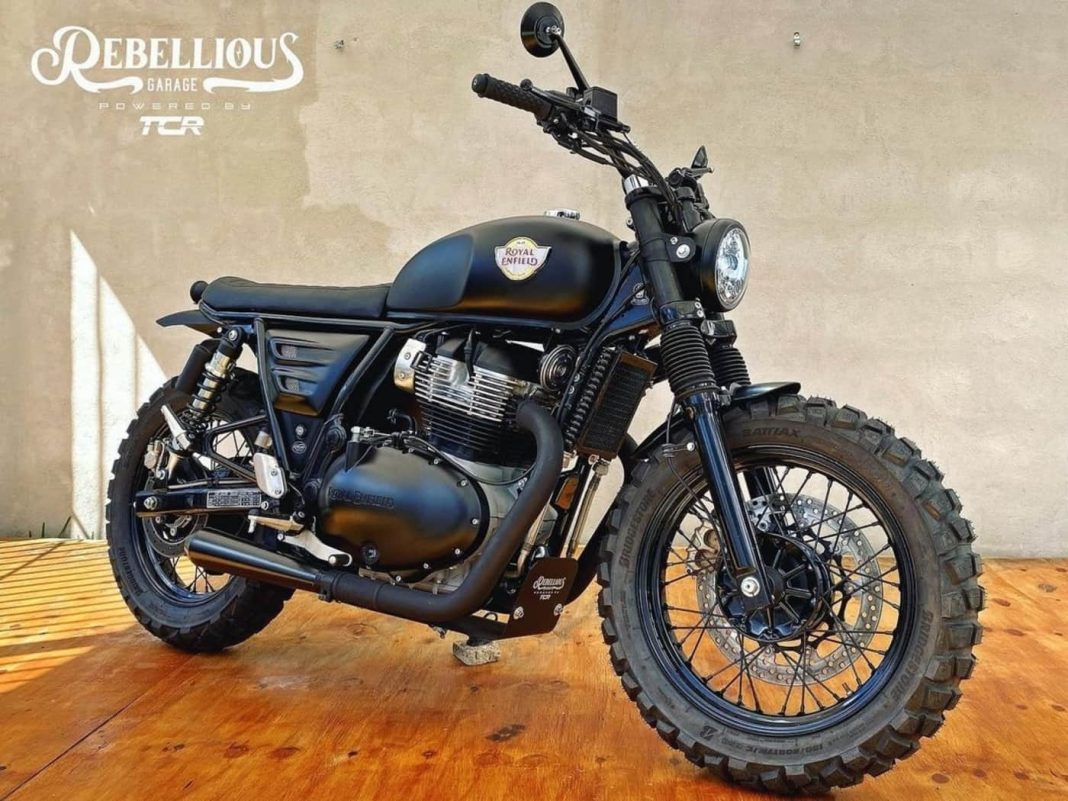 Here, we have a beautiful-looking custom scrambler, based on a Royal Enfield Interceptor 650, built by Mexico-based Rebellious Garage

Royal Enfield Interceptor 650 was first launched to a hot success back in 2018 in India, as the most affordable multi-cylinder motorcycle in the country. It was later introduced in international markets as well, where it also managed to gain a strong fan-following, thanks to its retro-charm and affordable price (compared to similar-capacity bikes).

Just like in India, global enthusiasts have discovered that Royal Enfield motorcycles serve as brilliant canvases for custom projects, due to their relatively simple architecture. We’ve seen modified RE bikes from various countries over the years, like Thailand, the UK, Argentina, etc. Now, we feature one from Mexico, built by Rebellious Garage.

This customised motorcycle is based on a Royal Enfield Interceptor 650. The first thing to notice about this bike is the all-black body – matte black paint job with blacked-out cycle parts and engine assembly. At the front, we see an aftermarket LED headlight and a tiny front fender. The motorcycle gets a taller handlebar now, placed on custom mounts, along with aftermarket ORVMs and handle grips.

The instrument console has now been placed below the fuel tank, on the left side of the bike. Also, the side panels have been replaced by stock units, which features air vents. The motorcycle’s frame has been shortened and bent upwards at the tail end, and a custom ribbed seat has been installed here. We also see a tiny rear fender, with a round aftermarket taillight on it.

The rear shock absorbers have been painted black as well, to match with the rest of the bike. On the left swingarm, we see the custom number plate holder. The bike continues to get wire-spoked wheels, but these are 17-inch all-black units, shod with mountain tyres – 140/80 tyre at the back and a 130/80 tyre at the front. 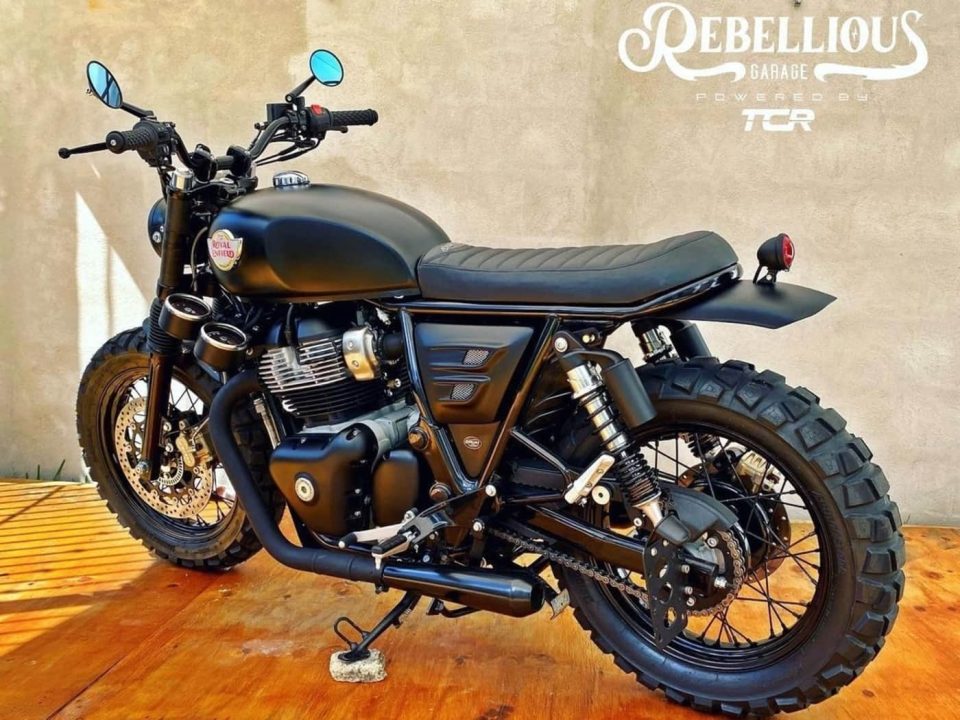 We also see a custom bash plate and aftermarket dual exhausts, which are also blacked out. Overall, this custom-built scrambler looks absolutely brilliant, with the all-black styling giving it a stealthy look.

As for the engine, the garage hasn’t shared any details about any performance mods installed here, so we’re not sure. A stock RE Interceptor 650 is powered by a 648cc, air/oil-cooled, parallel-twin engine with 47.65 PS and 52 Nm. This motor comes mated to a 6-speed transmission, with a slipper clutch.