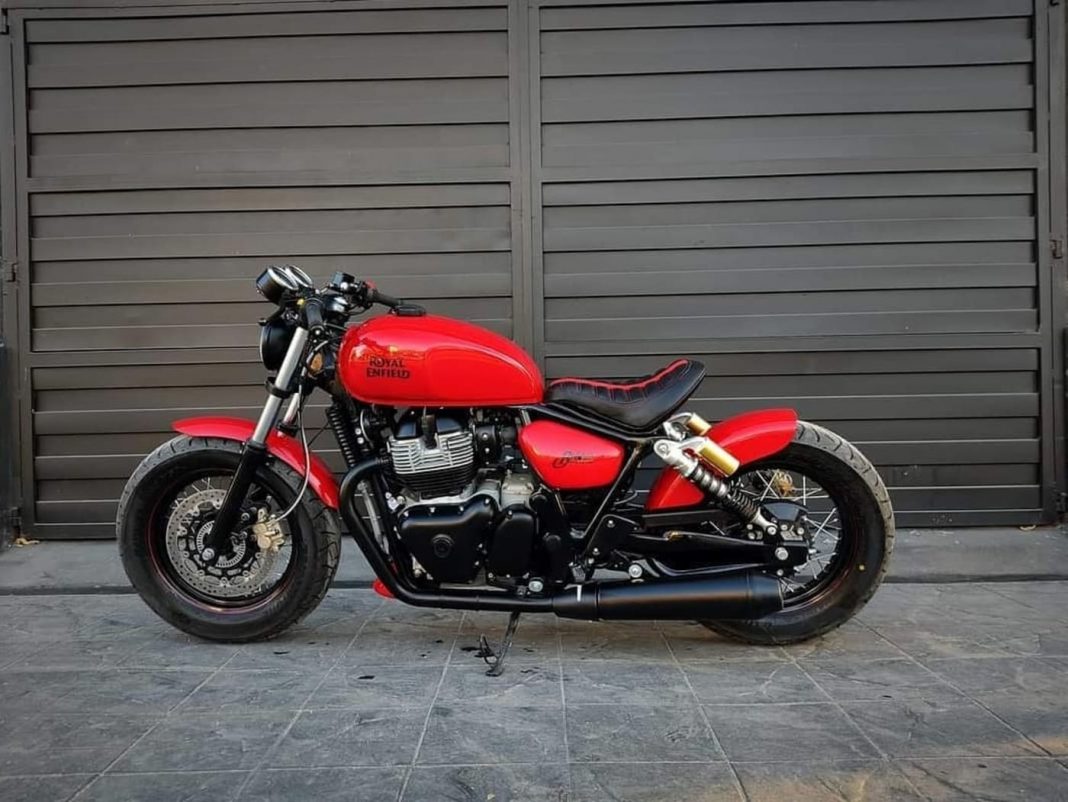 Royal Enfield is one of the most popular motorcycle brands in India, and in recent years, it has gained a strong fan following in foreign markets as well. Due to their relatively simple architecture and easy-to-work-on nature, RE motorcycles are commonly used as the base for many project builds in India, and the wind is catching up overseas as well.

Here, we have a modified Royal Enfield from Argentina, which has been custom-built by Hardcore Custom. There are plenty of noticeable changes to the motorcycle, which we shall list in brief. At the front, we see a stubby aftermarket headlight, which gives the bike a flat face appearance. The stock single-piece handlebar has been replaced by new clip-ons, which feature bar-end mirrors as well.

The fuel filler cap has been blacked out, which stands out against the bright red paint scheme. Further back, we see a custom-made single seat, nicely sculpted, with black and red upholstery. The tail section of the motorcycle’s frame has been chopped off, and the rear fender is mounted on the custom-made swingarms now. 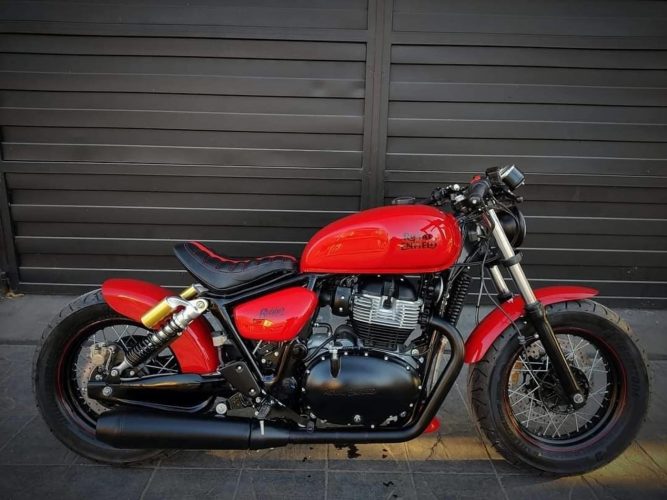 The rear suspension geometry has been altered, lowering the rear wheel significantly. As such, the bike gets a leaned-back look. Even the steering geometry has changed as a consequence, with a higher rake angle now on the front wheel. The engine has been partly blacked out, along with the exhaust pipes. We also see custom side boxes here, and just under the seat at the back, the aftermarket taillight can be seen.

The motorcycle gets a set of aftermarket wire-spoked wheels, shod with new tyres. The bike sports a few graphics as well, including ‘Royal Enfield’ and ‘Bobber’ branding on the fuel tank and side boxes, respectively. The overall design looks clean and pretty, with plenty of road presence on offer. 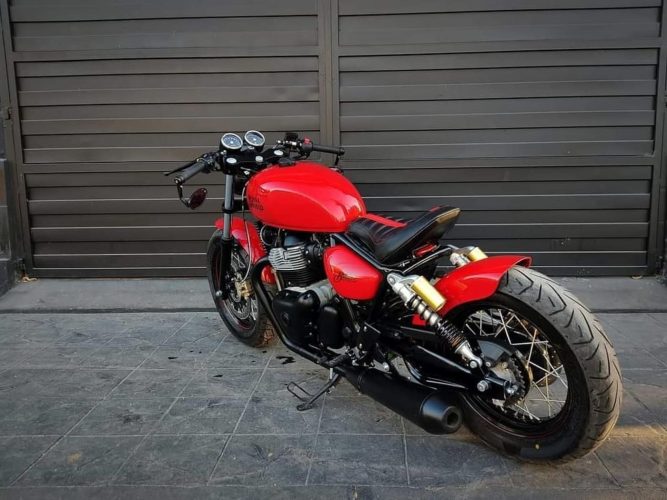 This particular model has been built by Hardcore Custom for Moto Cafe VCP, to be put up for sale. In India, extensive modifications like these are illegal, and driving such a motorcycle around would invite trouble from the cops.