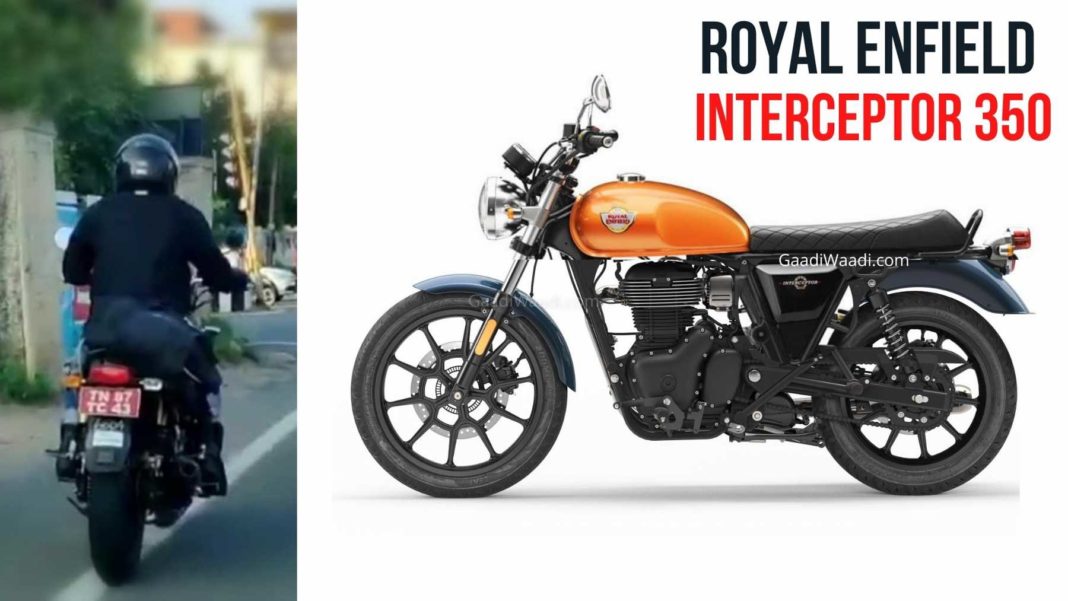 Recently a spy picture of an upcoming Royal Enfield motorcycle emerged online, showcasing a test model that looked like the Interceptor 650, but had a single exhaust system (and thus expected to have a single-cylinder engine). This new motorcycle could be the Interceptor 350 (or it might get a new name), which is now speculated to launch sometime during 2021.

Now, a spy video has also surfaced on the interweb, showing the same prototype motorcycle riding around Chennai. The video gives us a clearer look at the bike, and we were able to notice a few things. Everything on it, except the engine, is the same as the Interceptor 650, right down to the handlebar and even the taillight.

Although it isn’t apparent in this video, we expect the 350cc version to be nimbler and easier to handle than the 650, due to the lower weight. Other than that, we expect this upcoming bike to offer dual-channel ABS, right-side-up front forks, dual rear shockers, and perhaps tripper navigation as well.

The powertrain on the Interceptor 350 will be the same one that debuted on the RE Meteor 350 recently. This all-new engine is capable of developing 20.2 HP of maximum power and 27 Nm of peak torque, and comes paired to a 5-speed gearbox. It doesn’t get a slipper clutch though, unlike the Interceptor 650, but is a slick transmission nonetheless.

This new engine has lesser vibrations than the older, pushrod-actuated UCE 350cc engine, which continues to do duty on the RE Classic 350 and Bullet 350. Interestingly, these two motorcycles will undergo a generation change next year, and will then switch to the newer engine. 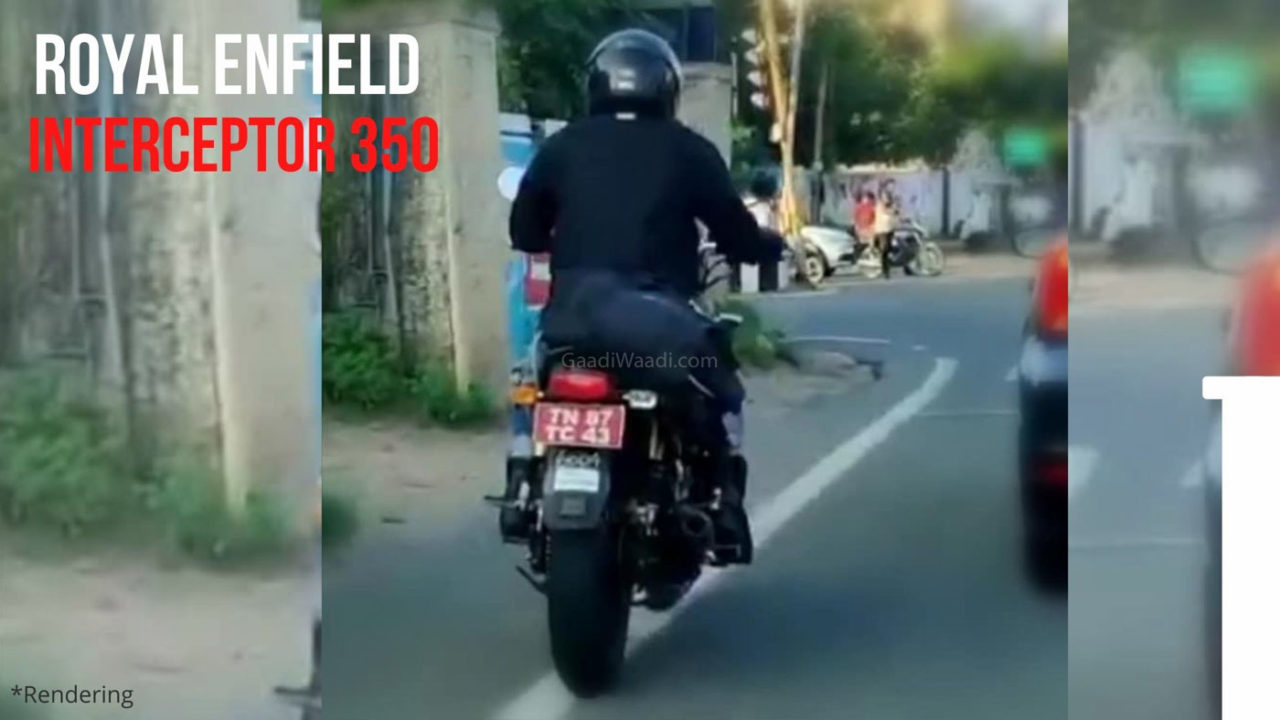 Royal Enfield is undeniably the market leader in India when it comes to mid-capacity motorcycles. Its portfolio consists of motorcycles ranging from 350cc to 650cc, and the brand has stated that it will continue to strengthen its position in this market space with new launches in the future. Royal Enfield is planning to launch at least 20 motorcycles in the next five years.