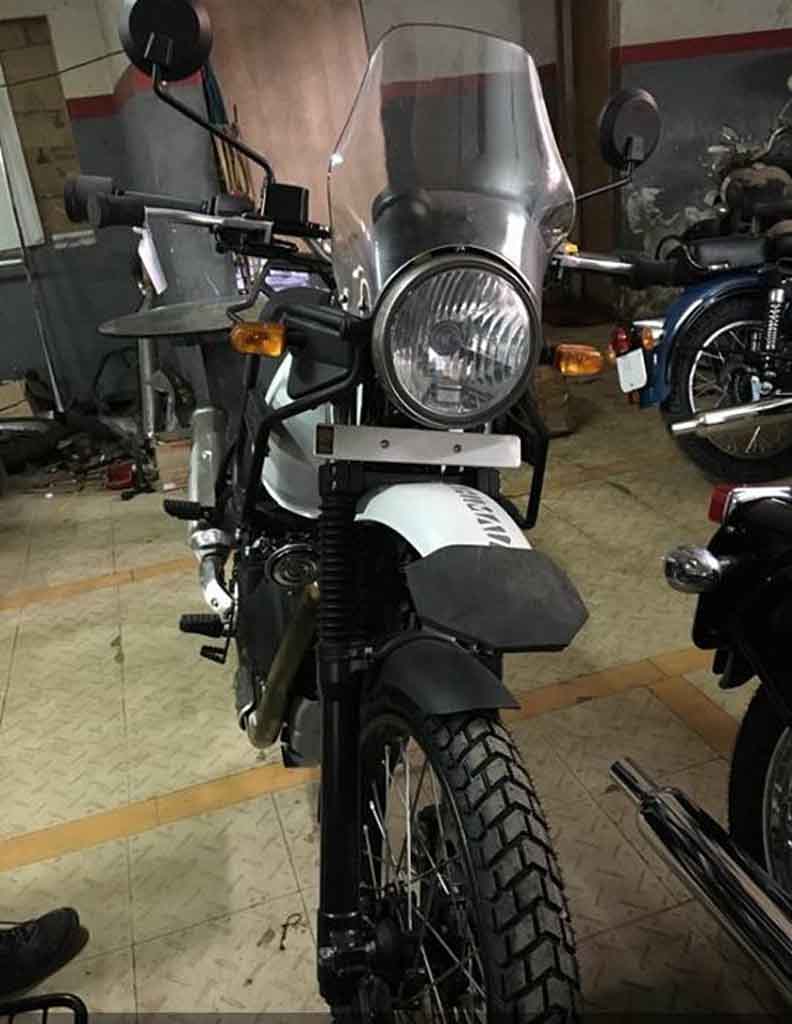 As we reported earlier, Royal Enfield has launched the updated Himalayan with fuel injection system and BS-IV emission compliant engine at Rs. 1.84 lakh (ex-showroom). The motorcycle was spotted at dealerships in several occasions and it is more of a silent launch. Apart from the engine update and introduction of fuel injection system, the adventure-spec motorcycle also receives some minor cosmetic changes.

What can be observed from the BS-IV Himalayan is that it sports black cladding on the tip of front beak. This temporary cladding can be removed and it has been introduced to protect the beak from being damaged during transit. The handlebar gets blackened clamp and the fuel lid too had been blackened. Apart from that, it has gained round blackened rear view mirror while rest of the design elements appear unchanged.

The updated Royal Enfield Himalayan gets power from a BS-IV compliant 411 cc SOHC fuel-injected petrol engine that is capable of churning out same 24.5 bhp of peak power at 6,500 rpm and 32 Nm of peak torque at 4,250 rpm. Transmission duty is done by a 5-speed gearbox. Fuel efficiency and performance are expected to remain similar as well.

Stopping power is provided by a 300 mm front disc brake and a 240 mm rear disc brake as well. The Royal Enfield Himalayan is equipped with a 41 mm telescopic front fork with 200 mm travel and rear sports monoshock absorber with 180 mm travel. This updated bike is in deed priced higher by nearly Rs. 21,000 but disappointingly no ABS is being offered even as an option. 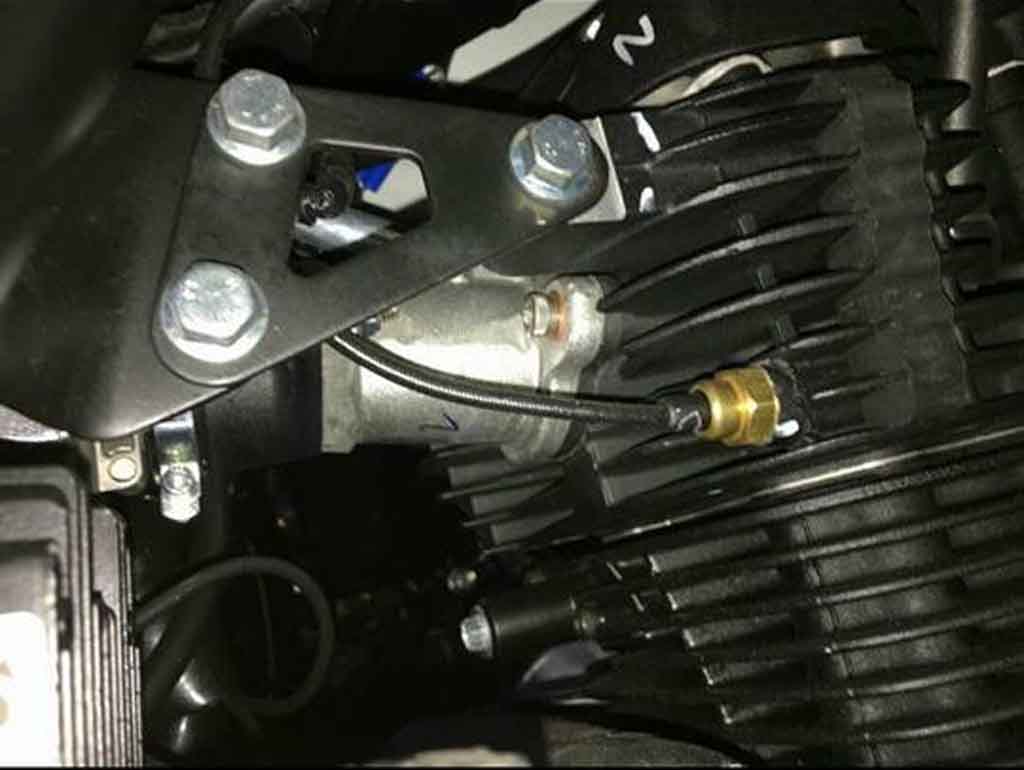 Meanwhile, Royal Enfield is working on a more powerful Himalayan that will be powered by a 750 cc engine. This same engine will generate power for the brand’s upcoming flagship model Continental GT 750. The motorcycle manufacturer has also announced that it will revamp its entire portfolio in next two to three years. However, the Classic range and Continental GT will continue selling. The Classic 350