The Royal Enfield Himalayan 450 is expected to go on sale sometime next year in India judging by the regular sightings of the prototypes. The test mule you see here shows a lot of information we have already known so far. It gets new body panels, a high stack front beak, a tall transparent windscreen, a split seat setup and a larger fuel tank compared to the Himalayan 411. 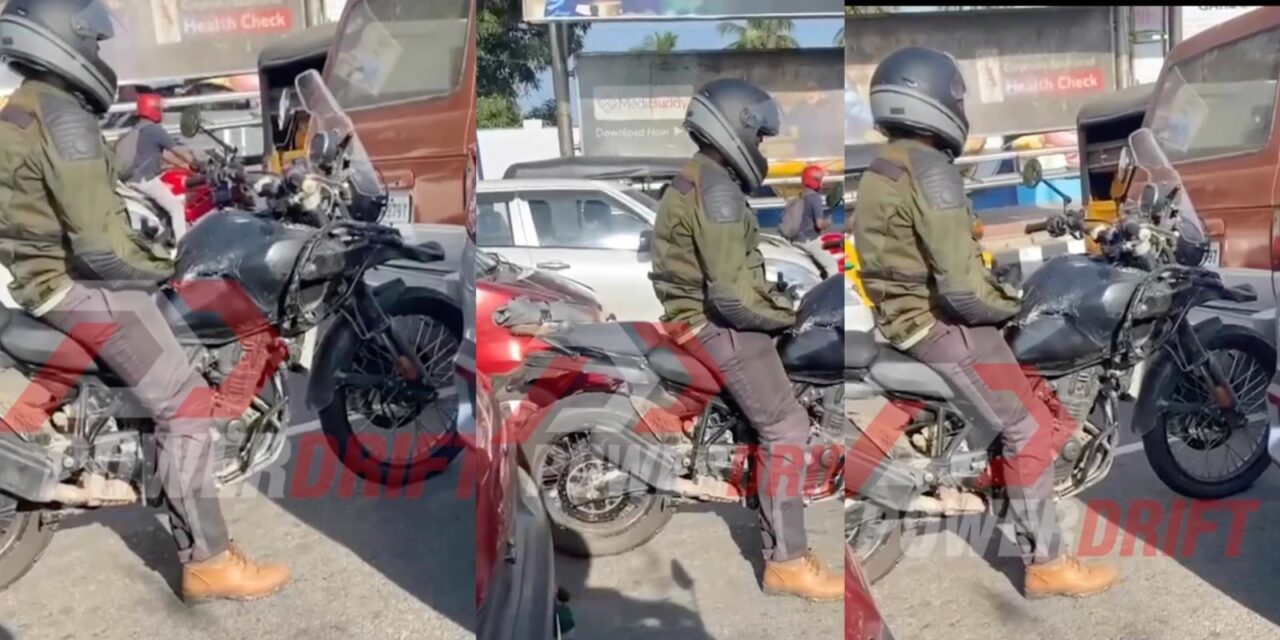 It will take on the KTM 390 Adventure directly along with the BMW G310 GS and the upcoming Hero Xpluse 400. The Himalayan 450 is suspended on upside-down front forks and an off-set rear monoshock suspension while the braking duties are handled by front and rear disc brakes with a dual-channel ABS system.

The adv appears to have more hardcore off-road characteristics compared to the Himalayan 411 and it looks to sit on a brand new architecture that should help in reducing the overall kerb weight – the 411 has it at close to 200 kg. It will reportedly derive power from a new 450 cc single-cylinder liquid-cooled fuel-injected engine.

It is expected to produce a maximum power output of around 40 bhp and will be paired with a six-speed transmission with a slipper and assist clutch as standard. The Royal Enfield Himalayan 450 could be priced aggressively against its competition. The company is currently working on launching the new-gen Bullet 350 and a pair of 650 cc motorcycles as well.