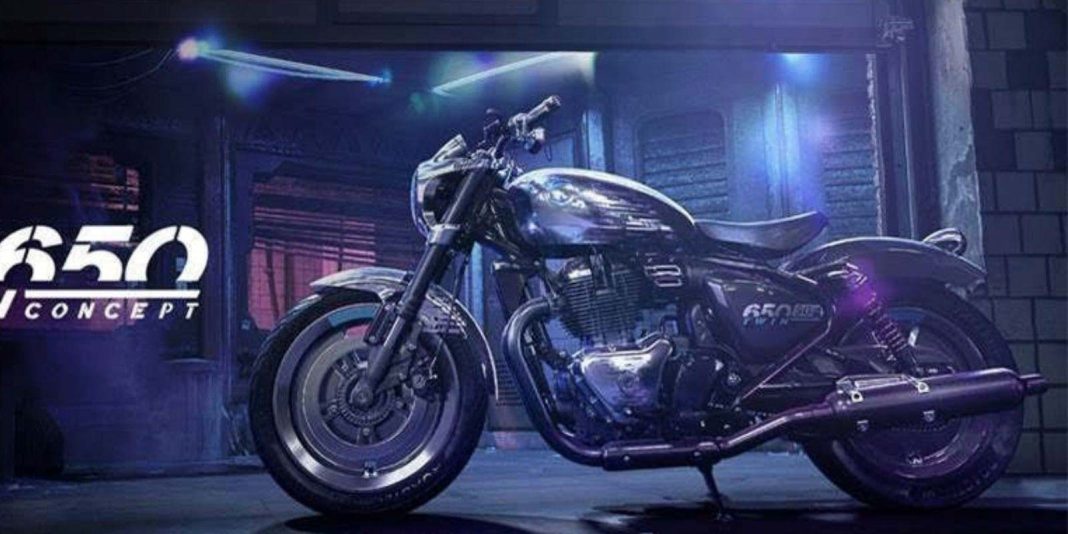 Royal Enfield has already confirmed that the Super Meteor 650 will make its global premiere on November 8 at the EICMA 2022 show in Milan, Italy. The unveiling event will be broadcast on its official Youtube channel at 4 pm. The Super Meteor 650 will become the brand’s flagship motorcycle upon arrival and is expected to cost around Rs. 4 lakh.

The test mules of the Royal Enfield Super meteor 650 were spotted testing multiple times in their near-production guise. The Chennai-based manufacturer is also simultaneously testing the Shotgun 650 and it was also caught in its production-ready state quite a few times. The SG650 was expected to debut alongside the Super Meteor 650 at EICMA.

But it does not appear to be the case as RE has only teased the Super Meteor 650. In the last edition of EICMA, Royal Enfield revealed the SG650 concept and we do expect the company to bring in a new concept at this year’s event. However, no official confirmation has been made yet. We do suspect so considering that RE is also developing a scrambler based on the 650 cc platform.

The Royal Enfield Scram 650 was spied testing a few weeks ago in the United Kingdom and the prototype emerged on public roads in India only recently for the first time. To create more enthusiasm, RE could display a new concept previewing an upcoming 650 cc motorcycle. It must be noted that Royal Enfield is also testing a couple of 450 cc motorcycles as well.

The Royal Enfield Himalayan 450 has been rigorously tested and it was even teased by Sid Lal a few weeks ago. It will be powered by a new 450 cc single-cylinder liquid-cooled engine producing around 40 bhp and it will be paired with a six-speed transmission with a slipper and assist clutch as standard.

It could directly take on KTM 390 Adventure upon arrival sometime next year. A scrambler-styled motorcycle based on the upcoming 450 cc platform is also being tested. RE will more likely launch the new generation Bullet 350 in early 2023 as well.