Royal Enfield is the most popular premium motorcycle brand in India, beloved by tens of thousands of enthusiasts across the country. Plenty of RE motorcycle owners love to customise their rides, and there are multiple workshops and garages all over India that specialize in modifying Royal Enfield bikes. Here, we have featured one such modified motorcycle.

Christened ‘FF650 CafeR’, this custom project build is based on a Royal Enfield Continental GT650, and it looks absolutely pretty. The biggest change is the new front fairing, which doesn’t hide the engine. That’s likely because the engine is air & oil-cooled, and a full fairing would’ve created heating issues. The fairing and the sleek visor do give it an aerodynamic design.

A custom belly pan has been added as well, which neatly integrates into the fairing. The motorcycle gets a cafe-racer-inspired single seat, along with a new rear cowl. It still has its stock ‘Sunset Strip’ paint scheme, and the new fairing and rear cowl sport black and red paint to match that. Also, the front visor has been blacked out. 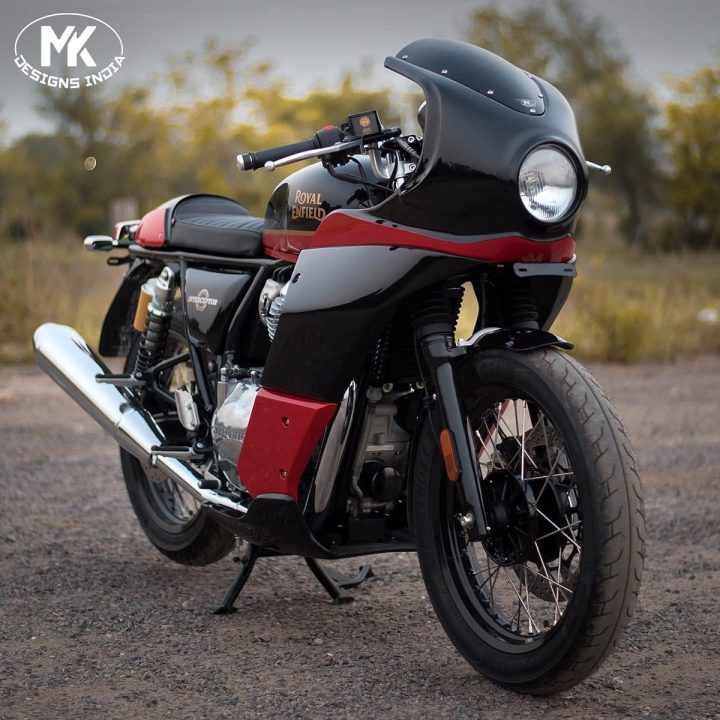 Beespoke was responsible for conceptualising and designing this custom kit, while MK Designs manufactured the kit and customised the motorcycle. The paint job was handled by One Cars. The changes are few in number, but they completely transform the look of the bike. The workshop has not shared any details about mods to the engine.

A stock Royal Enfield Continental GT650 is powered by a 648cc parallel-twin engine. This powerplant is good for 47.65 PS and 52 Nm of peak power and torque, respectively, and it comes mated to a 6-speed transmission. A slipper clutch is also offered as standard on it. 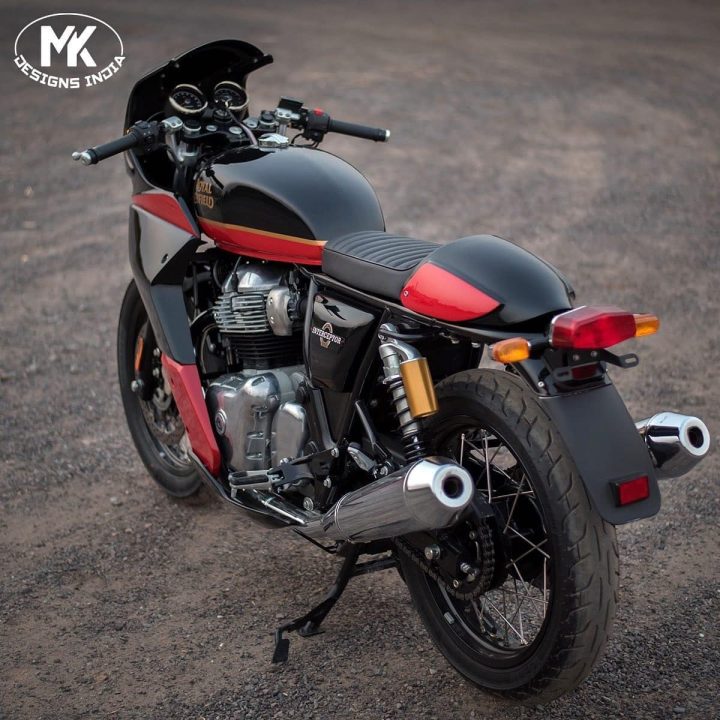 Currently, RE Continental GT650 is priced from Rs. 3.06 lakh to Rs. 3.32 lakh (ex-showroom, New Delhi). It doesn’t have any direct rivals in the Indian market, but its closest competitors are Kawasaki Z650 RS and Benelli Leoncino 500. With price in mind, KTM 390 Duke, Honda CB300R and BMW G310 R can be considered its rivals as well.