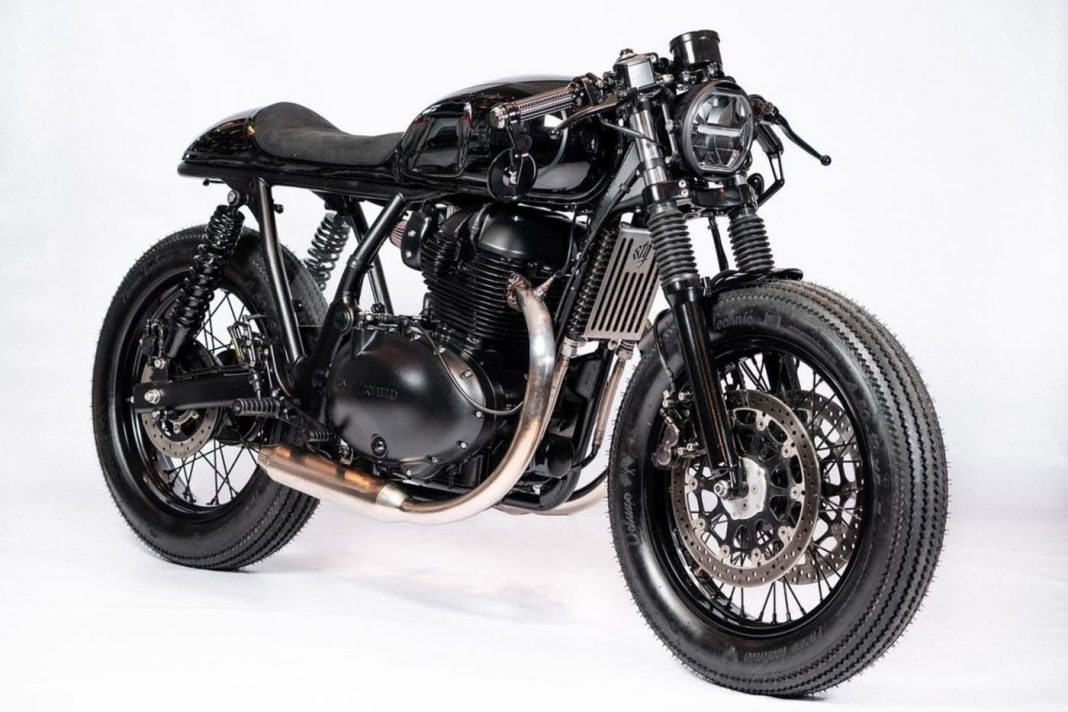 Royal Enfield is one of the most popular motorcycle brands in India, and it has also been gaining popularity in plenty of international markets as well. Like in India, RE has been gaining momentum in the custom motorcycle globally, and we’ve recently seen a few beautiful custom-built Royal Enfield machines from foreign countries.

Here, we bring you another such example, built by STG Tracker of Argentina. This here is a Royal Enfield Continental GT650, which has been thoroughly modified to look lean and clean, with a neo-retro touch. At the front, we see an aftermarket LED headlamp, along with a shorter front fender. The stock instrument cluster has been replaced by a new single-pod semi-digital unit.

The clip-on handlebars get new switchgear and grips, and we also see bar-end mirrors and bar-end turn-indicators here. The fuel tank has also been modified, and features a flush-type fuel filler cap. The motorcycle gets a custom single seat with a rear cowl, and the motorcycle’s frame has been chopped short at the tail-end, with no fender at the rear. 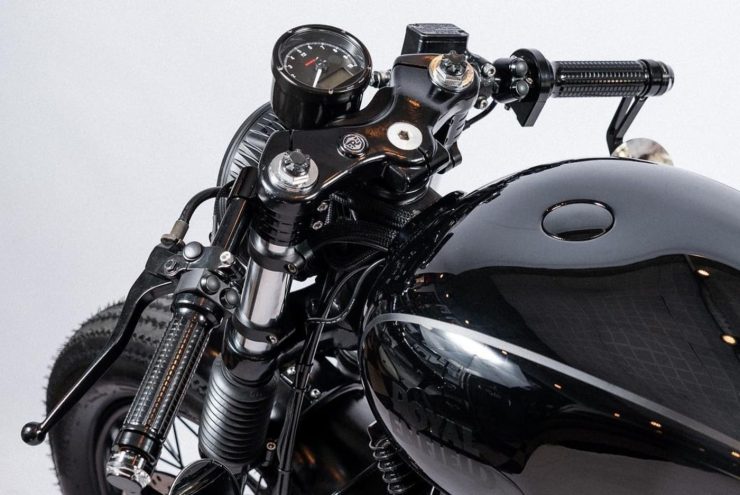 The rear suspension consists of aftermarket dual shockers, with integrated turn-indicators at the top mounts. The side panels have been removed, giving the motorcycle an exposed and hollow look. Interestingly, the fuel tank, seat, and rear cowl are designed as a single unit, and they can be removed together.

We also see custom dual exhaust pipes, which are short and stubby units. The motorcycle sports a gloss black paint on the fuel tank and rear cowl, with dark grey pinstripes. The tank also gets ‘Royal Enfield’ branding in dark grey. The frame and engine assembly have been finished in matte black, which gives the motorcycle a stealthy look. 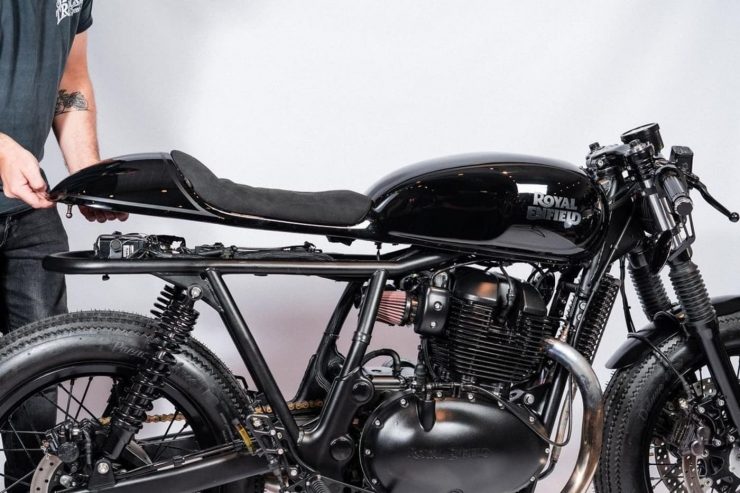 The footpegs, gear lever, and brake lever are new as well, and a new air filter has been installed here, along with a custom radiator guard. This modified Royal Enfield 650 cafe racer also gets a pair of balloon-type tyres, shod on blacked-out wire-spoke rims. The braking system has been upgraded with dual discs at the front, for extra biting power.