This custom-built scrambler is actually a modified Royal Enfield Classic 350, with lots of major design changes all around

Royal Enfield is a motorcycle brand synonymous with customisations; plenty of enthusiasts own RE bikes in India, and a lot of them love to modify said bikes as per their tastes. Due to Royal Enfield’s immense popularity in India, the aftermarket support for it is extremely strong. There are plenty of garages across the country that specialise in customising RE motorcycles.

EIMOR Customs of Hyderabad is one such workshop, which has prepped plenty of beautifully customised Royal Enfield motorcycles over the years. The garage recently shared pictures of a new custom scrambler they built, based on a Classic 350, christened “Maximus”. This custom-built motorcycle sports a lovely dual-tone paint scheme – Dark Teal and Black – with bright red highlights.

At the front, we see an aftermarket LED headlamp with a bright red metal guard. The handlebar is new as well, and it gets bar-end LED turn indicators. The fuel tank looks very pretty, thanks to the red pinstripes and “Maximus” branding on it. The frame of the motorcycle has been altered a little, allowing a single-piece seat to be mounted here. The rear fender is custom-built, sporting the rear numberplate at the very end. 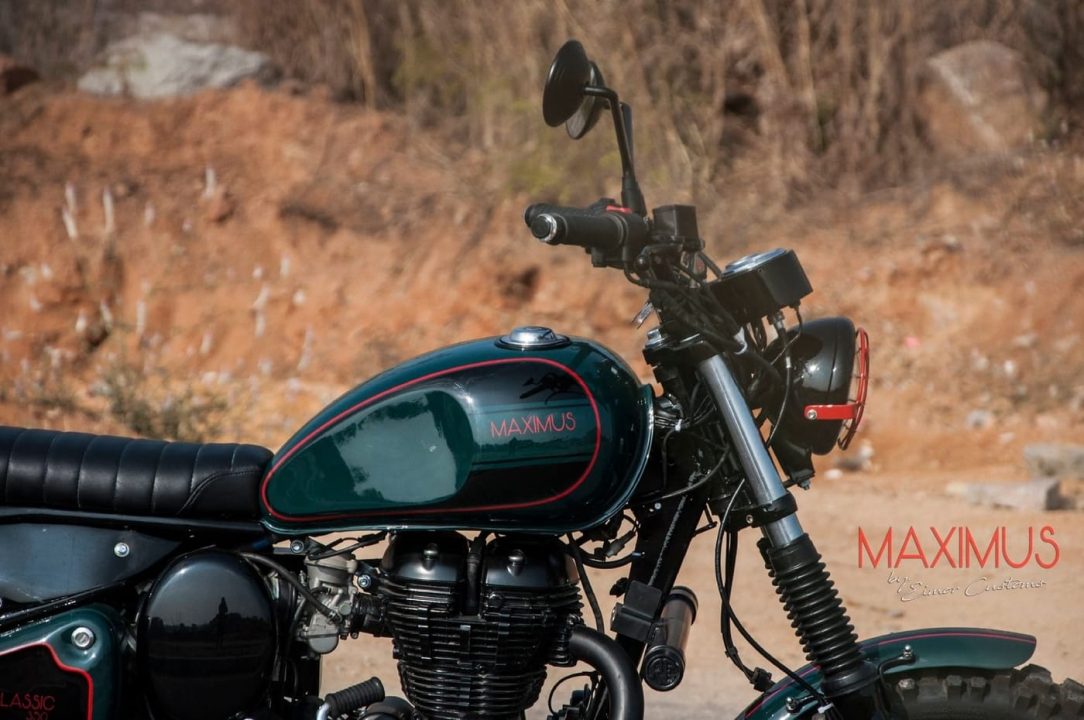 The taillight is comprised of an LED strip integrated into the tail end of the bike’s frame. A custom top-box carrier and a pair of jerry can holders have been installed as well, all bright red in colour. The side boxes sport a black finish with red pinstripes, which also looks extremely cool. The engine assembly is completely blacked out, and the aftermarket exhaust has an all-black finish as well.

The bike also gets a single rod crash guard and a bash plate, which are useful additions here. We also see an aftermarket pair of wire-spoked wheels, shod with block-pattern tyres. The front fender is a tiny, custom unit, and the front forks get gators. The workshop has added red highlights to the brake callipers to further enhance the visual appeal. 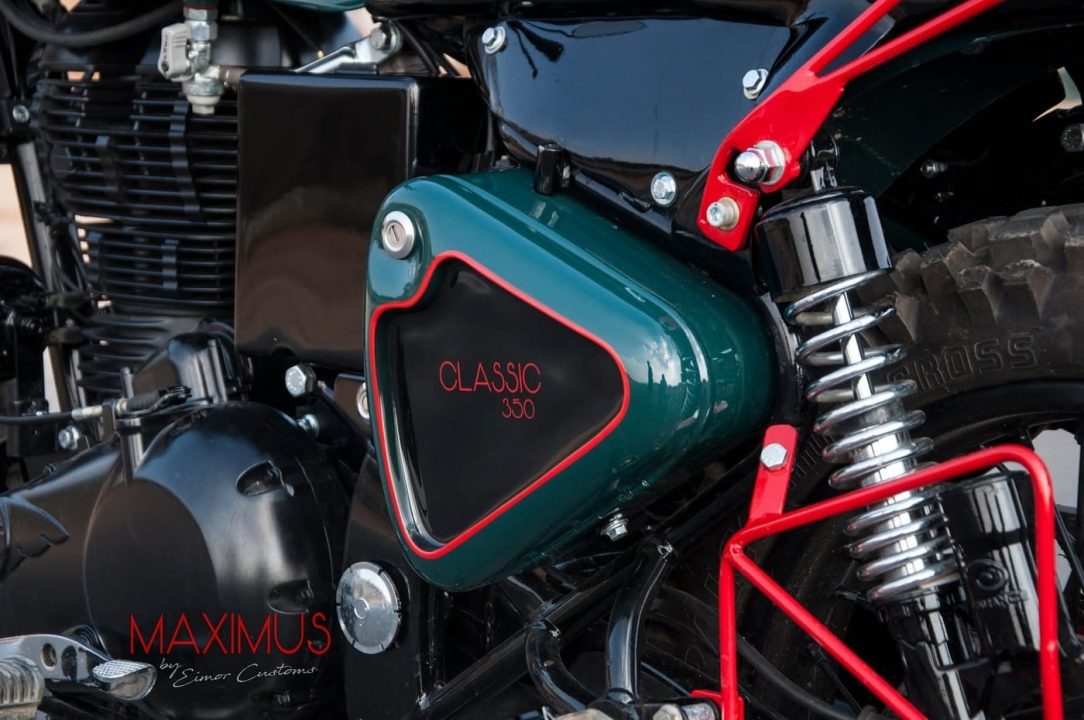 As per EIMOR Customs, the owner of the motorcycle wanted a sporty scrambler, well suited for both the city and for long rides. Of course, being a scrambler, this machine can also handle off-road terrains. The design is extremely attractive, and it’s hard to recognise this as a Royal Enfield Classic 350.