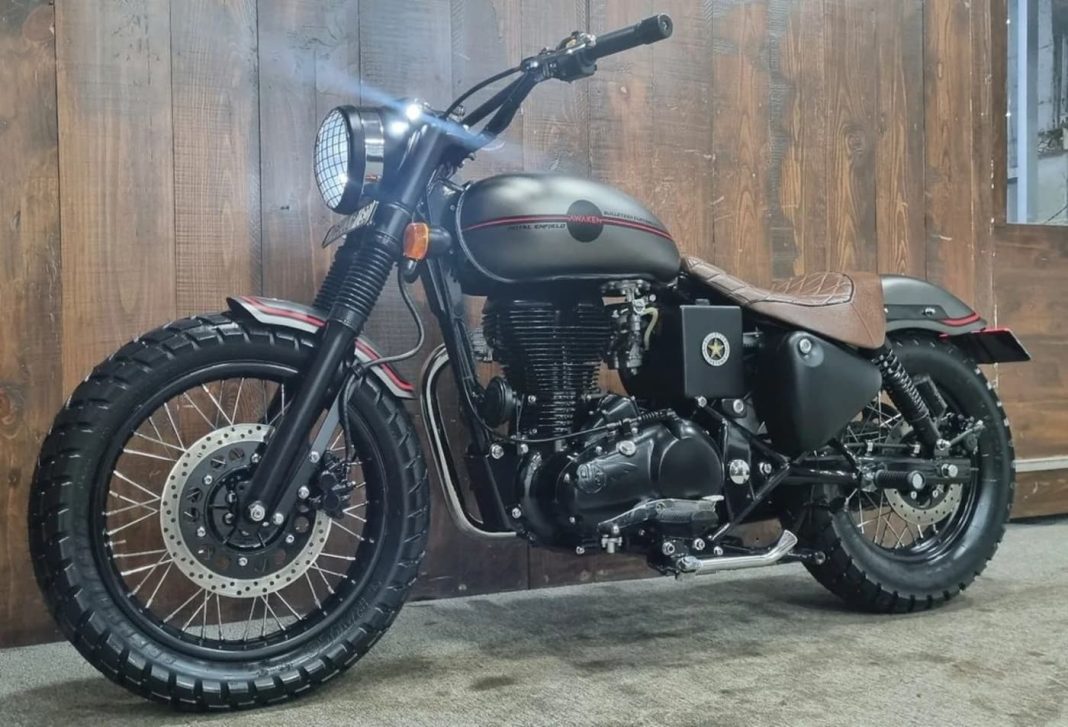 Check out this modified Royal Enfield Classic 350, built by Bangalore-based Bulleteer Customs, which has been transformed into a sleek bobber

Royal Enfield Classic 350 is the most popular model in the 250cc-500cc segment in the Indian motorcycle market. A majority of the people who purchase one end up modifying it, which is especially easy as RE motorcycles enjoy strong aftermarket support in India. Also, there are plenty of workshops across the country which specialise in customising Royal Enfield bikes.

Here, we have a brilliant-looking custom Royal Enfield Classic 350, built by Bulleteer Customs. Christened project ‘Awaken’, this modified motorcycle features a brilliant paint job – red and black pinstripes over grey body panels. On the fuel tank, we also see ‘Royal Enfield’ and ‘Bulleteer customs’ branding, along with the project’s name in a custom logo.

The headlamp gets an aftermarket grille cover, and we also see a tiny front fender. The headlamp cowl has been blacked out, similar to the side boxes, battery cover, airbox, and engine assembly. We also see an aftermarket braced handlebar, which is taller than the stock one. Also, the battery box and the airbox have the workshop’s logo. 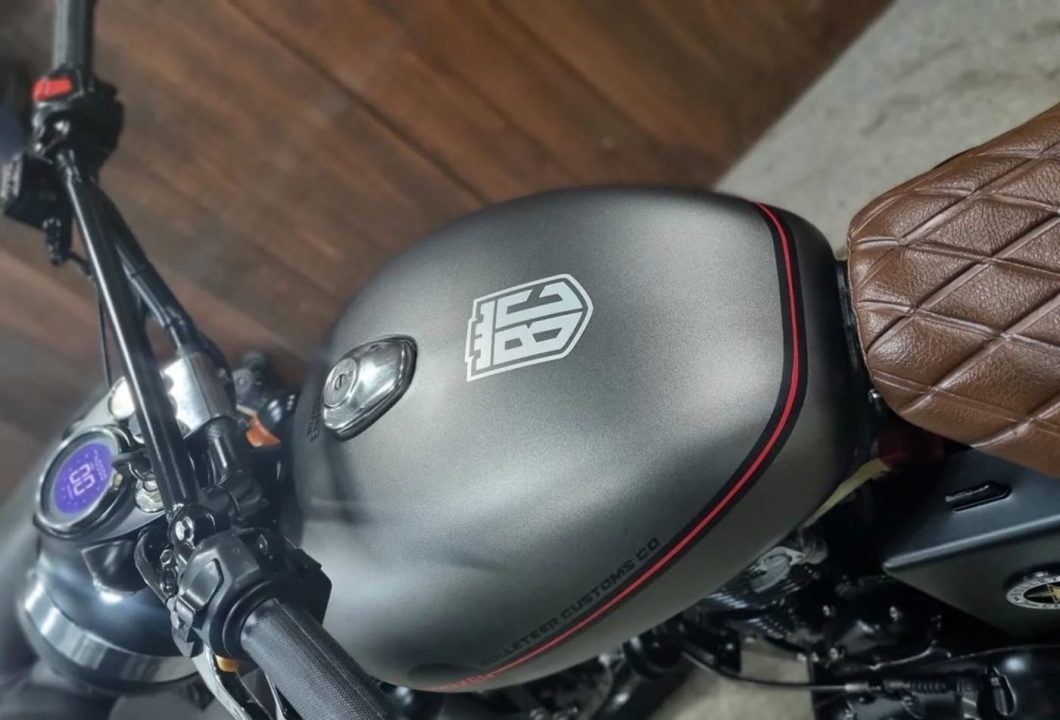 The rear fender is new as well, with a tiny aftermarket taillight and a numberplate holder at the end. The motorcycle gets custom seating as well, featuring tan leather covers. The rider’s seat is nicely scooped and sculpted, and it is positioned low. The pillion seat is removable, allowing the rider to turn it into a single-seater whenever they wish.

A custom exhaust can has been installed here, which looks extremely pretty. Other than that, we also see that the bike gets aftermarket wire-spoked wheels – larger at the front and smaller at the rear – with new tyres shod on them. The stock instrument has been replaced by a new digital system with an LCD screen. 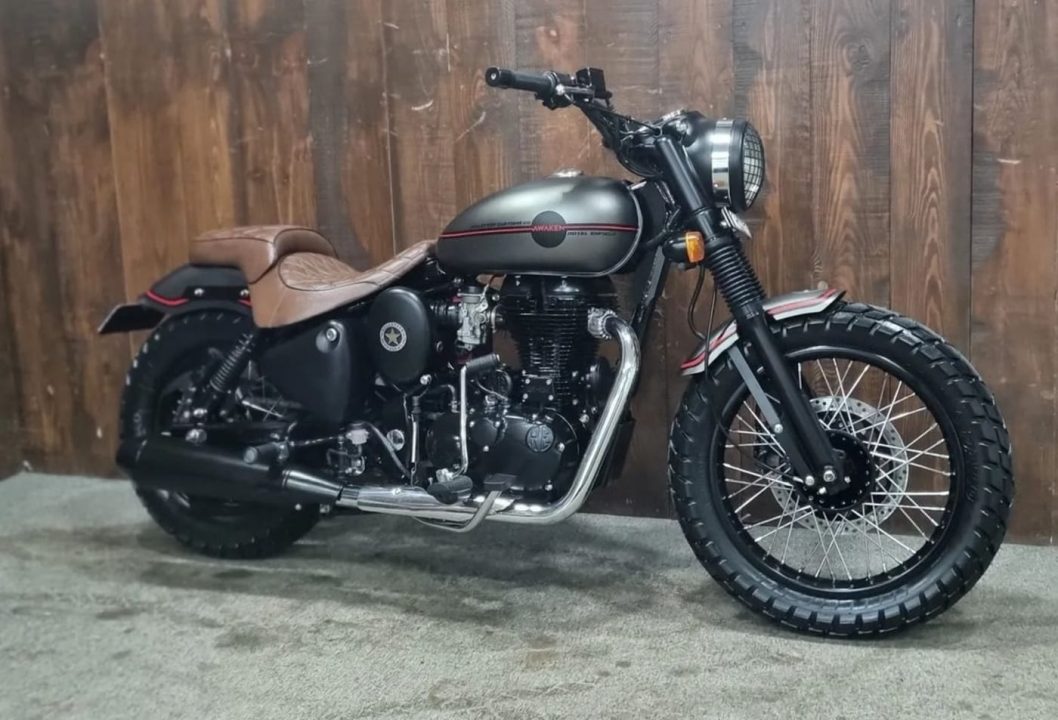 This particular model is a previous-gen Royal Enfield Classic 350 (carburetted version). It was powered by a 346cc, air-cooled, single-cylinder engine that delivers 20 PS of maximum power and 28 Nm of peak torque. Transmission duties are handled by a 5-speed transmission.