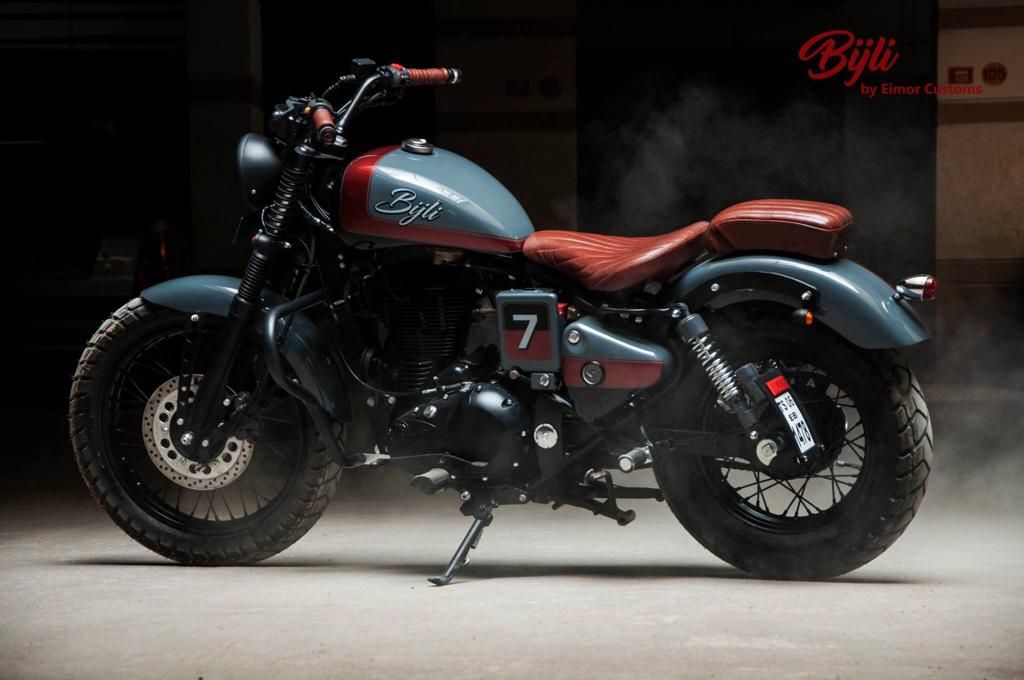 Royal Enfield branded motorcycles are one of the most modified motorcycles in the Indian market. Eimor Customs, one of the leading Royal Enfield-based custom bike maker has released a new bike called the Bijli and it looks exceptional. There are a number of changes done on the bike, giving it a completely new and transformed look.

To start with, the front has been updated with aftermarket projector headlamp with black housing. The front telescopic suspension gets fork gaitors that add the retro design to the bike while coil-overs have been added to the top part of the front suspension. The front fender has been chopped off.

The Bijli gets a minimalistic design and there is a single-pod instrument console. Eimor has also added a digital display and an analogue tachometer to give it a modern look. The front indicators are smartly integrated to the handlebars. It looks quite good. The grips on the handlebar have been given leather wraps for that classy look. 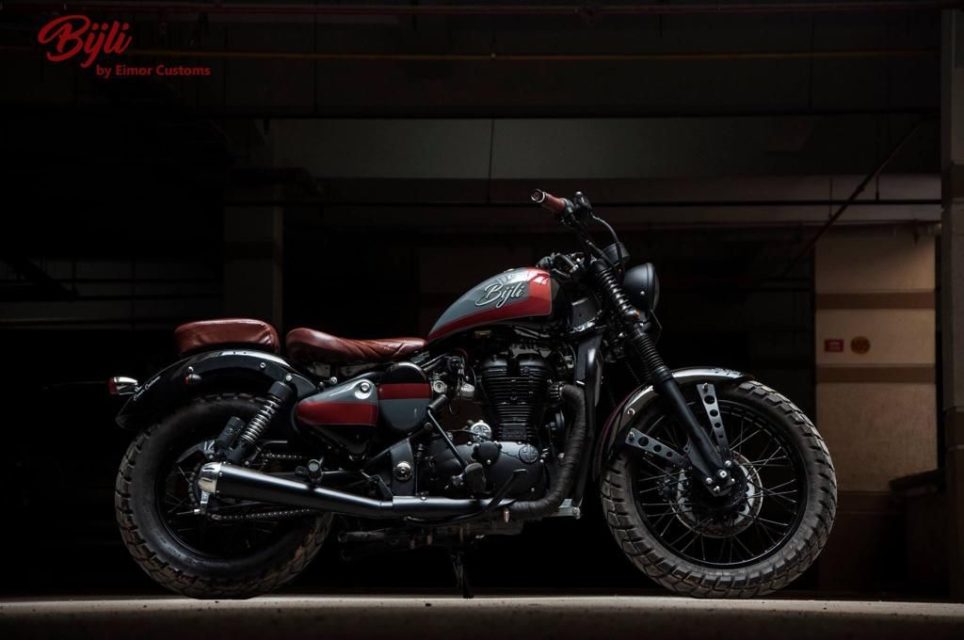 The aftermarket customised fuel tank of the bike gets the “Bijli” moniker. It gets the three-tone paint scheme with blue, red and black paint. The fuel lid has been customised with chrome paint. The seats are handmade and are split. The retro tan leather makes the whole bike look quite interesting.

It is not known if the pillion seat is removable. The Bijli also gets a voltage meter mounted on the side panel of the bike. It is mounted on the toolbox. The Bijli also gets an aftermarket megaphone exhaust but no changes have been done to the engine of the bike. Other changes include 140mm, 15-inch tyre in the rear while the braking set-up is also stock. 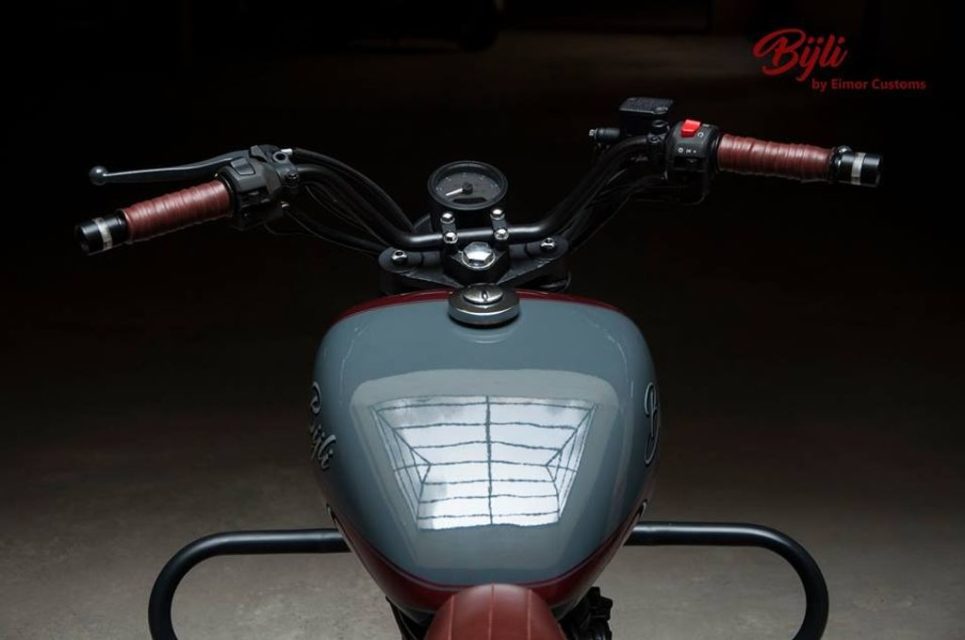 Royal Enfield bikes are one of the most loved bikes by the custom garages in India. There are a lot of possibilities to modify a Royal Enfield bike. Royal Enfield also releases factory custom models based on their various products. The exact price of the modification is not known but it is expected to be around a lakh.