Honda has patented the steering assist system, which makes manoeuvering the bike much easier

Honda Motorcycles may soon get steering assist systems according to a new leaked patent. Honda’s latest steering assist system will work to make it easier to handle the bikes, especially the big touring-class bikes like the Honda Goldwing. The patent was filed on 8 September 2016 and was leaked a few days ago.

The steering assist system incorporates the technology from the Honda NeoWing concept motorcycle. The three-wheeled bike came with a similar steering assist but came in a very bulky set-up. The new patent images show a much more compact set-up of the similar set-up.

The system uses a series of assist motors that takes input from the handlebar and controls the front wheel. The system is similar to the power steering set-ups in four-wheelers. It reduces the effort needed to turn a heavy motorcycle at slower speeds. This makes the steering action much lighter compared to the regular steering set-up. 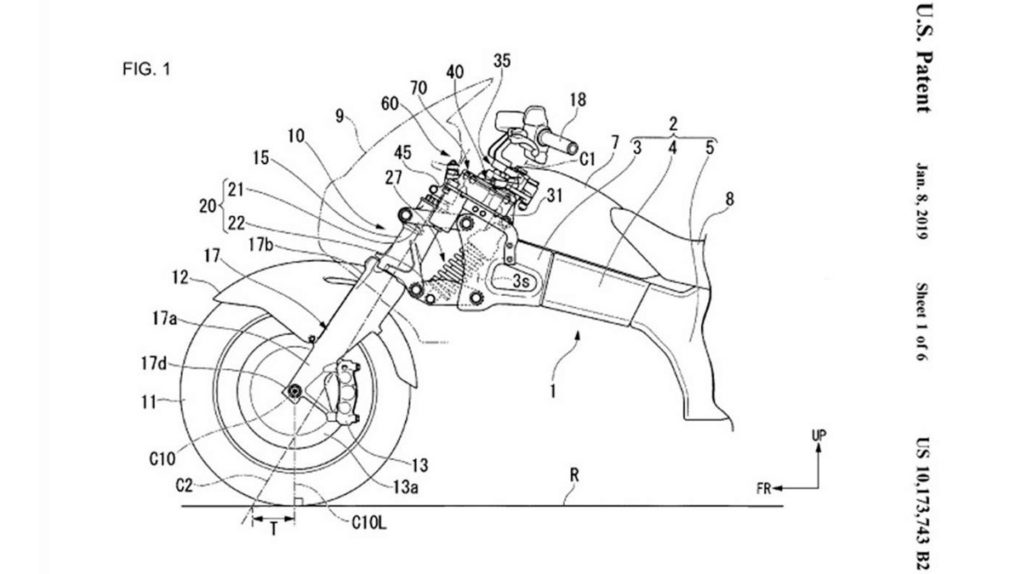 It remains unknown when or which bike will get the steering assist system first. It is quite possible that Honda will launch the system with the flagship touring bike Goldwing. The next-generation of the Honda Goldwing may actually become the first production motorcycle in the world to get the system.

The Honda Goldwing already gets a host of features that are similar to the cars. The extremely heavy bike gets a reverse gear, waterproof speakers and even AC vents for the comfort of the rider. There is even a cruise control system in the Goldwing. It is also the only bike in the world to offer an airbag.

The steering assist system will ensure that the handle moves without much effort by the rider. This will make the bike much agiler and easy to ride even in thick traffic. Honda may also launch the steering assist system in other Honda products in the future. The complicated system will surely increase the overall price of the motorcycles but with added convenience, of course.