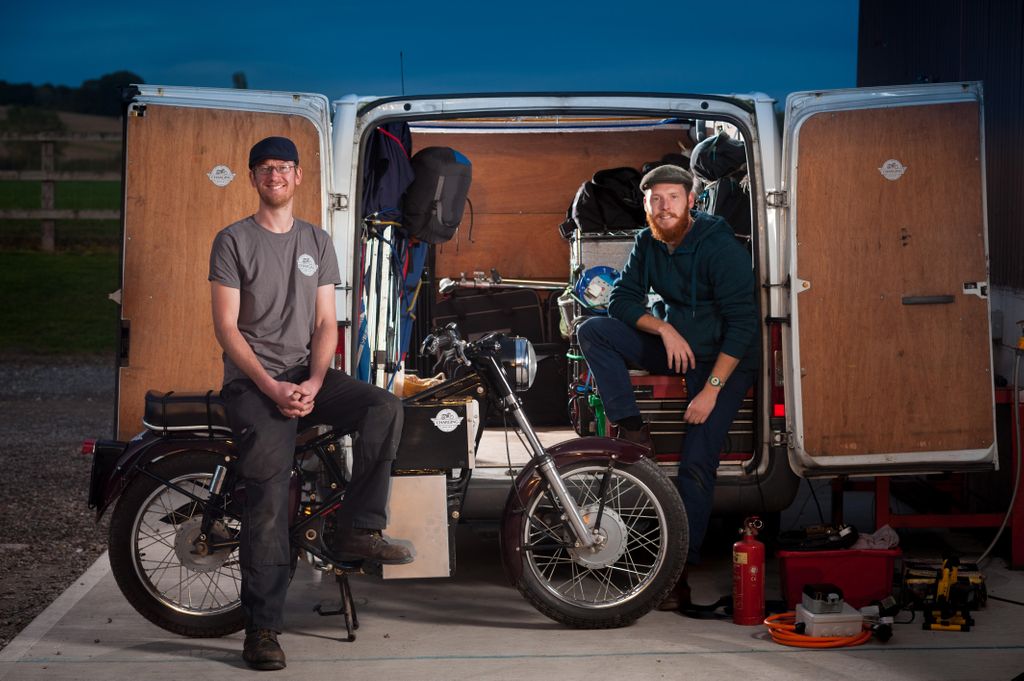 A UK based mechanical engineer Fred Spaven and a filmmaker named Finn Varney are working together on a project called Charging Bullet. They have taken a 1961 retro Royal Enfield Bullet 350 and swapped its old thumping heart with an electric motor. However, the story does not end there; their mission is to take the electric Royal Enfield on a 1200 mile Road trip from Land’s End to John o’Groats in the UK.

While Finn the filmmaker will film and document the entire road trip on his camera Fred will be riding the eco-friendly machine. In the end, they will edit and make a documentary about the entire journey and submit the project at Sheffield International Documentary Festival.

This entire road trip is still at an early stage and mostly unplanned but they have a rough plan of covering 1200 miles like we already mentioned. They will recharge the motorcycle batteries along the way at public charging points, campsites, and hostels where they will be staying at.

Besides that, they will also be calling the top renewable energy producers, electric vehicle companies and sponsors along for recharging their motorcycle. Although they won’t face any problems charging their motorcycle in England they may face slight issue while they enter Scotland which is a more remote place and facilities are also few there. 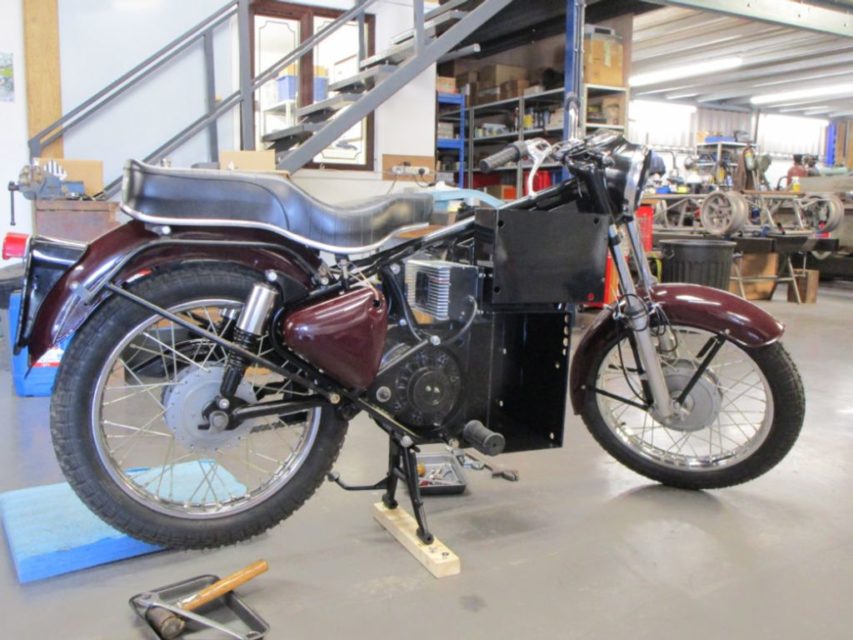 Coming to the motorcycle while the donor frame is from a retro 1961 Bullet 350 but Fred has swapped the old engine with a new electric motor. Initially, they thought of using Lead-acid batteries for powering the electric motor but those batteries are not only heavy but also has a chance of spilling its acidic contents. So after a lot of research and planning, they decided to go with twelve Nissan leafs Lithium-ion batteries.

The battery modules will store 5kWh of charge to power the DC motor, providing 8.5kW at 48V. They are also storing an additional six batteries in the panniers that will give 7.5kWh for touring. The entire battery pack and the electric motor is positioned and bolted on a steel subframe on the motorcycle designed by Fred himself at Spaven engineering which his own workshop where he works where he restores and modifies vintage and classic motorcycles.

Apart from the subframe to support the battery pack and electric motor the rest of the motorcycle uses stock parts. The Bullet 350 still uses the original conventional telescopic forks at the front and twin shock absorbers at the rear. To keep the retro aura alive Fred has kept the stock drum brakes of the old motorcycle intact. This is an expensive project and although Fred and Finn completed the restoration project themselves they are looking for public funding to complete the road trip