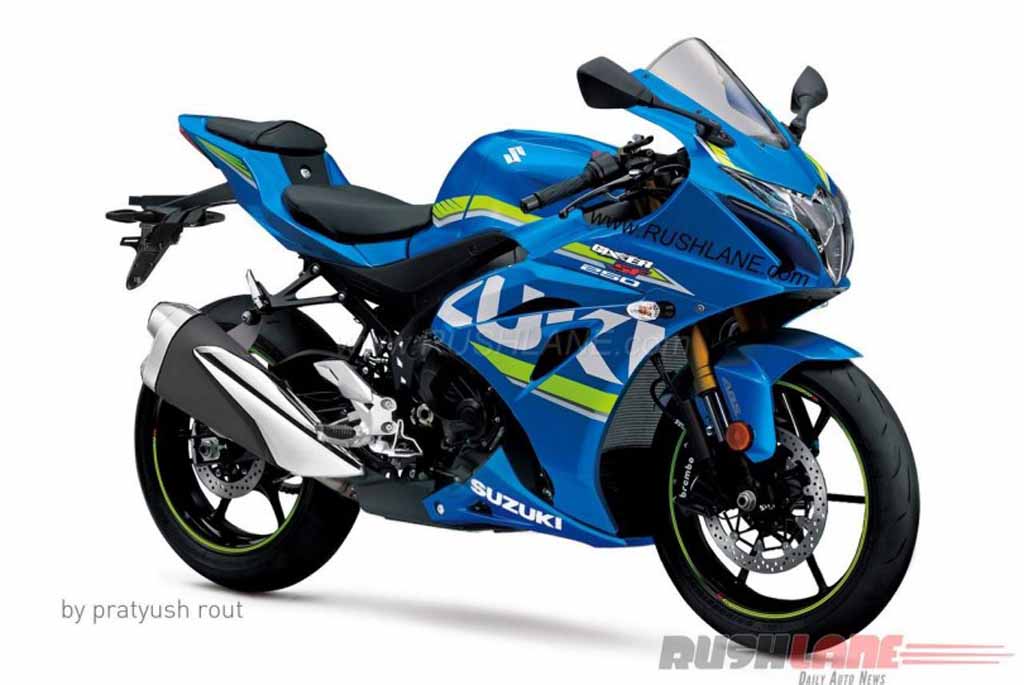 The Suzuki Gixxer has become quite popular in Indian market thanks to its energetic and sharp styling. The sporty bike lineup is about to get an all new model in form of Gixxer 250, which is under progress. Meanwhile Rushlane has posted a rendering image of the upcoming Suzuki Gixxer 250, which suggests what it can look like in flesh.

As the rendering image suggests the new bike will take the design cue from both of its smaller and larger siblings, which are the Gixxer SF and GSX R-1000 respectively. The front has been designed heavily inspired by the larger sibling GSX R-1000. At the front the bike gets sharp fairing. The fuel tank is muscular and makes the bike very much curvy. The seats come in raked split seat configuration, which certainly gives the bike an elongated appearance. At the rear the twin exhaust add on zing to the bike, which has been derived from the smaller sibling.

The bike is expected to be built on the single downtube frame borrowed from the Gixxer 155, it will become stronger albeit. The suspension duty will be done by standard telescopic fork at the front while the rear will sport monoshock suspension. Braking duty will be done by disc brakes at both the front and rear wheels. Suzuki is likely to offer ABS for the Gixxer 250, as an optional feature although. Power source for the Suzuki Gixxer 250 will be a single cylinder liquid cooled 250 cc engine which would be paired with a 6 speed gearbox.

Expect the bike to get unveiled sometime around later this year or early in 2017. Once launched, the bike will directly take on the Honda CBR 250R and Mahindra Mojo. With both of its competitors have already stirred interest among customers in the segment the Suzuki Gixxer 250R will have to come aggressively priced, which can be done if the Japanese two wheeler manufacturer assembles the bike locally in the country.