As part of showcasing its green mobility solutions, Renault has displayed the Zoe electric hatchback at the ongoing 2020 Auto Expo held at India Expo Mart in Greater Noida. It is a no stranger to the event as the Zoe featured at Renault’s pavilion in 2018 as well. The exhibit is the latest version of the zero-emission hatchback as it gained many updated last year.

The improved Zoe with more tech, performance and features, compared to the previous model, also gets loads of modern equipment. The Zoe is accompanied by the Kiger compact SUV, which took the limelight, Symbioz concept, Kwid EV and others. It is a city runabout with small footprint and thus easy to park in tight spaces mostly people would normally end up with. 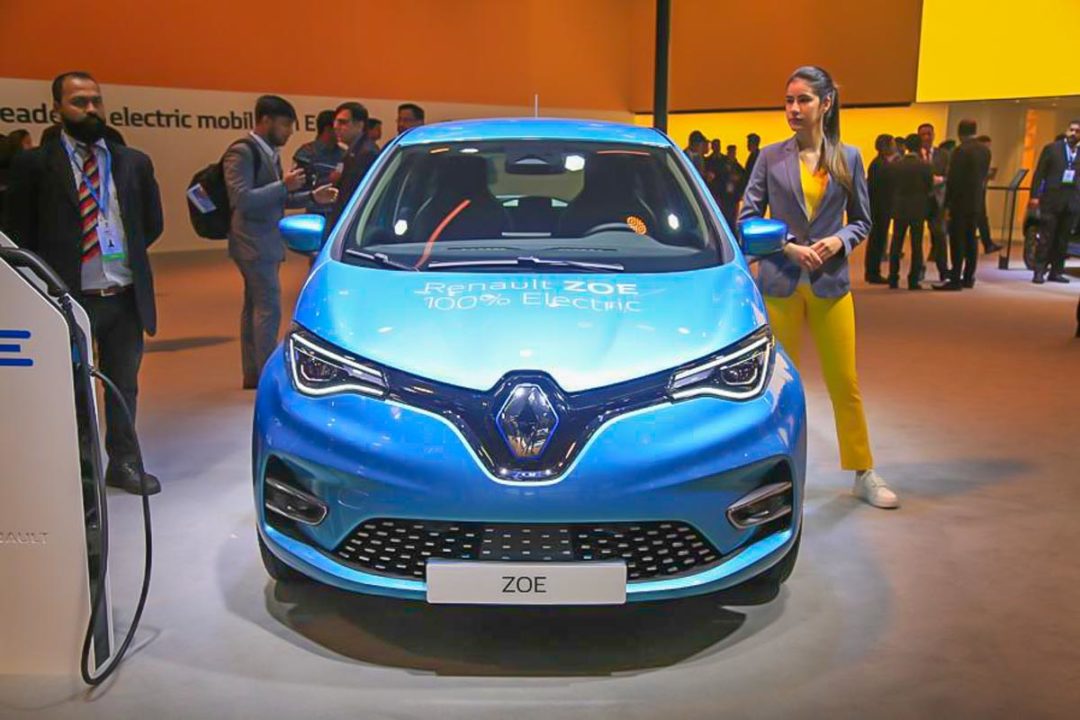 It can be charged via port by opening up the badge and it packs a 52 kWh battery that is claimed capable of dishing out 134 PS and 245 Nm of peak torque. It can accelerate from zero to 100 kmph in 9.5 seconds before topping out 140 kmph. The fast charging facility replenishes the Zoe from zero to 80 kmph in about 70 minutes.

The electric hatch has a driving range of 385 km on a single charge in WLTP cycle. The interior gets a range of features such as a 9.3-inch touchscreen infotainment system, wireless charging facility, LED ambient lighting, electronic gear selector, different drive modes, EPB (Electronic Parking brake) and so on. 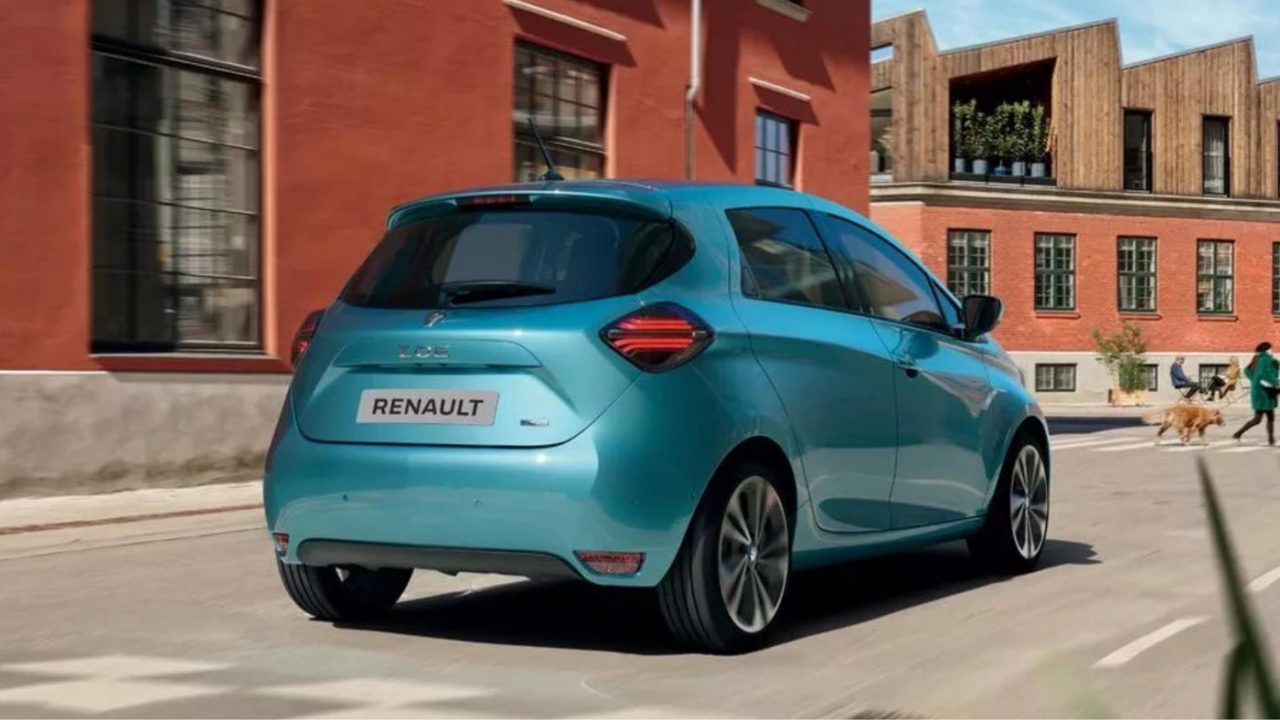 The cabin gets a black theme with blue highlights signifying its EV nature. The digital instrument cluster and various dials including that of the climate control can also be seen. The chances of Zoe launching in India are highly unlikely considering that it is tailor-made for developed countries but the arrival of City K-ZE (Kwid electric) could happen in the near future.