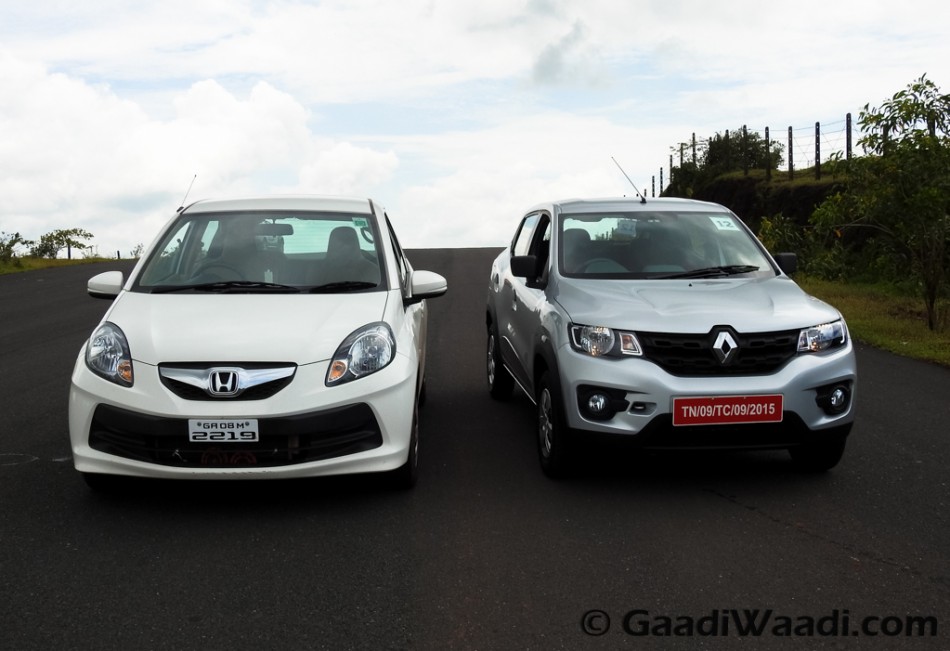 6Renault Kwid vs Honda Brio – A fight of the two unique cars in this segment, which offer more to customer, but in different ways

The entry-level hatchback market in India is one of the largest markets in the world. Everyone wants a piece of it. Renault is the latest entrant. Kwid has been the talk of the town lately because it aces every single hurdle you throw at it. Pricing is yet to come, but it is being promised by Renault that the Kwid will deliver the intense amount of value to its customer despite being loaded to the gills in every department.

The Kwid isn’t the only one with that promise as there is the favorite of the masses Honda Brio. Despite not a successful innings in India it continues to do decent numbers and hence we compare them for you to tell you which you should put your money on