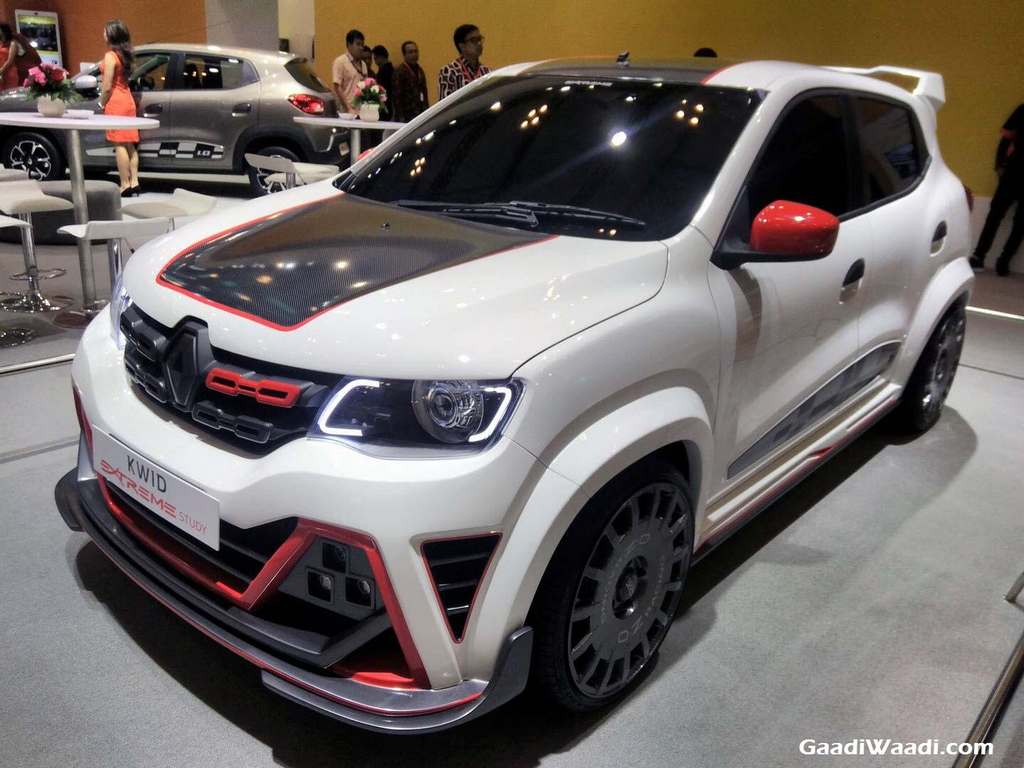 Renault has unveiled the Kwid Extreme Study edition at the ongoing Gaikindo Indonesian International Auto Show 2017. It comes wearing a performer guise with several accessories over the standard hatchback. The made-in-India car shows how the regular model can be customised into a very aggressive looking sporty car. However, it misses out on some features that were present in the Kwid Racer concept at 2016 Auto Expo.

The Kwid Extreme Study model comes with projector headlamps with integrated C shaped twin LED daytime running lights enhancing the visual appeal further. The front grille gets Red trim and the front bumper too appears with a revised look. It gets a red trim, horizontally slated air intake and there is a splitter at the bottom, while the side too gets faux air intakes. At both end of the bumper there are three cleverly designed square shaped LED lights creating a chequered flag style. It appears the French automakers tried to give it all the accessories in order to improve the car’s aerodynamic efficiency. 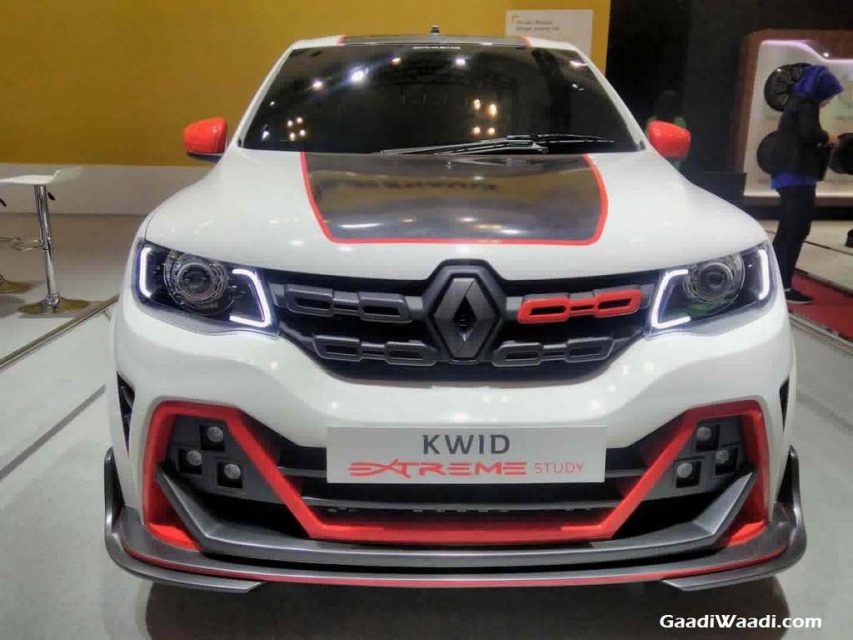 Also read: Renault Kwid Climber – All You Need to Know

Moving to the side profile, the flared wheel arches, larger wheels with OZ racing rims, side skirts, Red ORVM caps and black glass area are the design elements that increase the hatchback’s visual appeal. Moving to the rear, Kwid Extreme Study sports a roof spoiler that gives a vibe that this vehicle is ready to hit the track. The air vents, red trim at the bumper and a faux diffuser altogether increase the sportiness of this car. The hood and roof gets a thick carbon fibre finish with Red highlighting around it.

Inside the cabin, Renault Kwid Extreme Study edition sports exactly same design and elements that are visible in the standard hatchback. The automaker could have equipped the concept with bucket seats, a roll cage and racing harness just like the Kwid Racer concept displayed at 2016 New Delhi Auto Expo. 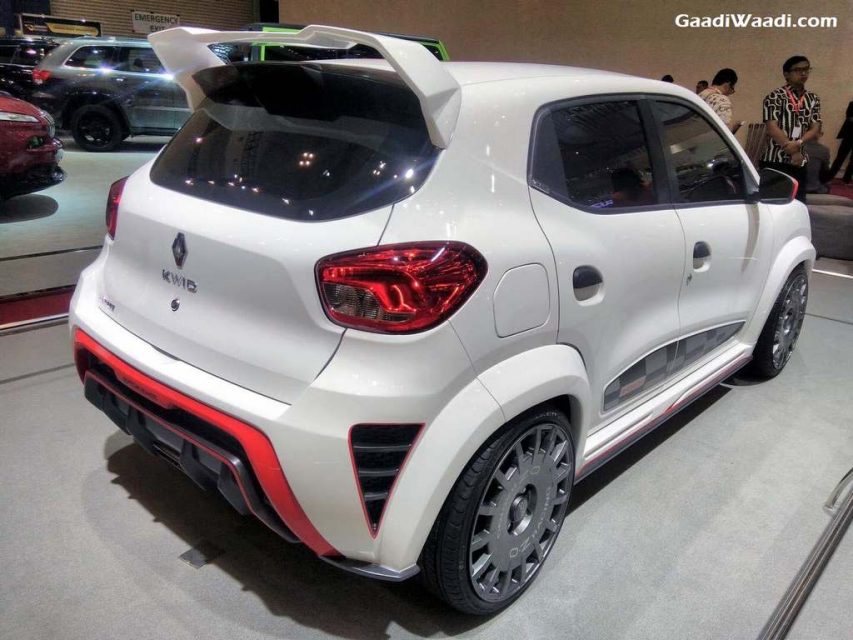 Renault sells the made-in-India Kwid in Indonesia with 1.0-litre SCe petrol engine that is capable of churning out 68 PS of peak power and 91 Nm of peak torque. Transmission duty in the Indonesia-spec model is done by 5-speed manual gearbox. Speaking about the Kwid Extreme Study edition, we can expect it to arrive here as the automaker previously announced about launching more variants of the popular hatchback.