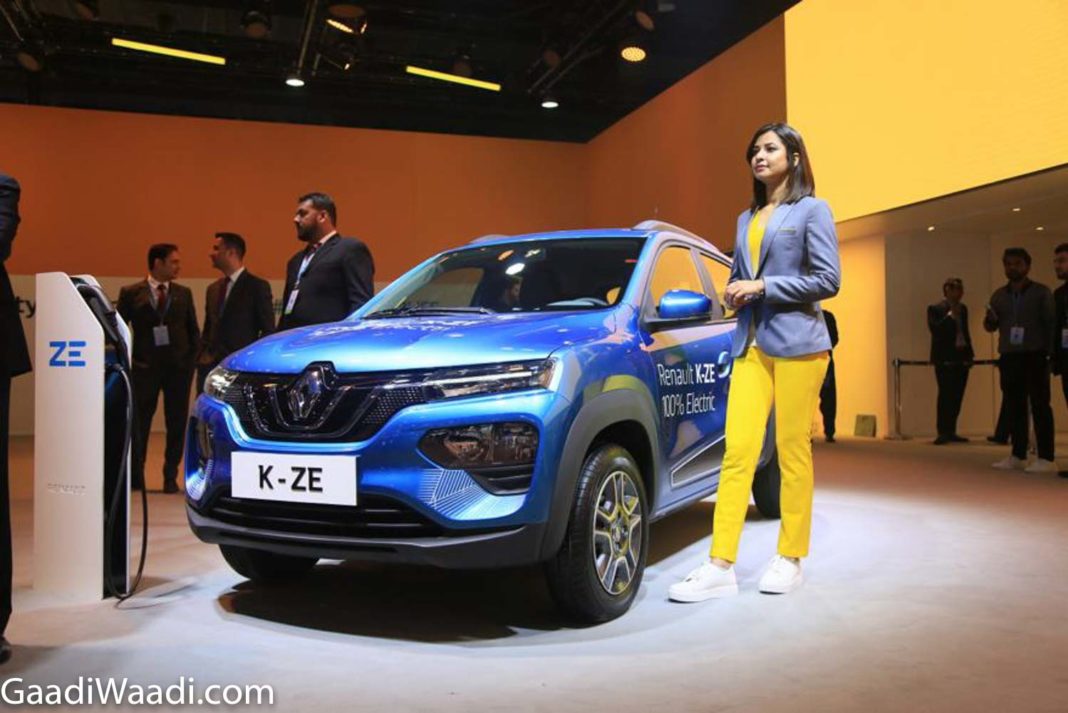 Renault City K-ZE has a driving range of 271 km on a single charge in the Chinese market; 0-80% charge in just 50 minutes using fast charger

Renault’s Indian arm has lifted the covers off the electric version of the Kwid hatchback at the 2020 Auto Expo, which has opened for press today. Christened the City K-ZE, the eco-friendly Kwid was displayed at the 2019 Chengdu Motor Show late last year as well. The production-spec model greeted the public last April in Shanghai and is based on the K-ZE concept.

With the history aside, the City K-ZE is retailed in five different variants and is priced from 61,800 Yuan (Rs. 6.36 lakh) to 71,800 Yuan (Rs. 7.40 lakh) in the Chinese market. The electric hatchback is exclusively sold in the People’s Republic and is rebadged as Venucia E30 with an updated design.

In China, the Renault City K-ZE was developed in association with Dongfeng. Produced by eGT New Energy Automotive Co, a joint venture between Nissan and Dongfeng, the City K-ZE gets a modern front fascia that influenced the recently facelifted Kwid hatchback for India. The showcased model at the ongoing 2020 Auto Expo in Greater Noida sticks by the same design theme. 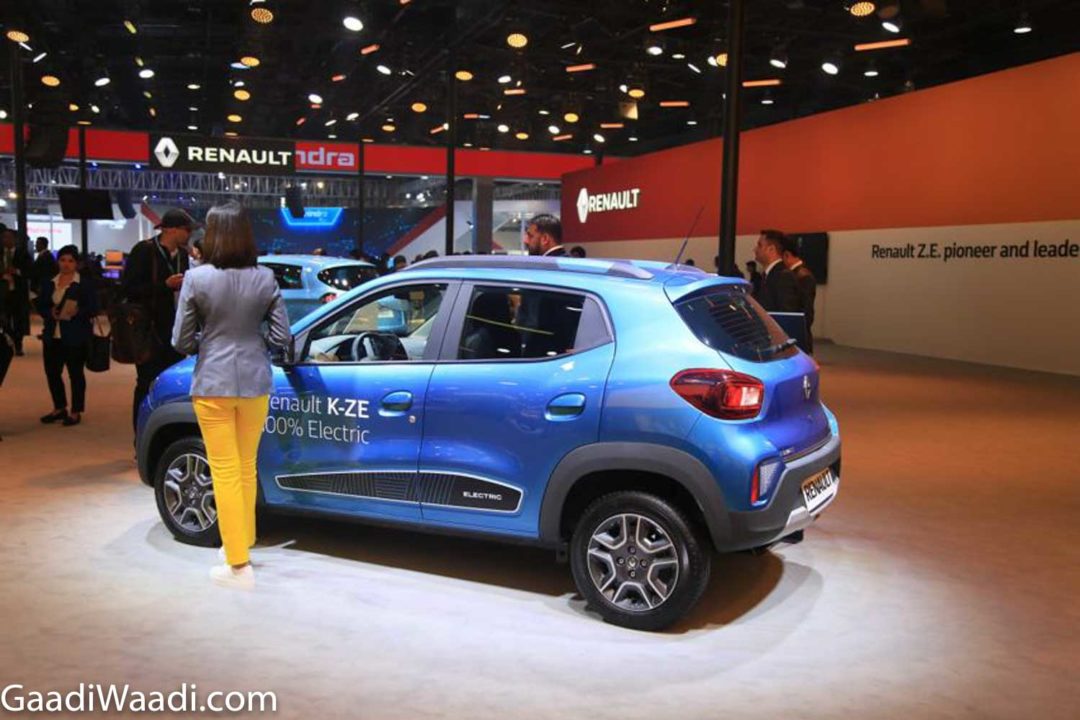 The Renault City K-ZE uses a 30 kWh ternary lithium battery with power consumption of 10.8 kWh/100 km. The zero-emission hatchback is claimed capable of achieving a driving range of 271 km on a single charge in China and in the NEDC cycle, it delivers around 250 km. When charged with a fast charger, the Kwid EV can charge back to 80 per cent in just 50 minutes.

However, utilising the standard household charger, the e-hatch takes up to four hours to get fully charged. On the outside, the City K-ZE features U-shaped dual chrome grille and split LED headlamp cluster alongside black cladding and wheel arches, black B-pillars and a compact rear end among others. 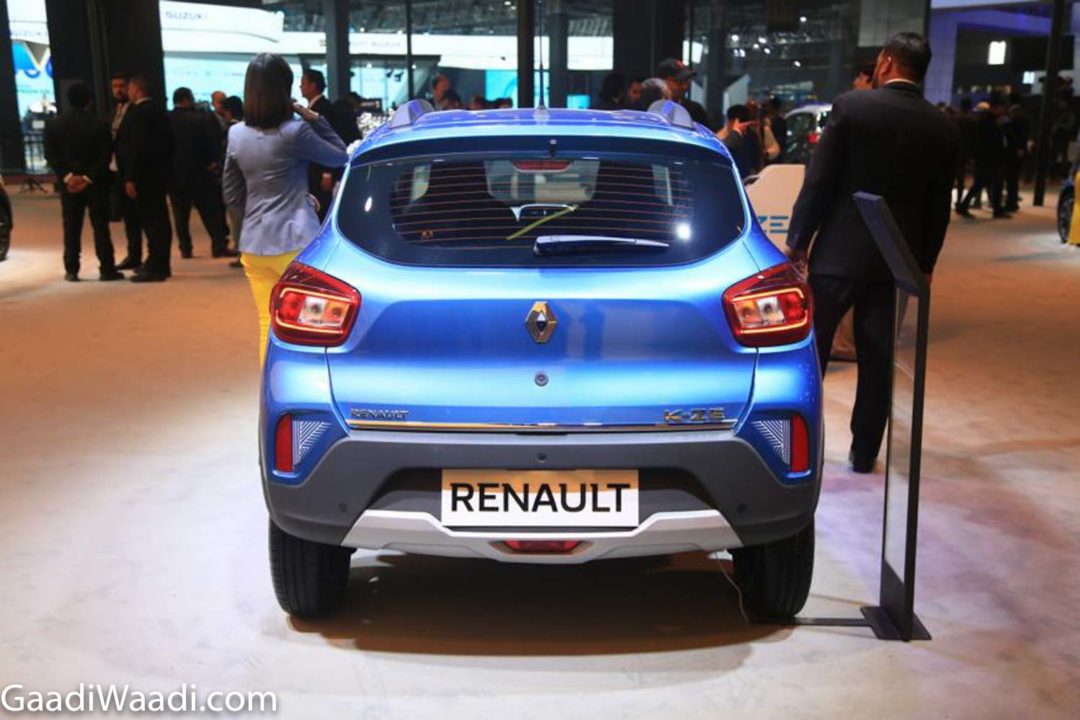 The interior boats a fully digital LCD instrumentation and a large central touchscreen infotainment system. The battery pack of the electrified Kwid is claimed safe for immersing in deep water for up to an hour and the safety cell even complies with ASIL-D standard. We do hope Renault will launch the no-tailpipe-emission hatchback in the near future considering the popularity of the regular model.

It could compete against the forthcoming Wagon EV. Renault has debuted the AMT version of Triber at the 2020 Auto Expo as well and has confirmed that a mass market electric vehicle is on the cards in the next two years and it could be the Kwid EV.