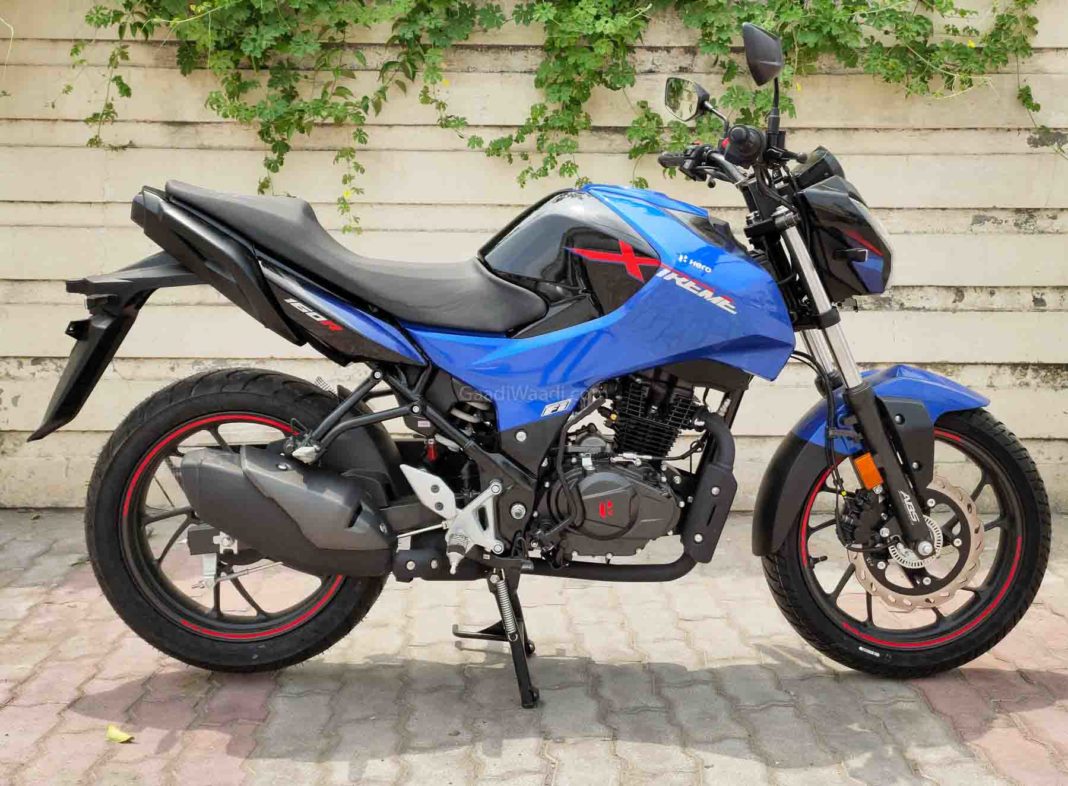 Here, we bring you a brief design analysis and a walkaround video of the newly launched Hero Xtreme 160R

Hero Xtreme 160R was recently launched in the Indian market, priced from Rs. 99,950 to Rs. 1.03 lakh (ex-showroom, New Delhi). Hero’s new sports commuter is based on the 1.R concept shown at the 2019 EICMA Motorcycle Show. The production model shares plenty of design elements with the original concept and is quite a handsome bike overall.

The front-end of the motorcycle features a sharp-looking LED headlamp with LED DRLs on either side. The turn indicators are also LED units. The 37mm front forks add some muscle to it, while the lack of a visor accentuates its naked design. The tank seems quite large on the outside, but only holds 12 litres of fuel in it. It features tank extensions that continue rearwards into the centre panel. This is quite an interesting design detail.

The rear section of the bike has a stubby tail section with an LED brakelight. The rear indicators are also LED units, and are neatly mounted on the mud-guard. The 7-step adjustable rear monoshock remains mostly hidden. Unlike many other bikes in this segment, the Hero Xtreme doesn’t come with a rear tyre-hugger, which gives the motorcycle a very clean look. The exhaust can is short yet voluminous, which looks quite unique.

The bike sports 17-inch alloy wheels at both the ends, with a 100 section tyre and a meaty 130 section tyre at the rear. Braking duties are handled by a 276mm disc at the front wheel and a 220mm unit at the rear, both petal-shaped. For budget-conscious buyers, there is a rear drum brake version on offer as well. For added safety, you get a single-channel ABS as standard.

The Hero Xtreme 160R offers plenty of convenience features, like engine start/stop switch, side-stand engine cut-off. This is a segment-first feature. Other than that, the bike also gets a hazard light switch and an all-digital instrument cluster with negative LCD readout. The single-piece seat is the same as the Xtreme 200R, extremely comfy and accommodating. 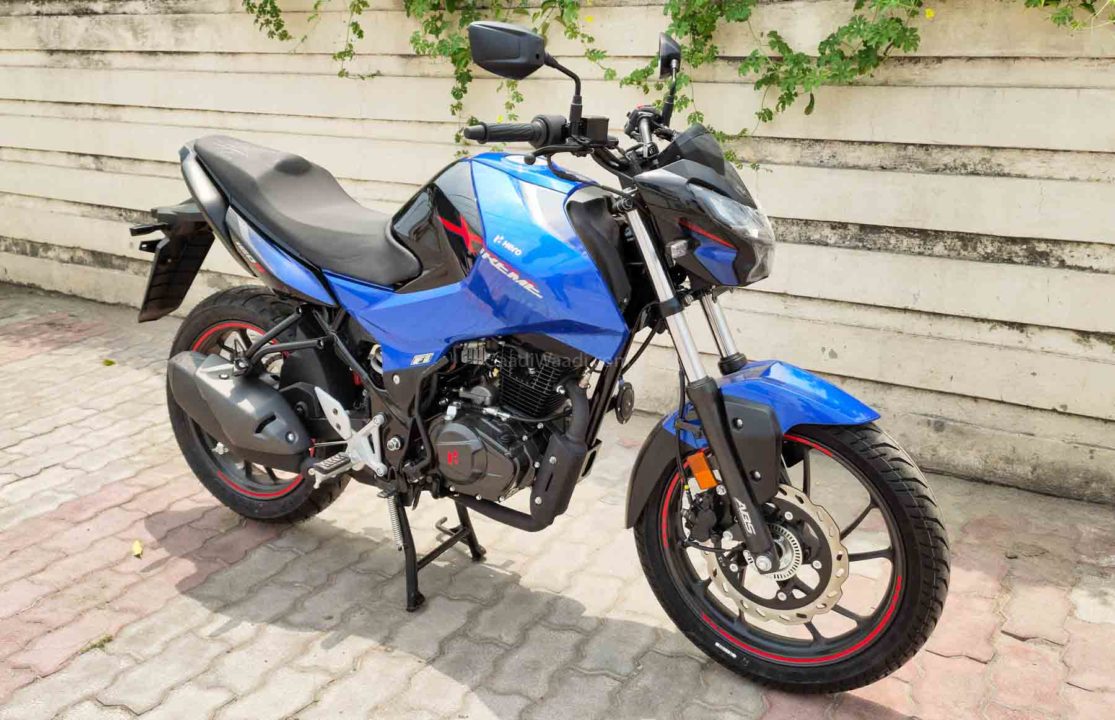 Powering the Xtreme 160R is a BS6-compliant 163cc, air-cooled, SOHC engine. This motor generates a maximum power 15 PS and 14 Nm, and is paired to a 5-speed sequential gearbox. The kerb weight of the motorcycle is the lowest in its class – 138.5 kg – owing to the new diamond frame. It also has a relatively small wheelbase of 1334mm, which gives it good manoeuvrability.