Businessman and philanthropist Ratan Tata’s car collection is quite unique, as it consists of a few of your average, everyday cars, as well as sportscars and supercars

Ratan Naval Tata is one of the biggest industrialists in India, with a lot of achievements under his belt. He is the former chairman of Tata Group, a multinational conglomerate that has operations in various sectors, like automobile, defence, retail and commerce, IT, telecom, etc. Mr. Tata has a well-known love for cars, and not just for the ones manufactured by his own company, Tata Motors!

Here, we take a look at some of the most unique and/or surprising vehicles that Ratan Tata has in his garage, ranging from humble Tata cars to Mercedes-Benz and Ferrari convertibles!

Tata Nano was the result of Ratan Tata’s vision to build the most affordable car in the world. Even though he did manage to achieve this feat, the vehicle wasn’t a success in our market. 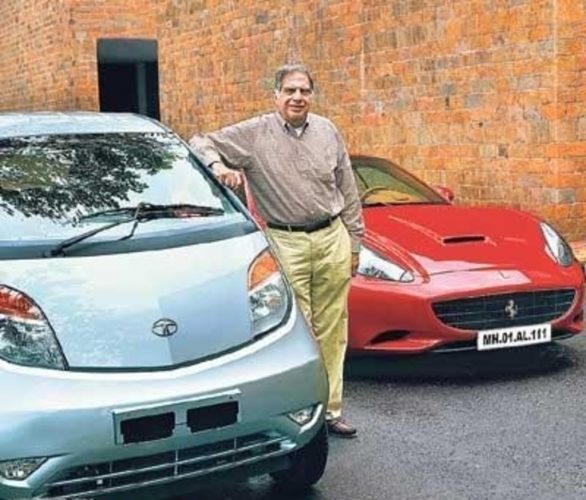 In 2019, a decade after it was first launched, the Nano was discontinued. Mr. Tata has one in his collection, and this is the humblest car that he owns.

Tata Nexon was the first made-in-India car to achieve a 5-star safety rating (adult occupants) from Global NCAP. This was an extremely impressive feat, which earned Tata Motors a lot of praise and appreciation. 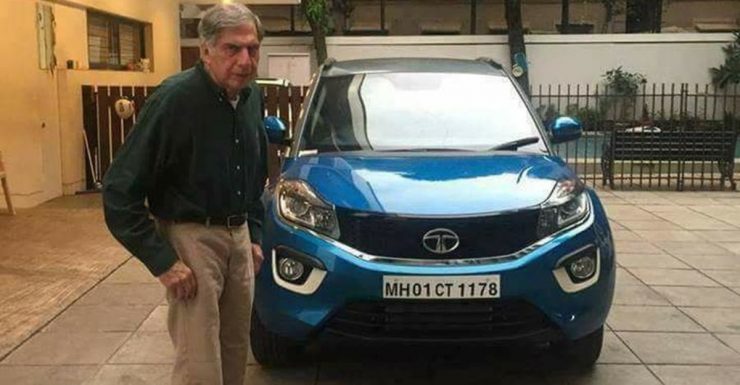 No wonder then, that Ratan Tata decided to add one to his own car collection! The one he owns is the pre-facelift model, in a lovely blue/silver dual-tone colour shade.

Ratan Tata loves his dogs, and he purchased an Indigo Marina back in the day just to take them out on a spin!

To better suit the purpose, he had his Marina customised, removing the rear seats to make more room for his pets!

This is yet another humble car in Ratan Tata’s garage, and he was often seen driving it around himself! 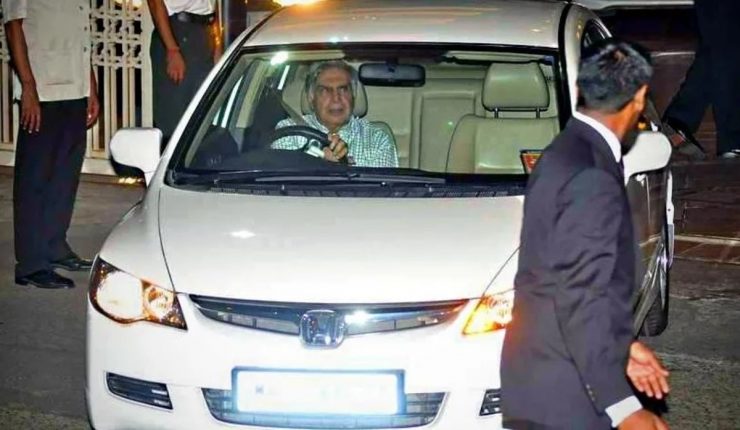 His snow-white Civic is the older-generation model, powered by a 1.8-litre VTEC petrol engine (132 PS/172 Nm).

Mercedes E-Class W124 is one of the most iconic vehicles from the German luxury carmaker. As such, it isn’t a surprise to know that Ratan Tata owns one. 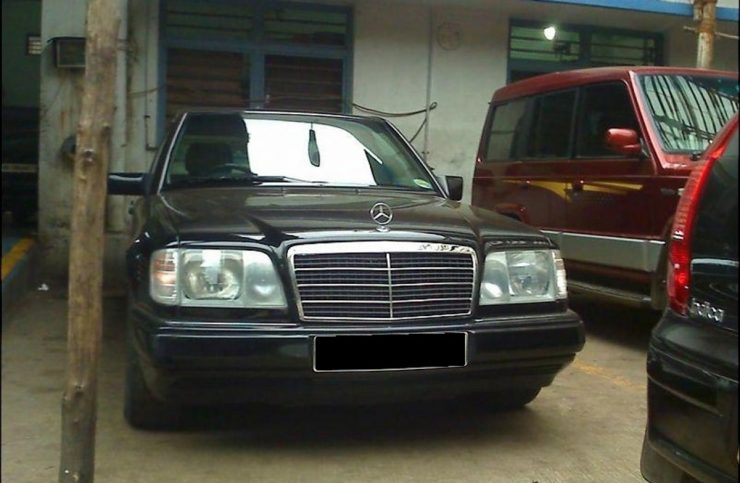 Fun fact: The W124 was the first passenger car that Mercedes-Benz launched in India, back in 1995, in partnership with Tata Motors (Telco at the time).

This is one of the most unique vehicles one can find in India. This particular Buick Skylark is a 1978 model, and thanks to its old-school design, it looks absolutely lovely. 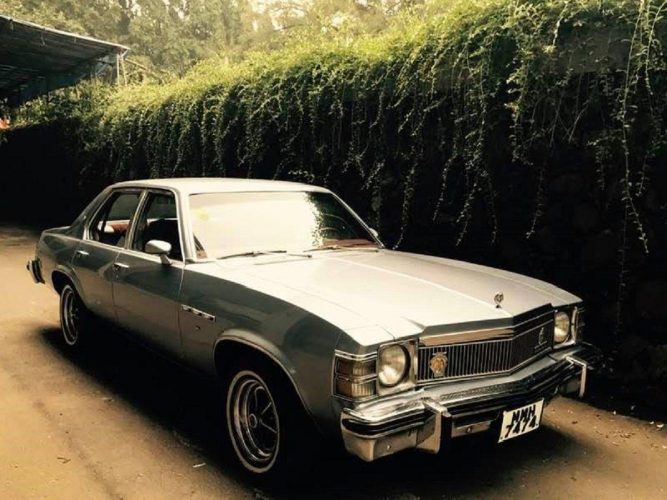 This vehicle has apparently been sold by Mr. Tata, but it still is one of the prettiest cars he ever owned.

Any sportscar/supercar collection would be incomplete without a Ferrari, right? Mr. Tata also owns a Ferrari California, an LHD model, and he has been spotted multiple times driving around in it. 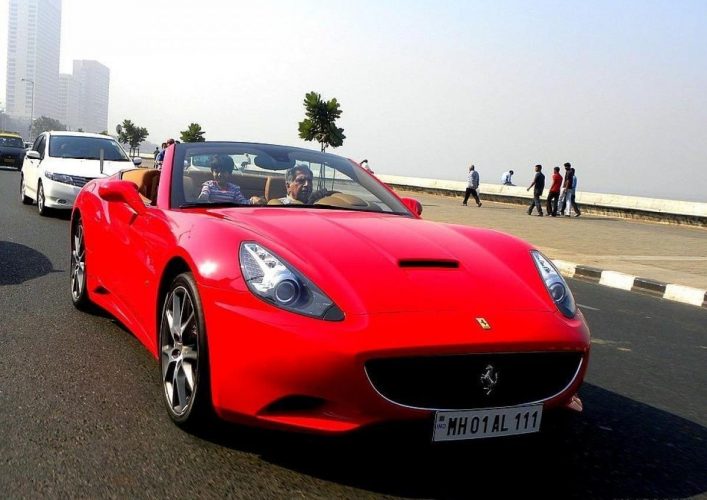 The vehicle packs a 4.3L V8 under the hood, with 490 PS and 504 Nm on tap, paired with a 7-speed dual-clutch automatic transmission.

Unless you live under a rock, you’d be aware that Tata Motors is currently the parent company of Jaguar and Land Rover. As such, this is basically another vehicle from Ratan Tata’s own company! 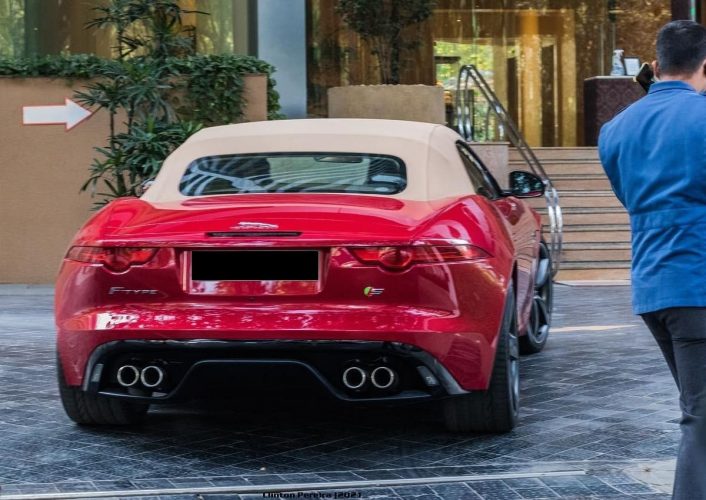 Mr. Tata also has a Mercedes SL500 in his garage, which is a left-hand-drive model that he privately imported. 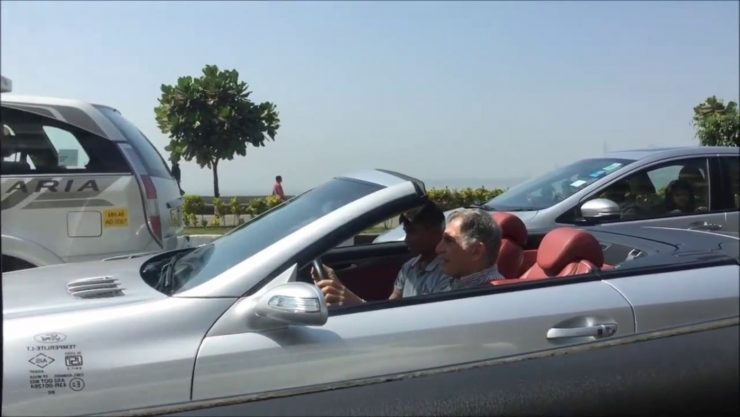 This particular model is the fifth generation SL, a convertible in lovely metallic silver shade. He has been spotted a few times driving the vehicle around himself.

Land Rover is known for building some of the most rugged SUVs, and the Freelander is a prime example of that.

Ratan Tata had bought himself one even before acquiring JLR, and he has been spotted multiple times being driven around in it.