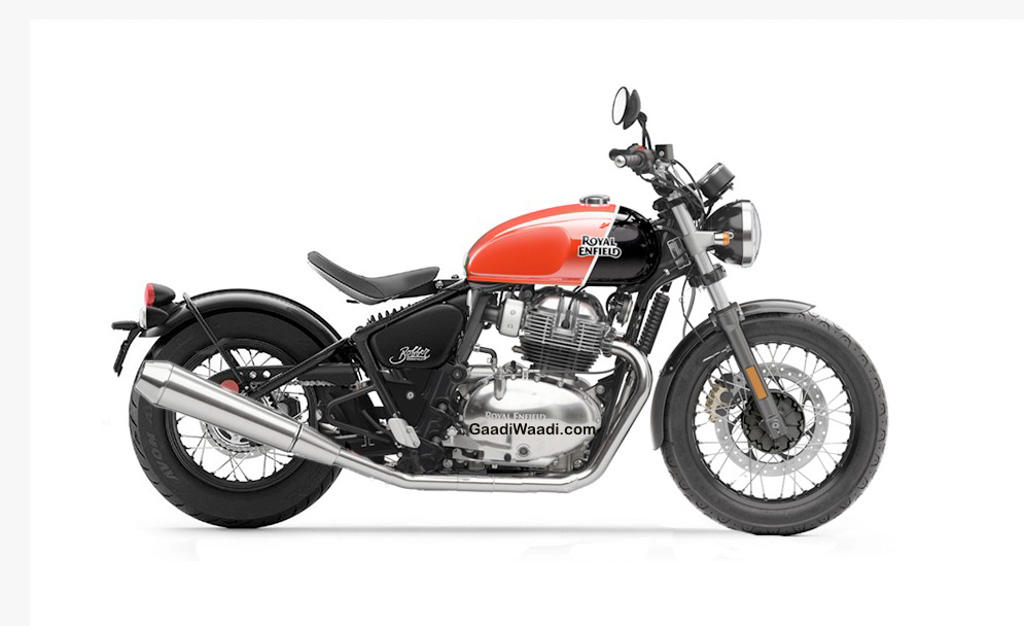 Royal Enfield 650 Bobber could create a niche segment of its own by being priced at around Rs. 3 lakh (ex-showroom) if it comes into existence

Royal Enfield is indeed strengthening its premium lineup and the arrival of Continental GT 650 and Interceptor 650 are testament to that. While the company knew that the Classic range contributes to majority of its volume sales, it definitely needed to push the boundaries to become a strong player in the middleweight category globally.

The 650 Twins came out with plenty of anticipation at the 2017 EICMA show before debuting at the Rider Mania shortly. After introducing both the motorcycles in the United States and revealing prices in Europe, Royal Enfield had finally launched them in India a year after making their international premiere. The wait was well worth though as the 650 duo are priced highly competitively.

Prices for the Interceptor 650 start at Rs. 2.50 lakh for the Orange Crush colour and the Continental GT 650 costs from Rs. 2.65 lakh for Black Magic shade. The range-topping Continental GT 650 Minster Clean Chrome is priced Rs. 2.85 lakh and the Glitter & Duster Chrome is quoted at Rs. 2.70 lakh (ex-showroom, India). The prices are so aggressive that the 650s make a stronger case for people seeking 500 cc REs.

Not just them, but those wanting to own KTM RC and Duke 390s as well as Bajaj Dominar and TVS Apache RR310 will find the 650s an attractive choice as well. The Chennai-based manufacturer is expected to reap high volumes with the 650 Twins due to their VFM nature, packed technology and most importantly the impressive build quality.

This could be the reason why we think Royal Enfield will further expand the 650 range. The inclusion of a bobber will make for a luring prospect at around Rs. 3 lakh (ex-showroom) and we have rendered it to give you a snippet of how the production version may look like if RE decides to proceed that way. If it gets a green light, the Royal Enfield 650 Bobber will share plenty with the twin siblings.

The powertrain could be the same 648 cc air and oil-cooled, fuel injected, parallel twin unit with 270-degree firing order and is good enough to produce 47.6 PS of maximum power and 52 Nm of peak torque. It is connected to a six-speed transmission with slip-assist clutch and dual-channel ABS as standard.

Just as the modern retro Interceptor 650 and Continental GT 650 cafe racer, the bobber will target unique band of buyers with its signature stubby rear end, single seat layout, tall handlebar setup for relaxed riding, etc. It will create a niche segment considering the expected price range it could come up with. Would you like to see Royal Enfield develop a 650 Bobber? Post your comments below!