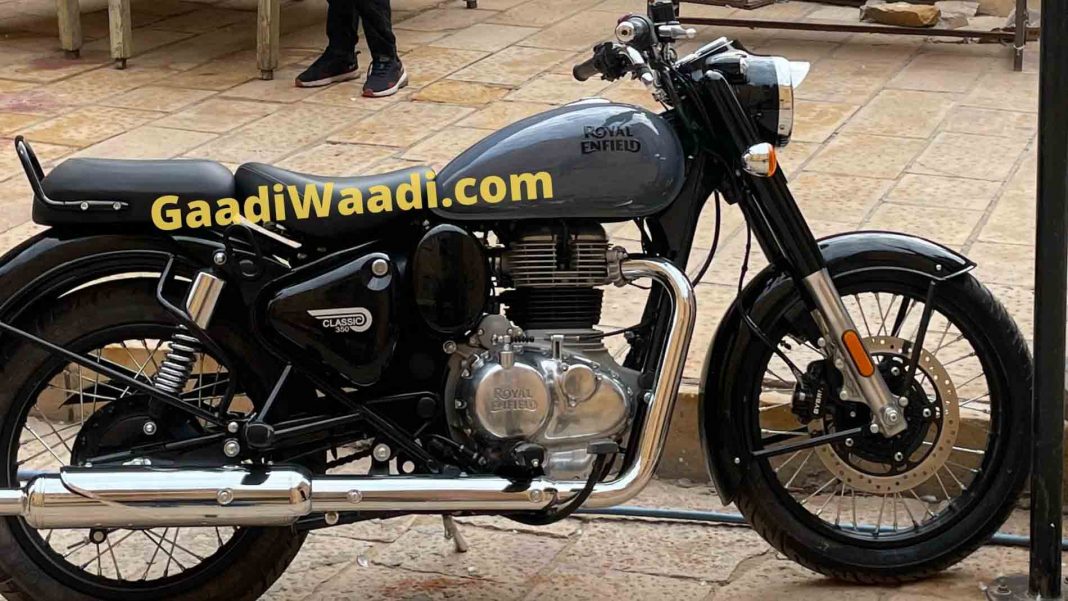 It is no secret that Royal Enfield is preparing to launch the new generation Classic 350 in the domestic market and we showed you exclusive spy pictures of the production-spec model yesterday. Following it up, here we have a video showing the upcoming Classic 350. While the exact launch timeline is yet unknown, we do expect it to happen in the coming weeks.

The Classic 350 is the brand’s best-selling motorcycle every month due to its high popularity and the new-gen will have a host of changes. As for the design, the retro classic appeal has been retained with a circular chromed out headlamp, round-shaped mirrors and the same 13.5-litre fuel tank but the body graphics has been updated and new colour schemes will be made available.

Some of the subtle improvements made to the new-gen RE Classic 350 are new seats with the pillion seat having more rounded edges and the single-piece grab rail has been positioned higher. It will be sold in single- and dual-seat configurations and the rear end appears to be more compact than in the outgoing model.

The 2021 Royal Enfield Classic 350 is the second model based on the J1D architecture, which debuted in the Meteor 350 cruiser. The twin cradle frame will enable better riding dynamics with improved straight line and cornering abilities. It will more likely help in reducing the overall kerb weight of the touring machine and improving its nimbleness.

The brake system has been moved to the right-hand side as well and dual-channel ABS tech will be offered in the top-end variants. As for the performance, the same 349 cc single-cylinder air- and oil-cooled fuel-injected SOHC engine used in the Meteor 350 is employed. It produces a maximum power output of just above 20 PS and 27 Nm of peak torque.

The powertrain is linked with a five-speed transmission and the instrument cluster has been revised with the addition of a small digital display showing fuel bar graph and we do expect Tripper Navigation to be available in the range-topping models.