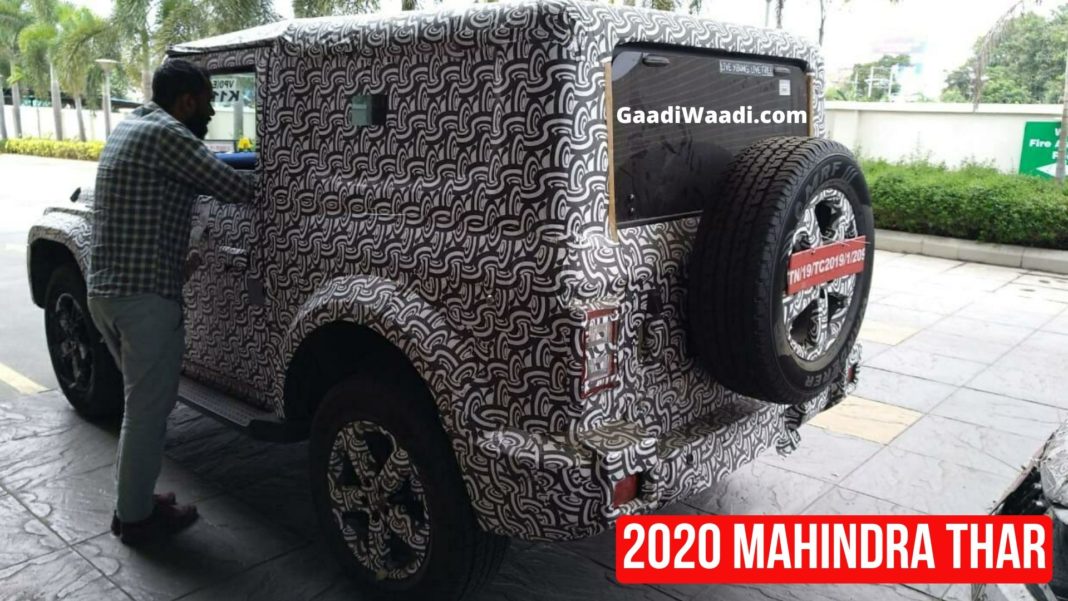 Even though the homegrown manufacturer did not showcase the next-gen Thar at this year’s Auto Expo, the new and updated SUV is expected to be launched soon

Mahindra & Mahindra somewhat disappointed all of us by not showcasing the much anticipated 2020 next-gen Thar, which has been a part of countless spy shots over the past couple of months. A highly camouflaged test mule of the upcoming 2020 Mahindra Thar has been spotted again, ahead of its launch later this year.

The spied prototype of the next-gen Thar comes equipped with a hardtop, and looks like it could be the top-end trim of the SUV, since the car also sports alloy wheels, covered in MRF Wanderer rubber. The car retains its boxy shape from the outgoing model, which is certainly the USP of the Thar. However, the exteriors will feature some cosmetic updates to make the car feel premium, while the cabin of the car will be made more urban car-like.

Previous spy shots of the interiors of the car also reveal that the 2020 Thar will be equipped with a semi-digital instrument cluster, along with touchscreen infotainment, likely with the addition of Apple CarPlay and Android Auto connectivity. The rear seats of the car will now be made front-facing, in order to improve passenger safety. 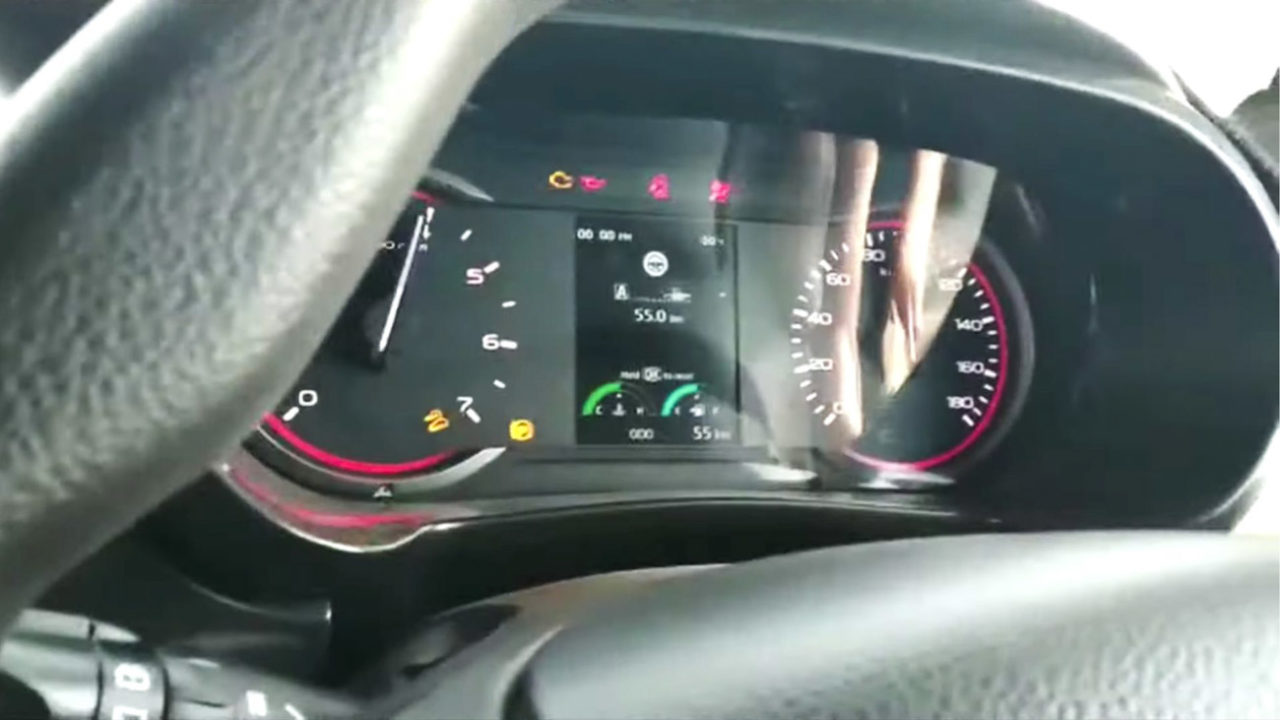 The SUV will carry over its off-roading capabilities, including the 4×4 system, as well as the ladder frame chassis. The next-gen Thar will share its underpinnings and its powertrains with the upcoming next-gen XUV500, which is also set to be launched this year.

Both the cars will likely come equipped with a BS6-compliant 2.0-litre four-cylinder turbo diesel engine with better performance and increased refinement over the outgoing Thar’s 2.5-litre oil burner that belts out 105 PS power and 274 Nm torque. 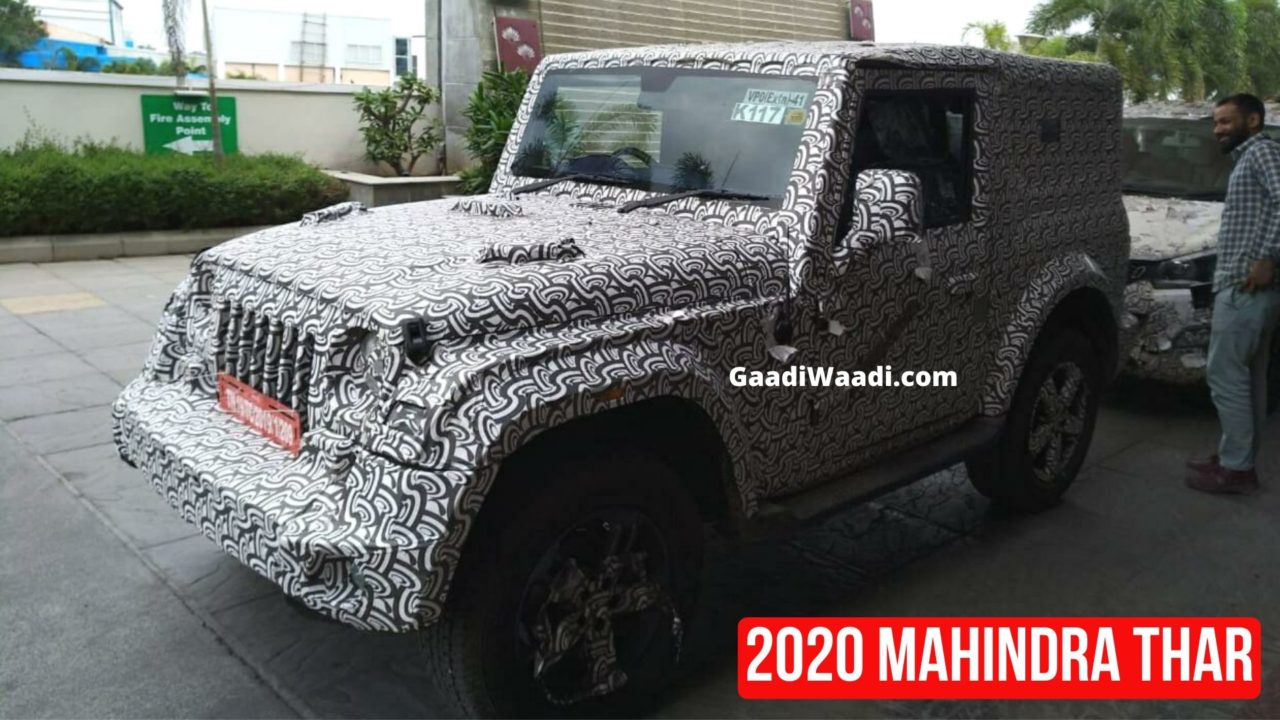 Mahindra also showcased three new BS6 turbocharged petrol powertrains at the 2020 Auto Expo, which include 1.2-litre, 1.5-litre and 2.0-litre TGDi units. The mStallion engine with the highest capacity will likely also be plonked on to the next-gen Thar along with the XUV500, and the 2020 Scorpio as well. The said drivetrain produces 190 PS of max power and 380 Nm of peak torque.