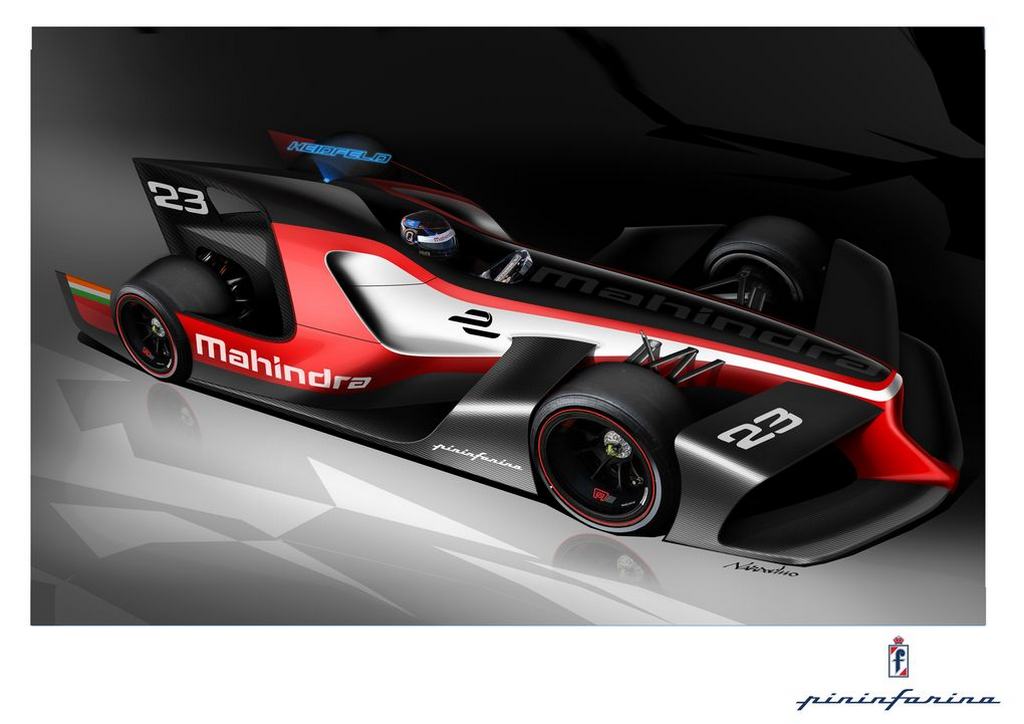 The combined design concepts have come as no surprise as the independent Italian design firm was recently bought by Mahindra on a deal worth 185 million dollars. About 60% of stakes are controlled by Tech Mahindra while the remaining 40% is in the hands of Mahindra & Mahindra. Formula E has revolutionised the motor racing and automotive world as a whole. Despite skeptics over the agenda of noise-free and electric racing in the heart of some of the biggest cities around the world, the thrills and spills with some of the world’s best drivers and teams in the championship have been well received by even the authentic racing fanatics. The creative sketches have led to the flow of imagination from Pininfarina in conceptualising an evolutionary styling for the future of Formula E. The three concepts have rather been named very simple as Concept A, Concept B and Concept C. They share some common attributes and has heavy significance on aerodynamics as they’re after all racers.

The bodywork is smooth and sculpted allowing for a streamlined flow of passing air with tyres covered up to avoid flow disturbance and channel air underneath for more downforce. The major differences in the three concepts are at their rears as the Concept B has a high rear wing with large air scoops. Two concepts have a fully closed cockpit design and the remaining one is just a typical open-wheeled race car. The Concepts A and C are designed in such a way they’re devoid of the rear wings. Formula E opened the tender for a new chassis design to manufacturers for the fifth season due in 2018 and these designs could be taken as inspirations rather than a fully-blown race-going machine.

Mahindra is collaborating with Pininfarina engineers on the design of next season’s Formula E car. If the season five looks as radical as this, the future of Formula E is only heading in the right direction and with an autonomous self-driving support series called Roborace itching to get go as a support series, the conventional racing championships have so much to think about.