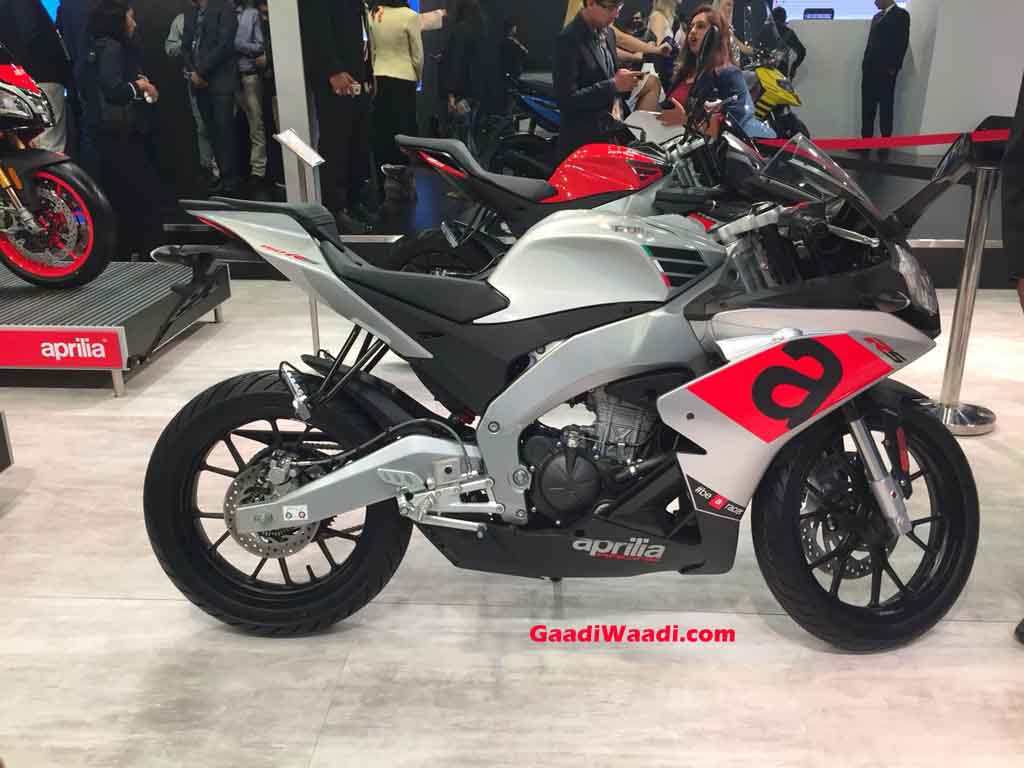 Piaggio, the Italian two and three wheeler manufacturer who owns the popular two-wheeler brand Aprilia, is planning to launch an all-new 150 cc motorcycle under the Aprilia moniker as per a report. As per Bikewale, Aprilia branded 150 cc motorcycle will be launched the upcoming 2020 Auto Expo in Delhi. Once launched, it will be the smallest capacity motorcycle from the Italian brand.

Aprilia, which already offers SR150 performance scooter in India, will also get a new family scooter at the Expo and will be unveiled alongside the new motorcycle. According to Bikewale, this new 150cc motorcycle is in the final stages of testing. Being Aprilia means the new unnamed motorcycle will be performance biased as seen from the SR150 scooter.

But this is not the first time Aprilia is planning to enter the highly profitable 150cc premium space. The company earlier showcased two 150cc motorcycles at the 2018 Auto Expo namely the RS 150 and the Tuono 150, either of which can make way to India, or it can be a new model altogether.

If former is the case, Aprilia has to work hard on detuning the bikes as they were loaded with features that are usually seen on high-end motorcycles like the quick-shifter. And such features will increase the Indian model’s cost exponentially.

Just so you know, Aprilia has a 150cc faired motorcycle that the company manufactures and sells in China, and is called the GPR 150. The same model was spotted in India a few months back where it was imported to be showcased to a few selected dealers.

It won’t be wrong to say, hence, that the GPR 150 will come to India and can be launched next February. Since Piaggio has a manufacturing facility in India, they will manufacture this 150cc motorcycle in India to keep the price in check, which can be a bit on the premium side than the Yamaha YZF-R15.