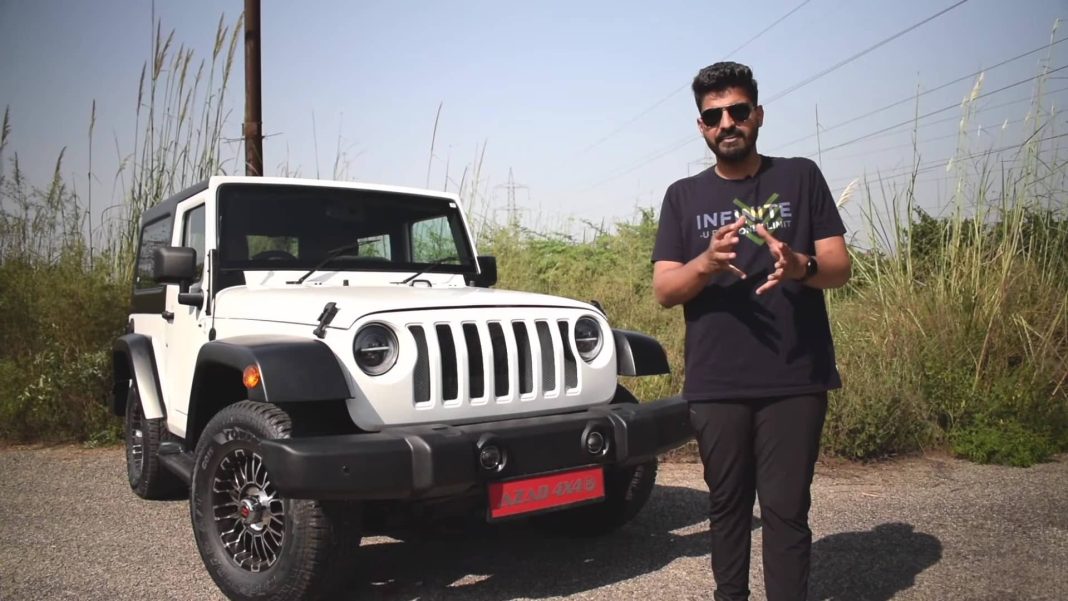 Here, we have an old-generation Mahindra Thar, which has been masterfully customised to look like the new-generation version

Mahindra Thar is currently one of the most sought-after cars in the Indian market, with a waiting period of up to a year! Due to its long waiting period, a lot of Thar fans get discouraged from buying one, however, an aftermarket fix exists! Owners of old-gen Mahindra Thar can convert their SUV into the new-gen model, just like the one featured here.

The video below, posted by AutoHunters India, gives us a closer look at this modified old-gen Mahindra Thar. At the front, we see a Jeep-style front grille, complete with seven vertical slots. LED headlamps have been installed here, along with an off-road-style metal front bumper with integrated LED foglamps and front parking sensors.

At the sides, the biggest change is the thicker plastic claddings on the wheelarches, which contrast well with the white exterior of the SUV. For easier ingress and egress, this modified Mahindra Thar gets big side steps. It gets 16-inch machine-cut alloy wheels, shod with huge Yokohama Geolandar A/T tyres. We also see a metal hardtop here, finished in Matte Black, which looks absolutely brilliant.

We also see turn indicators on the front wheel arches, faux bonnet locks, and “azad 4×4” badging at the sides. At the rear, the vehicle gets the same tailgate setup as the new-gen Thar; it has a side-opening hatch and an upwards-opening windscreen. A spare wheel has been mounted on the tailgate, and the numberplate is mounted below the left taillight.

The taillights are aftermarket LED units with black embellishments. We also see a metal rear bumper here, which gets rear parking sensors and an integrated step at the centre. The door handles all around (including on the tailgate) and the ORVMs are finished in black, thus contrasting with the white body of the SUV. 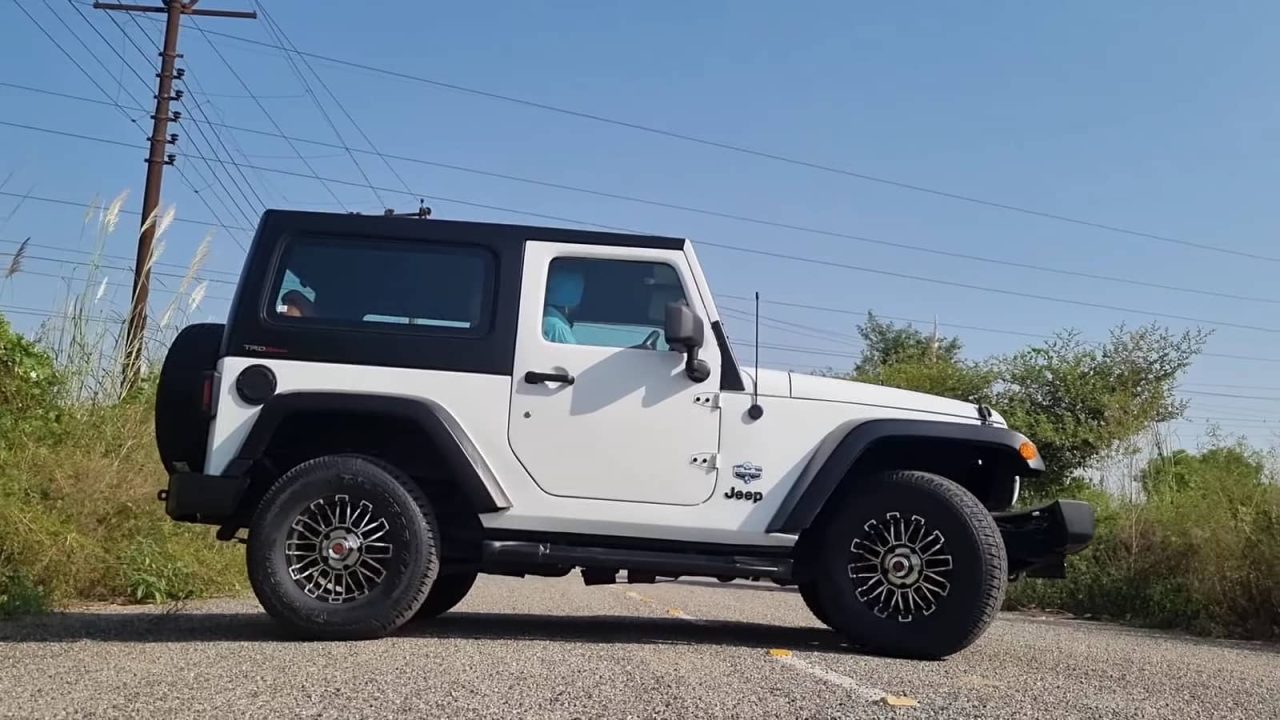 Unless you’re an eagle-eyed petrolhead, you’ll surely mistake this for the current-gen Mahindra Thar! The video above features a new-gen Thar in the second half, which also sports a few changes, like the front new grille and front bumper. The interior of the SUV has been upgraded with a larger infotainment touchscreen, leather-wrapped armrests (front and rear), and an electronic sunroof.