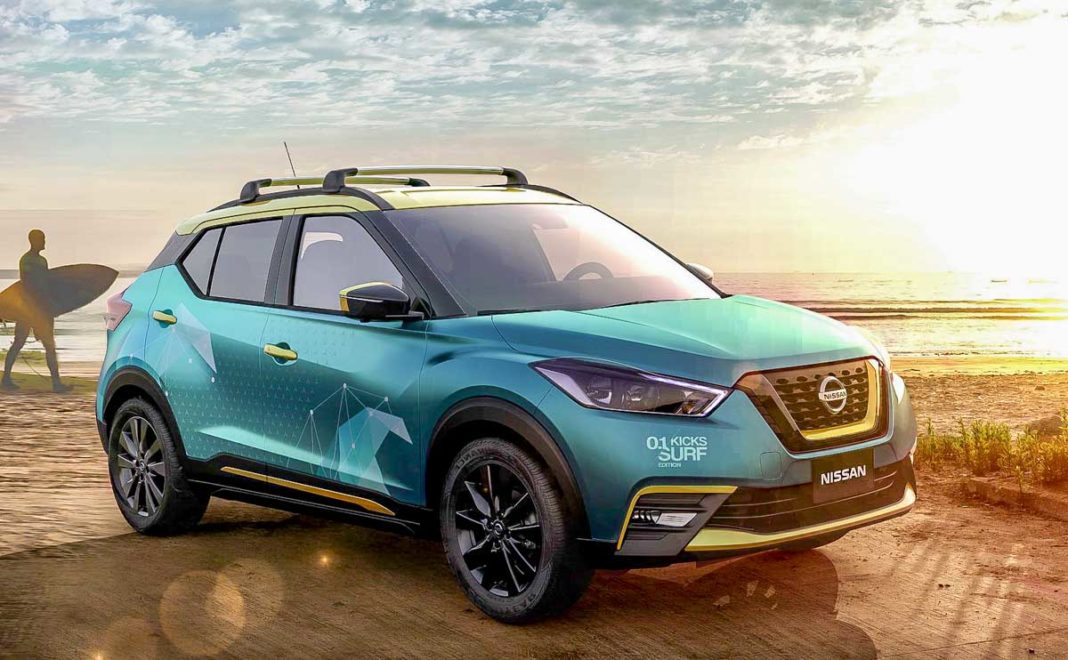 Nissan has officially revealed pictures of the Kicks Surf Concept and it has been designed by the brand’s LATAM studio. As you could easily see, the concept is definitely based on the standard Kicks. Introduced in Sao Paulo, the purposeful design study is created with inputs taken from Muniz brothers, Alejo and Santiago.

Both are professional surfers and among them the 26-year-old Santiago was the first Argentine world champion in 2011. The Japanese manufacturer says the Kicks Surf Concept has been designed with “perfect wave” in mind. It comes equipped a separate rear deck for wet suits and other key items.

Moreover, the roof bar is tailor-made to carry surfing boards. The intuitive concept also has a portable shower and a changing booth for surfers and they are present due to the impact of the Alejo and Santiago Muniz’s inputs. Nissan wanted to represent the whole theme of the concept on the exterior as well and it reflects on the colours used. 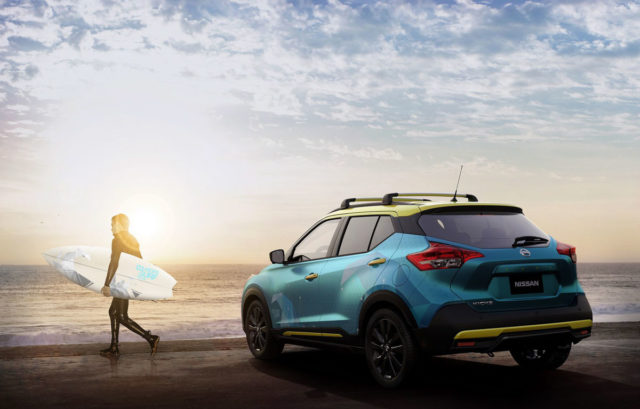 The exterior is adorned in blue colour while the grille, bumper, side moulding, roof, ORVM end caps and door openers are painted in yellow. The attractive graphics denote the ocean waves and the alloy wheels are finished in black. The interior gets the same surfing theme with contrast blue highlights.

Nissan says blue colour expresses the variety of tones used in ocean water and the yellow and green accents bring a sense of dynamism into the concept. It is yet unknown whether Nissan will put the Kicks Surf Concept into production but it does have a promising appeal mainly for the surfing community. 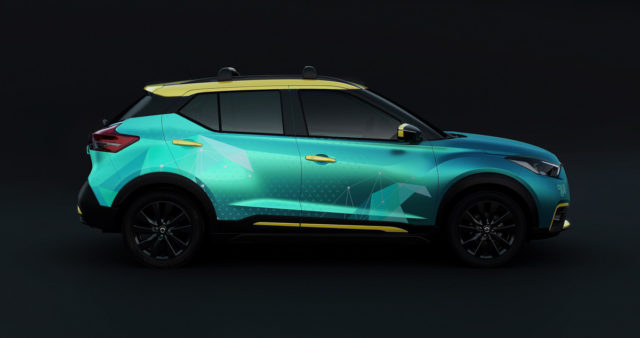 The company may opt to include the accessories from Surf concept as optional extra for people who seek them as well. The standard Kicks was launched in India on January 22 with India-specific changes as it has subtle design updates and bigger dimensions compared to the global version.