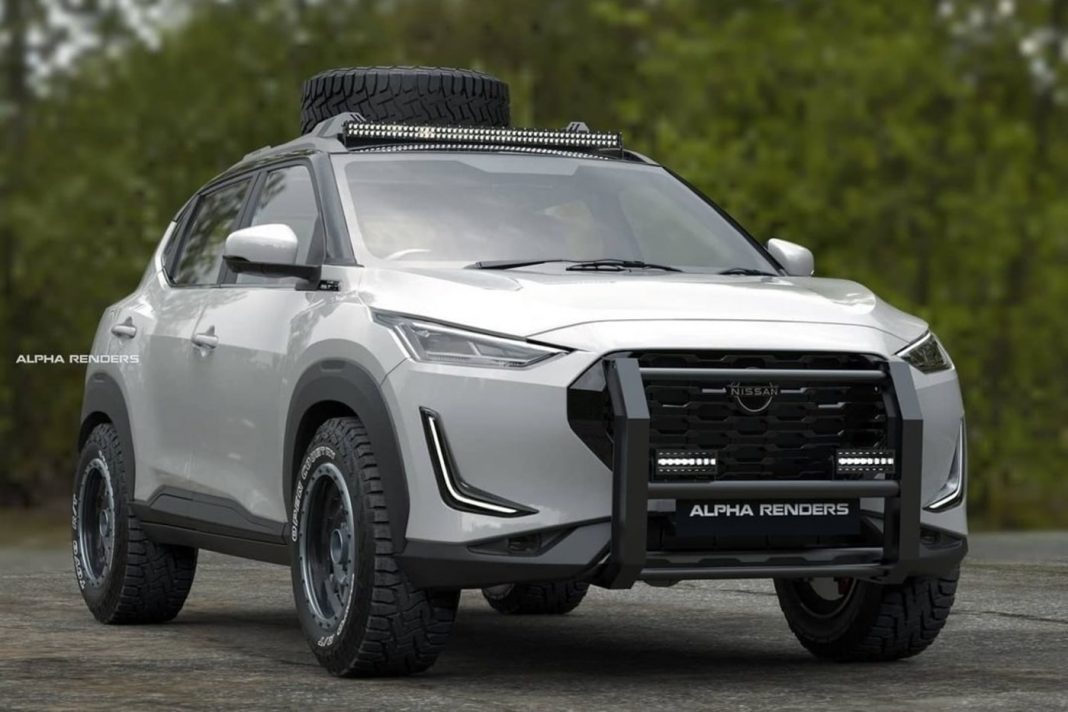 Check out this digitally rendered Nissan Magnite, which has been masterfully transformed into a butch off-road SUV

Nissan launched the Magnite in India back in December last year. The compact SUV quickly gained a lot of popularity in our market, and it single-handedly turned the manufacturer’s fortune around in our country. Due to the high demand, along with the global semiconductor chip shortage, the Magnite currently has one of the highest waiting periods among new cars.

Although the Magnite is quite a brilliant little vehicle, its off-road capabilities are limited. It’s possible to take one off the tarmac, thanks to its high ground clearance and good handling, but for some serious fun, it would require some heavy modifications. Although one doesn’t exist in real life, Alpha Renders has digitally created a Magnite off-road SUV.

At the front end of this digitally-rendered Magnite, we see a bull bar with integrated LED lights. The chrome parts, including the front grille surrounds, LED DRL surrounds, etc., have been blacked out. The faux bash plates, on both the front and rear bumper, have been given a dark grey finish instead of light silver. 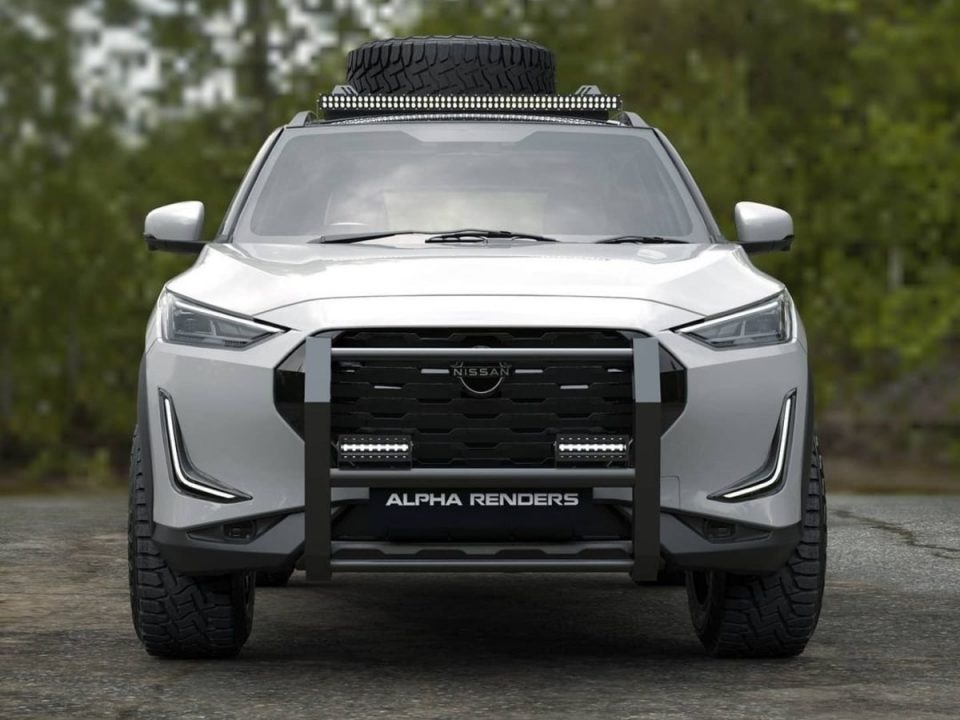 The vehicle also gets new offroad-spec wheels and tyres, which give it a rugged appearance. The ‘Magnite’ badge on the tailgate and the brand’s logo (on the nose as well as the tail) have been blacked out. The roof and spoiler sport a dark grey finish, and a carrier has been added here, with a spare wheel mounted on top and an auxiliary LED light bar at the front.

A closer inspection also reveals that a rear differential has been added to the vehicle. The designer has modified this digital model into an all-wheel-drive vehicle, but it should be noted that the stock engines of Nissan Magnite aren’t powerful enough for an AWD system. 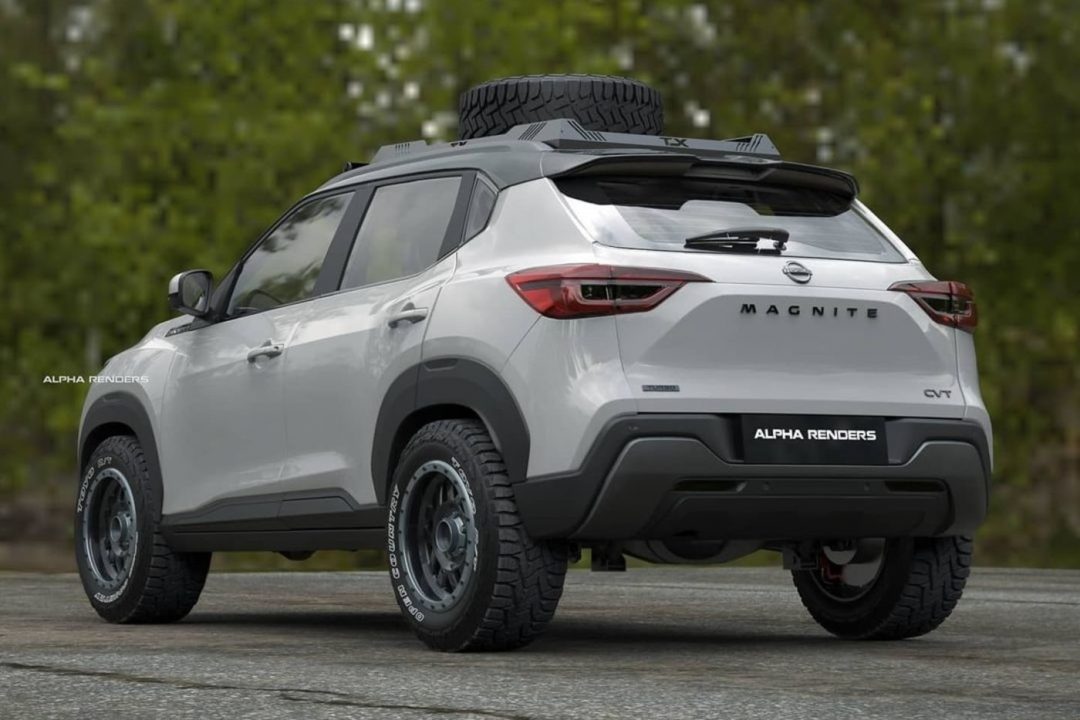 There are two engine options available on the Magnite. The first one is a 1.0L NA petrol unit, which belts out 72 PS and 96 Nm. The second one is a 1.0L turbo-petrol unit, capable of generating 100 PS and 160 Nm (152 Nm on CVT variants). A 5-speed transmission comes standard on both engines, while the turbo version also gets the option of a CVT, with power sent exclusively to the front wheels.