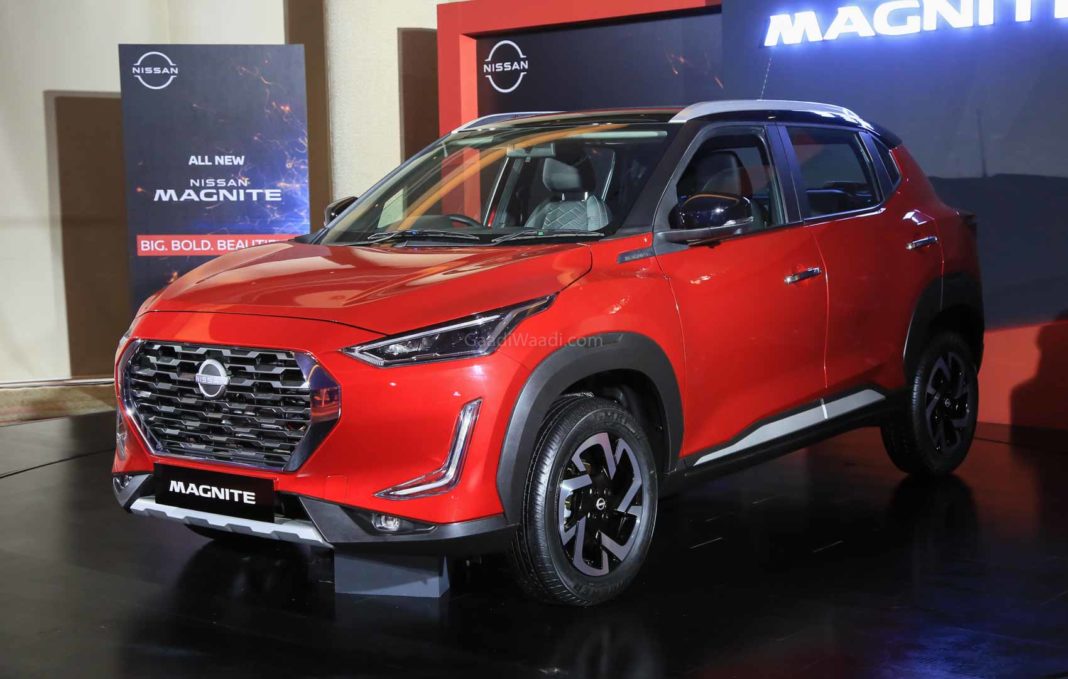 Nissan Magnite will be aggressively priced against competitors and the top-end variants will offer a CVT paired with a 1.0-litre turbo petrol engine

There is no other Nissan product that grabbed as much headlines as the Magnite did in recent times due to a number of specific reasons. With the Japanese manufacturer definitely needing a strong volume seller for the betterment of the future, the Magnite holds all the significance as it will step into the highly competitive compact SUV segment when it goes on sale.

Previewed through the Magnite concept, the idea of a Nissan badged sub-four-metre compact SUV has been there for long and with Datsun being left out of the equation, Nissan has taken the matter into its own hands. Over the last few weeks, Nissan was teasing the production version of the Magnite and now it is finally here after having made its global debut.

The compact SUV will go on sale in the coming months in the domestic market and is based on the CMF-A+ architecture as the upcoming Renault Kiger. The same platform is also used by Renault Triber and as has been the Renault-Nissan alliance’s strategy, the heavily localised architecture and other mechanical bits will result in a competitive pricing for the Magnite.

While no official word on the prices is out yet, we do expect the Nissan Magnite to cost between Rs. 5.5 lakh and Rs. 10 lakh (ex-showroom) and it will be loaded with features. Some of the notable bits about the five-seater are the presence of Tyre Pressure Monitoring System, Vehicle Dynamic Control, anti rollbar, and a host of other safety features including multiple airbags in the top-end variants.

The Magnite is the first made-in-India SUV to feature wireless Apple CarPlay and Android Auto connectivity and is also the first production Nissan model to be fitted with the brand’s new logo. Another segment-first feature is the around view camera (360-degree camera) for easier parking in tight spaces. Moreover, it is claimed to have the segment-best rear legroom. 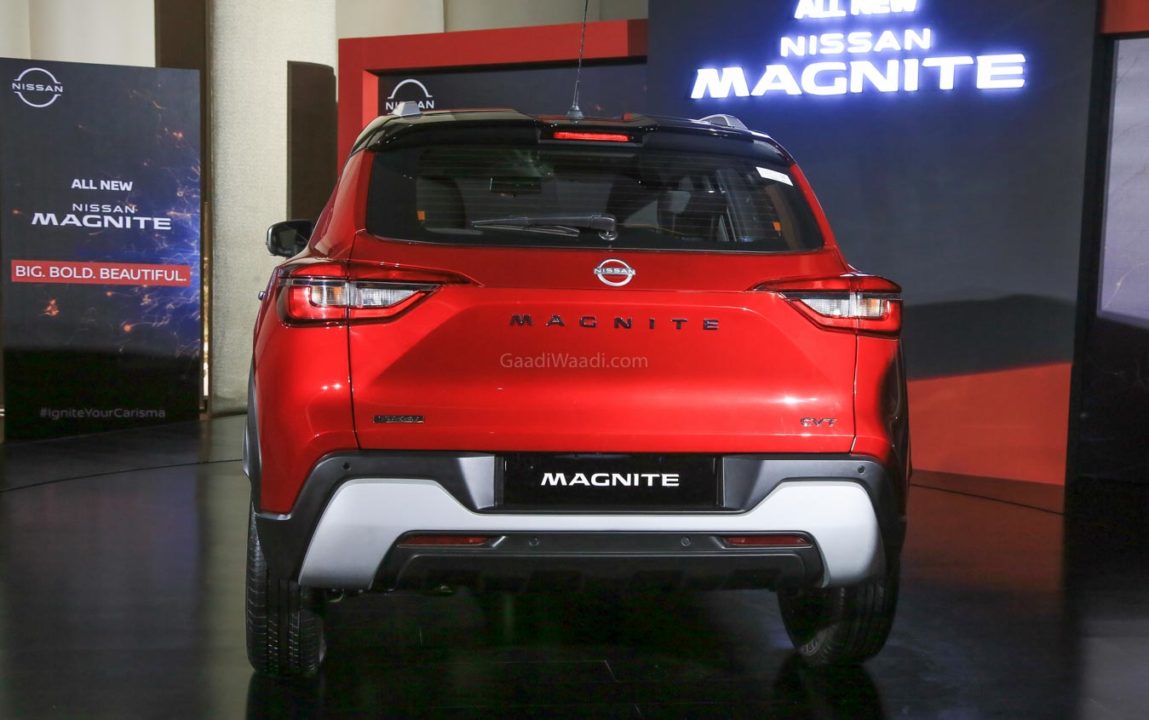 The top-spec trims will be equipped with an eight-inch touchscreen infotainment system, electric sunroof, an all-digital instrument cluster, automatic climate control, cruise control, multi-functional steering wheel, hill start assist, traction control, and so on. As for the performance, the familiar 1.0-litre three-cylinder petrol engine will be available in the low-end trims developing 71 bhp and 96 Nm. 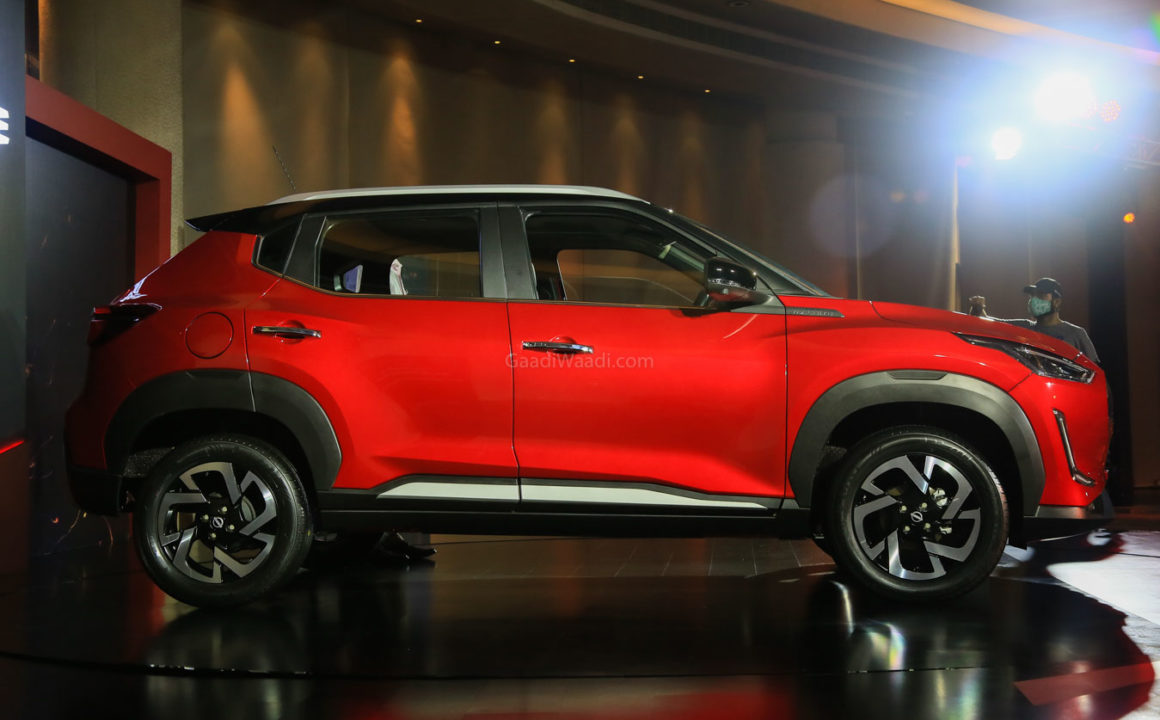 It will be paired with either a five-speed manual or a five-speed AMT. The turbo version of the same engine will kick out 99 bhp and 160 Nm, and it will be linked with a standard manual as well an X-Tronic CVT automatic transmission. The Magnite has a very decent ground clearance of 205 mm and the bootspace capacity stands at 336 litres with the turning radius at 5 metres.