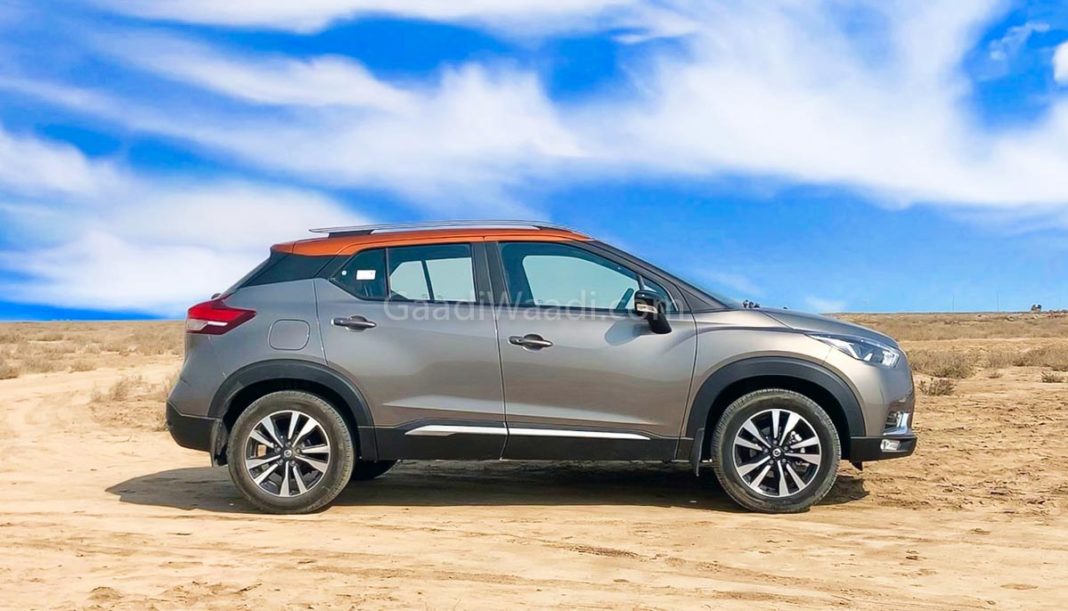 Nissan officially revealed the India-spec Kicks in October and the company has opened bookings for the compact SUV. The deliveries will commence from next month soon after the launch, which is expected to take place in the middle of January. The Kicks will be one of the most important models for Nissan as the company is struggling to post good sales growth.

The Kicks for India is based on the M0 platform of Renault Duster as the company decided to use this platform to keep cost down while global model gets advanced V-platform and this modular platform will be expensive to manufacture in India. The company has made some changes to the exterior design compared to International model.

The front gets big LED projector headlamps along with V-motion signature grille of Nissan and a new bumper with LED fog lamps, which is placed low on the front bumper. The company has given black plastic cladding across the body and the compact SUV come with 17-inch alloy wheels. The rear comes with signature boomerang shape for tail lamps along with a new bumper. 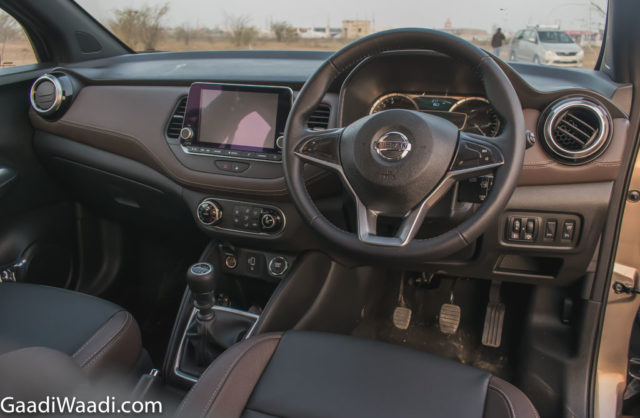 The interior of Kicks gets a premium design theme and the highlight of the dashboard is a floating 8-inch touchscreen infotainment system, which comes with Android Auto and Apple CarPlay connectivity options. The instrument cluster is shared with Renault Captur as the speedometer is digital while the tachometer and fuel gauge is analogue. 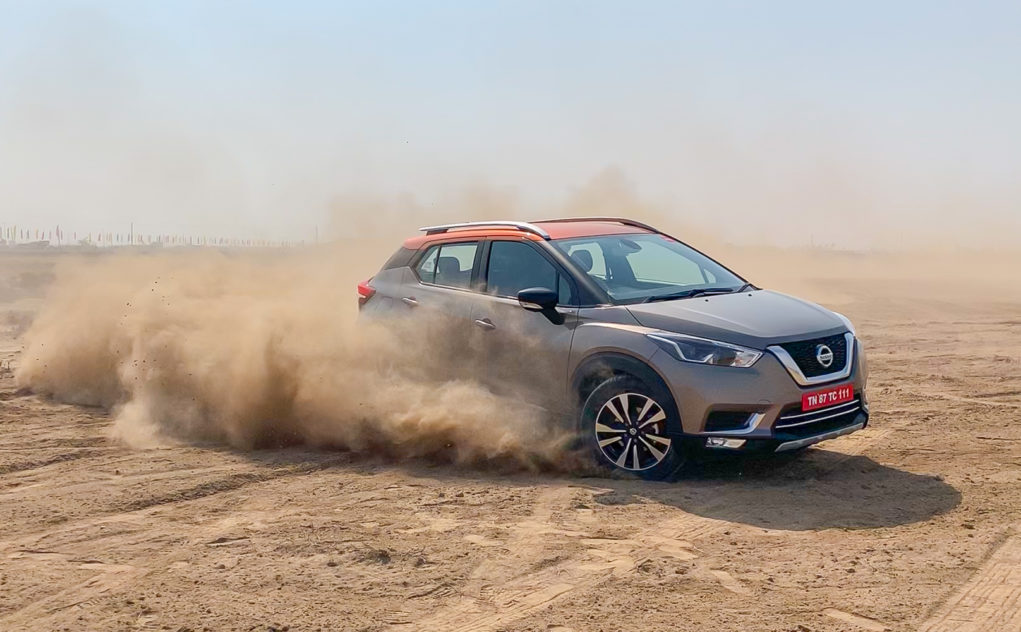