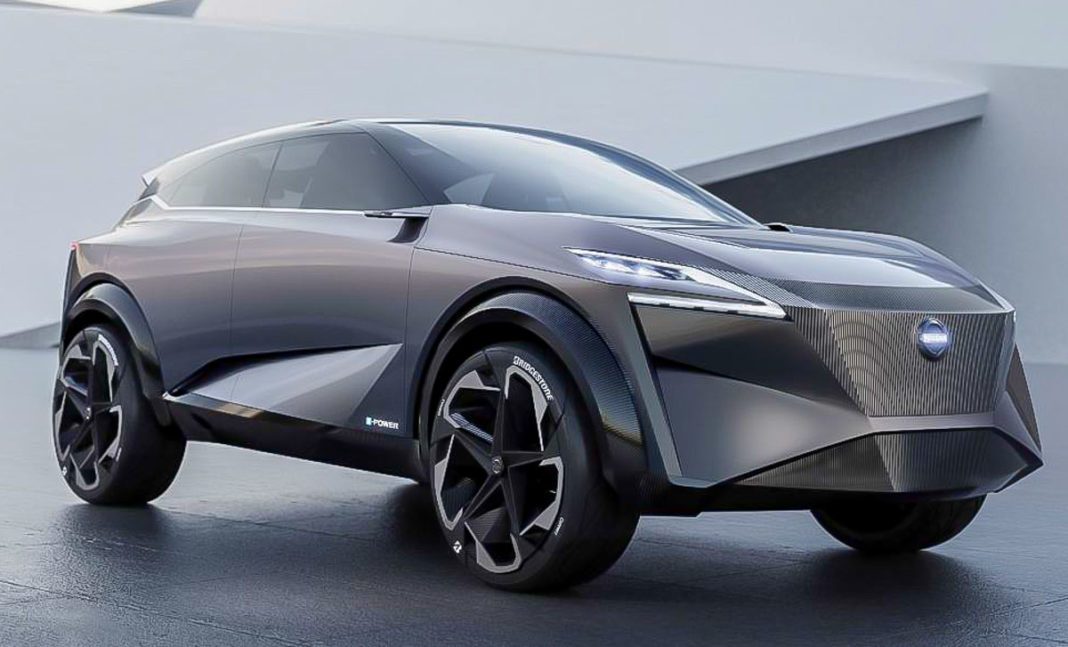 Taking about raising the bar, Nissan has certainly done that at the 2019 Geneva Motor Show by revealing the IMQ concept. In the hindsight, it previews the next generation Qashqai but there is a lot brewing under the curtain than what it seems. The IMQ is the latest design evolution in the IM (Intelligent Mobility) concept range and you could really see it why.

Nissan has followed an evolutionary approach of the existing and rather familiar design of its SUV range and taken it to another step. The IMQ concept gets lavishly finished front grille complementing the upright front fascia and it stands on massive 22-inch wheels that never going to make into production. Frameless windows, camera system replacing wing mirrors and rear-hinged back doors are other highlights visually.

It gives an exotic preview of the top-selling Qashqai waiting to receive its third generation and Q refers to the next generation of e-Power hybrid technology. The concept is bigger than the current Qashqai and it measures 4,558 mm long and 1,940 mm wide. The floating glass roof is made of carbon fibre and roofline slanted towards the rear finished up by a big spoiler in different shade. 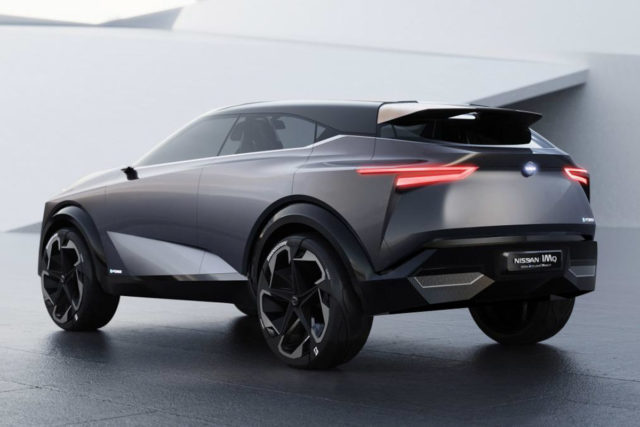 The coupe stance is supplemented by large wheel arch black cladding and intriguing character lines that culminate at the shortened hatch door. The horizontal LED tail lamps are not unfamiliar to Nissan and they extend quite wide to create a boomerang shape – an evolution of the V-motion philosophy.

An interesting thing is that the lamellas introduced for structural harmony could enter production as they benefit aerodynamically. The e-Power technology, which is also evaluated for India, is a big hit in countries like Japan with the Note model as the 1.2-litre petrol engine charges the battery by acting as a generator to be fully electric in identity. 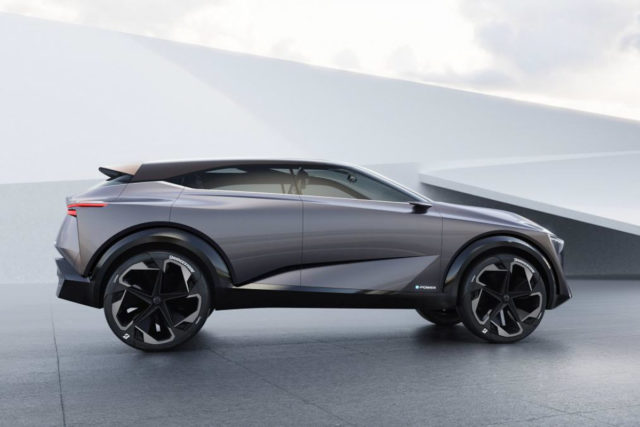 The IMQ, on the other hand, has a system using 1.5-litre petrol engine as the generator and two electric motors power the axles. This makes the IMQ an AWD with combined performance of 335 bhp and 700 Nm. Nissan says the emissions are lower than the conventional petrol-powered SUV due to the intricate e-Power system along with instantaneous acceleration. The next-gen tech will likely make its way into the next Qashqai as well as Juke.

The interior of the Nissan IMQ also boasts lamella design with translucent structural beam covering the entire length and the unconventional dashboard has a large screen with 840 mm in width. The secondary screen comprises of Virtual Personal Assistant with navigation and climate control and the ‘Invisible-to-visible’ technology boldly claims to help drivers see around corners for avoiding traffic jams and finding parking spaces.