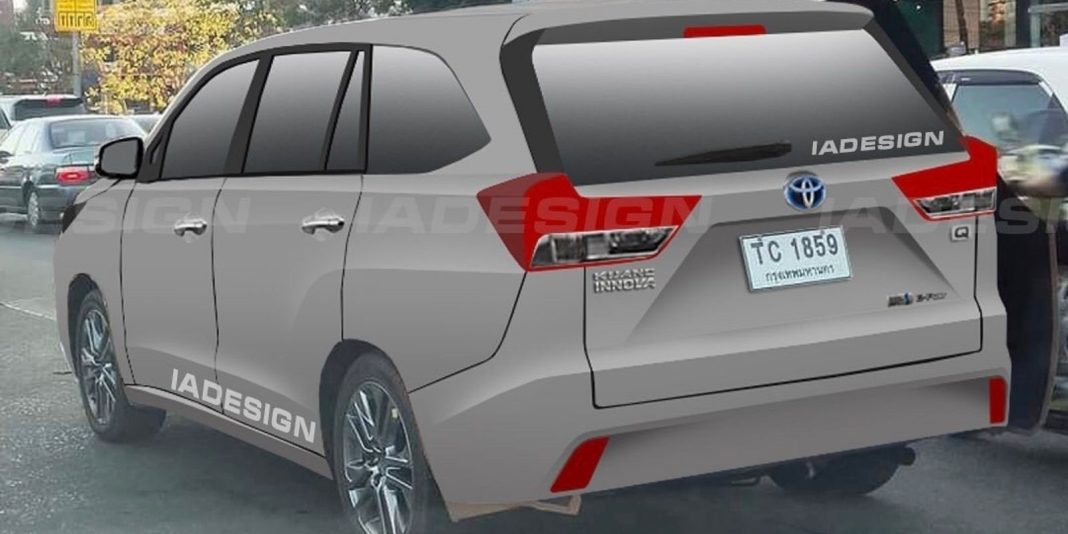 The Innova has been in production since 2004 in the international markets and is currently in its second generation. In India, the MPV stood in place as a more premium alternative of the Qualis upon its market debut. The latest generation Innova Crysta is based on the IMV platform as the Fortuner full-size SUV and Hilux pickup truck and it was introduced in 2016 locally.

The premium MPV is also known as Kijang Innova in Indonesia. The Innova Crysta has been the market leader with utter dominance in India and a minor update was given in late 2020. The test mule of what looks to be the third generation Innova came up on the internet a few days ago and here we have a rendering showcasing the possible updates.

The heavily updated Toyota Innova Crysta is expected to make its global debut in the second half of this year before reaching markets like Indonesia and India as the 2023 model. It could be based on the same architecture or switch to the modular TNGA-B but no official details are known yet. It must be noted that the fenders and doors could be shared with the existing model.

The rendering shows the presence of a redesigned wraparound LED tail lamp unit while the tailgate has also been tweaked with the bumper featuring updates as well. The test prototype was shod on a set of 18-inch dark chrome alloy wheels found in the Lexus vehicles. The third-gen Innova may also have bigger proportions than the outgoing model.

Media reports suggest that Toyota could opt for a hybrid powertrain as it will have to stick by the more stringent emission norms. It will be interesting to see if the rumoured hybrid tech would make its way to India or not. The front fascia of the 2023 Toyota Innova Crysta is expected to get evolutionary visual updates.

Toyota is developing a new midsize SUV in partnership with Maruti Suzuki and it will go on sale later this year. The facelifted Glanza and the new Urban Cruiser are also in the works. The former is said to be launched in late March 2022 while the latter could be introduced by the middle of this year.