Renault Duster is currently priced between Rs 9.57 – 13.87 lakh (ex-showroom) in the Indian market, and rivals the likes of the Kia Seltos, Hyundai Creta & Nissan Kicks

The Renault Duster posed a real threat to other similarly priced SUVs in the country a few years back, thanks to its off-roading credentials that most of its rivals could not match. However, the SUV has now lost its sheen, with more modern rivals offering better value for money in the mid-size SUV segment.

However, the introduction of a new-generation model of the SUV could really spruce things up and revive the car’s popularity in the country. While Renault has no plans of introducing a generational update for the Duster as of now, here is a rendering of the said car that is inspired from the recently revealed Dacia Bigster concept.

Dacia, the Romanian car manufacturer is Renault’s subsidiary, and the Duster is actually sold as the ‘Dacia Duster’ in a host of countries. Hence, it wouldn’t be surprising if the Bigster concept inspires next-gen Duster’s design. That being said, the Bigster is a 7-seater SUV, while the Duster has only been available as a 5-seat car globally. 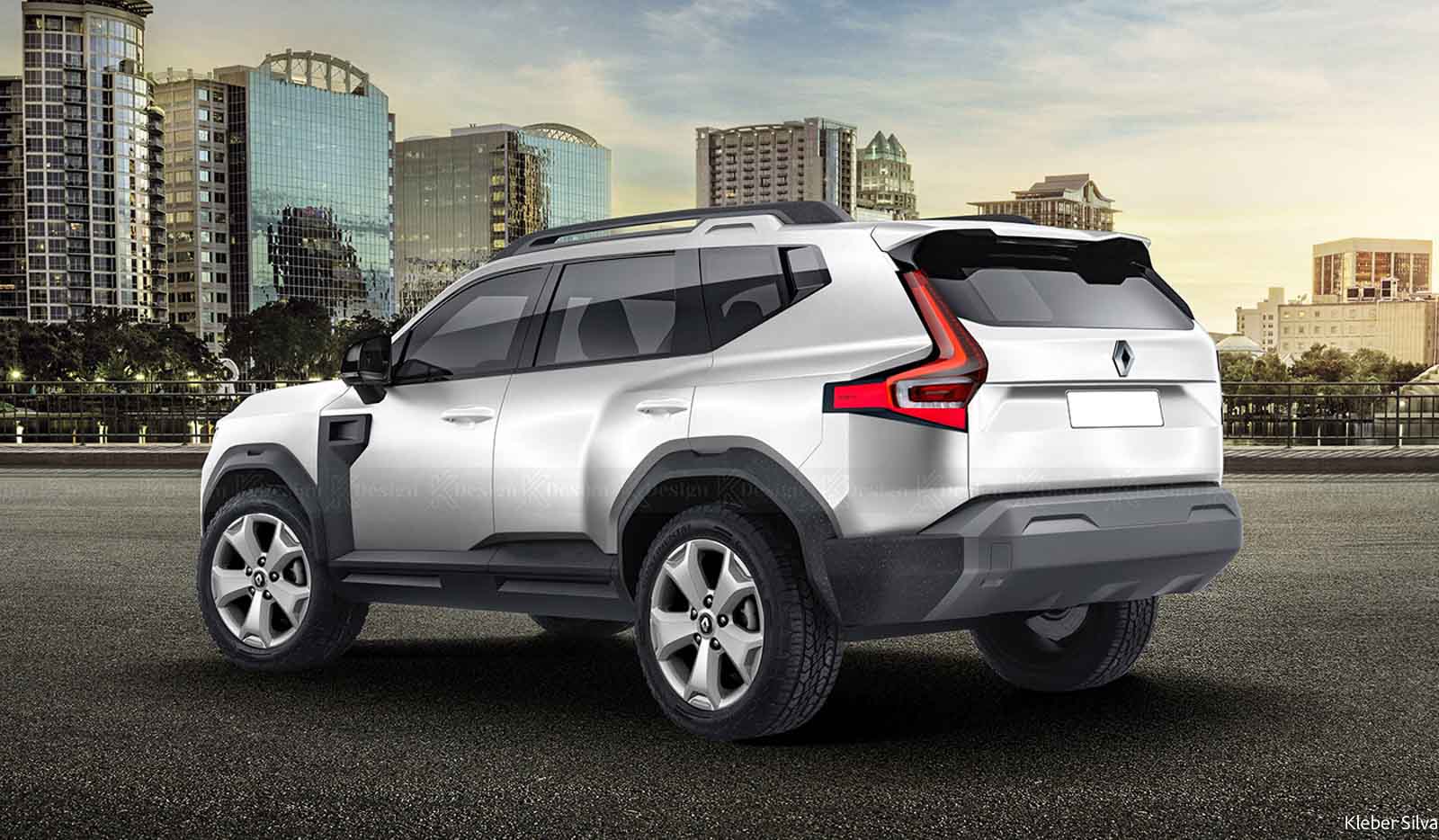 This is where this rendering comes in, giving us an idea of what the next-gen Duster could actually look like. The rendered car features Renault’s signature grille, flanked by sharp-looking headlamps with LED DRLs. The daytime running lamps look similar to Volvo’s Thor’s Hammer LED headlights, especially the ones seen on the XC40.

The car features a good chunk of plastic cladding all around the body, as well as massive front and rear skid plates. The trapezoidal wheel arches look unique, and the muscular alloy wheels as well as the functional roof rails, add to its bold appeal. The roof rails and the wing mirrors have been blacked out.

The rear seems to draw inspiration from Volvo as well, with the vertically stacked tail lights looking like an exact replica of the XC40 tail lamps. Apart from the taillights, the faux skid plate and the rear spoiler, there’s not much going on at the rear. The rendered car looks much more modern as compared to the Renault Duster currently available on sale, however, a generational update for the mid-size SUV isn’t on the cards for now.