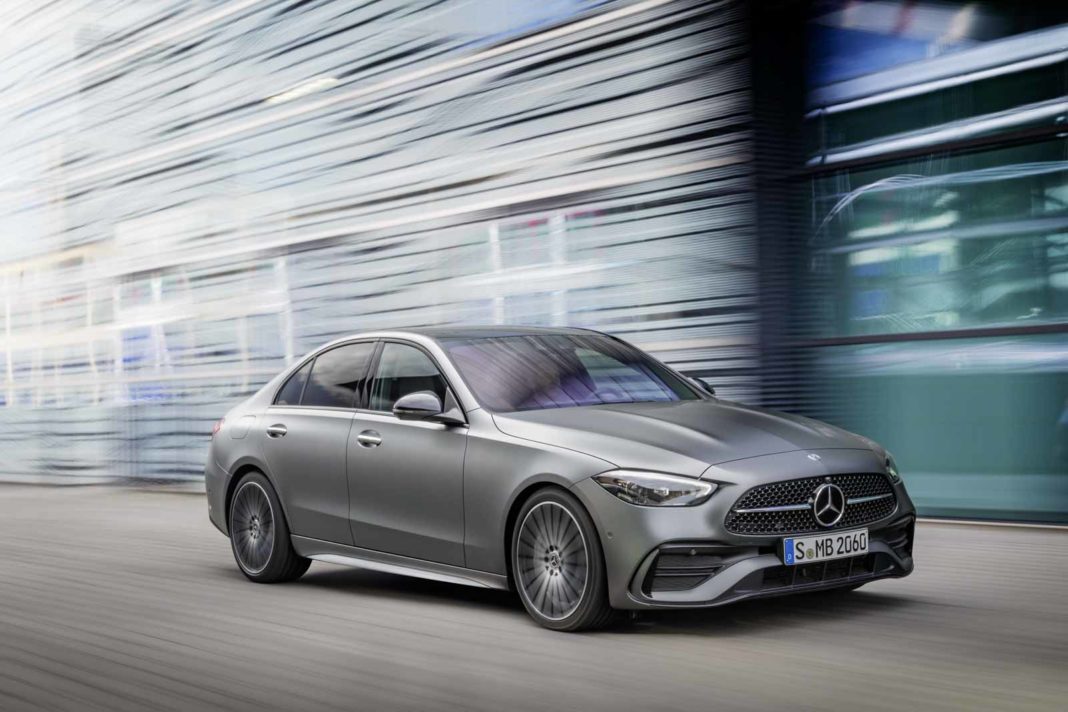 The new-gen Mercedes-Benz C-Class is expected to be launched in India in 2022 and will continue to rival the BMW 3 Series, Jaguar XE, and Audi A4 here

The Mercedes-Benz C-Class is one of the best-selling cars for the German luxury carmaker, and the sedan is currently in its fourth-gen version since 2014. A new-gen model for the sedan was long due, and today it has made its global debut. It’s impressive to look at and gets a host of updates inside and out!

The new-gen C-Class looks more modern than the current version on sale and dawns the luxury carmaker’s latest design language. That said, the new car is heavily inspired by the recently revealed W223 S-Class. As compared to the previous-gen C-Class, the updated sedan features a completely redesigned front fascia with re-profiled headlamps.

It also gets a new radiator grille with a mesh made up of chrome three-pointed stars. The rear-end looks similar to the new S-Class as well. It gets sleek wraparound tail lamps and faux dual exhaust tips. Inside the cabin, the new-gen C-Class gets a large vertically-stacked touchscreen infotainment system in the center, as well as a floating digital instrument cluster. 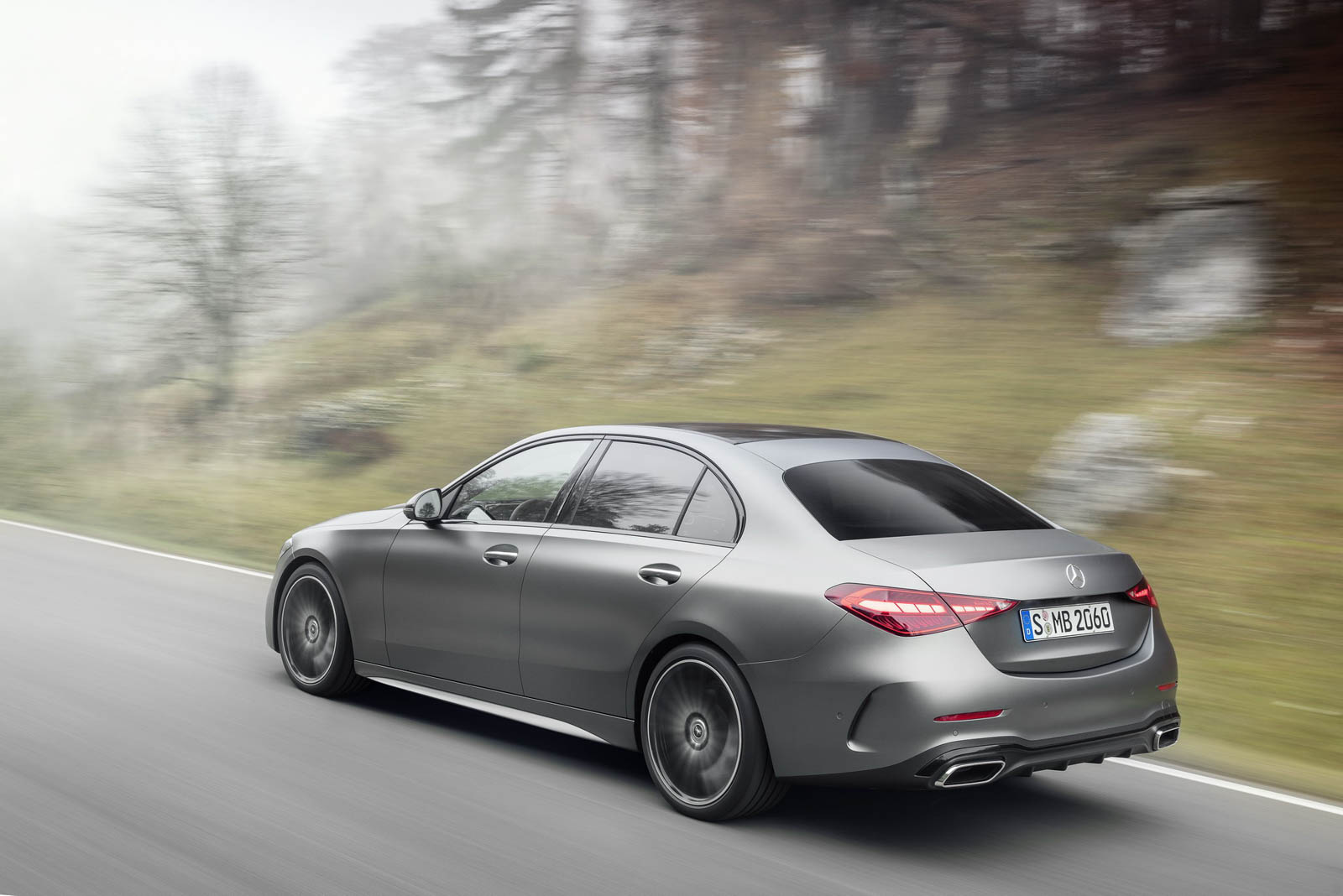 We can also see redesigned air vents and a colour head-up display as well. The fifth-gen version of the luxury sedan is based on Mercedes-Benz’s MRA platform and will be offered with a range of mild-hybrid and plug-in hybrid powertrains.

The new C-Class packs autonomous technology, including features like Drive Pilot function that will allow hands-off driving at speeds of up to 129 kmph, self-parking capabilities as part of an automated valet parking function that has been developed by the German manufacturer in partnership with Bosch, and more. 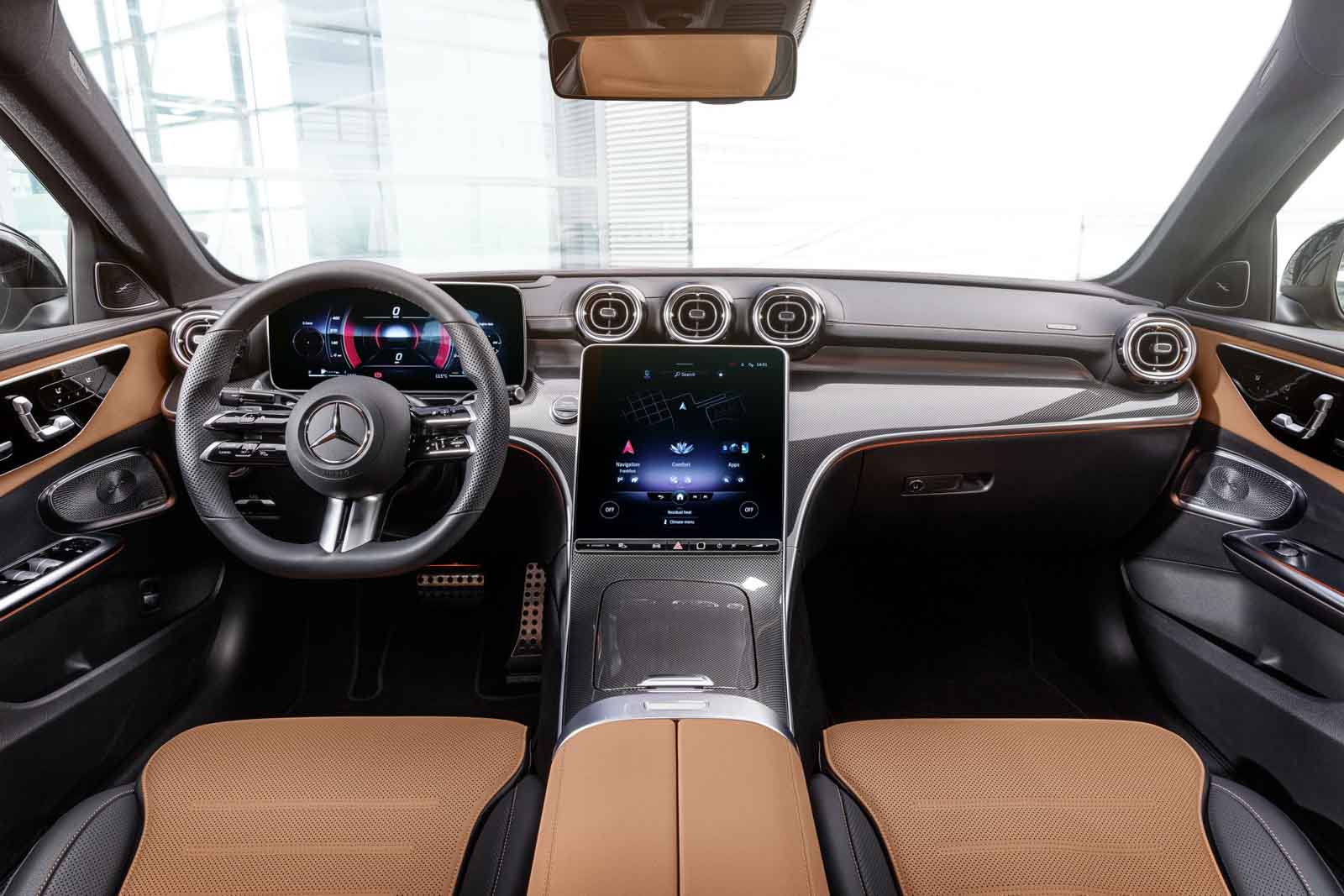 Mercedes-Benz is yet to confirm a launch date of the new-gen C-Class in the Indian market. A launch could take place by the end of this year or early next year. Upon arrival in the country, the new C-Class will retain its rivalry with the likes of the BMW 3 Series, Audi A4 as well as Jaguar XE.