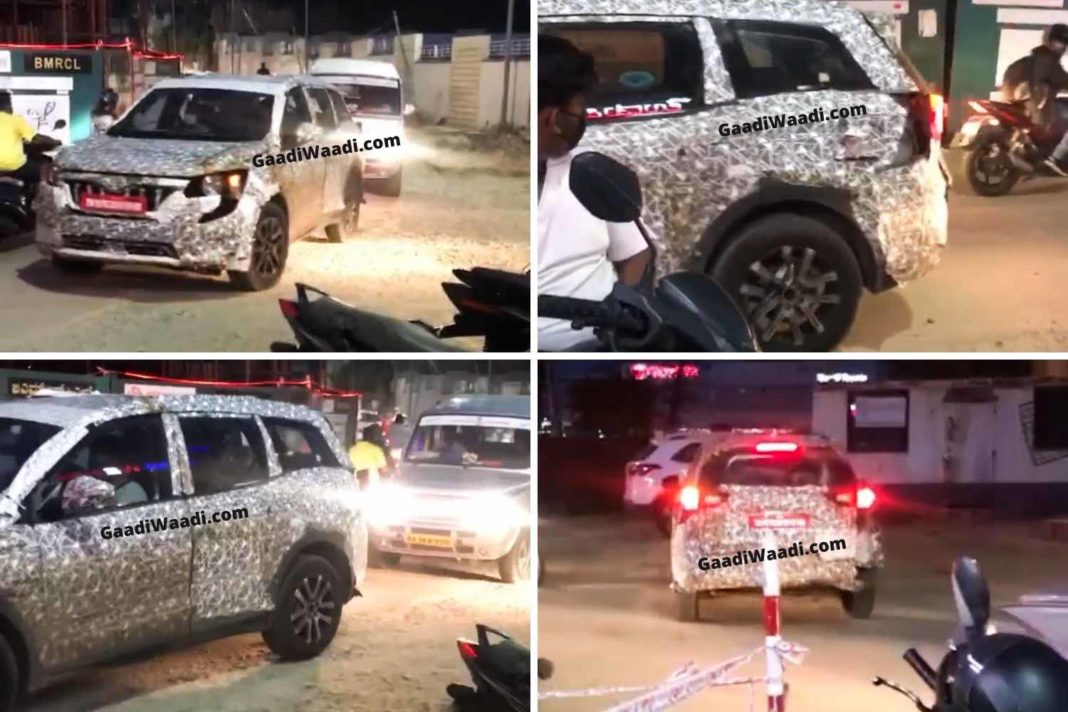 Mahindra & Mahindra will be launching the new generation Thar on October 2 and it will be followed by a slew of new products in the coming months as the second-gen XUV500 and Scorpio are waiting in the pipeline for next year. Both have already been spotted running trials as the prototypes continue to evolve revealing us more details.

The next generation Mahindra XUV500 has been spied up close as the test mule wearing heavy camouflage was caught on camera courtesy of our reader Dakshath. But some of the styling details are clearly visible as Mahindra has given an evolutionary approach to styling bits and the overall direction taken. Up front, the redesigned front fascia has a more upright stance.

The Mahindra badge appears to sit on a thick chrome bar atop the multiple vertical grille slats and the headlamps do not look to be production ready yet. The restyled headlamp cluster will have new LED Daytime Running Lights flowing down in an almost similar pattern as the XUV300 while the front bumper and central air intake are also brand new.

Other notable exterior updates include a new bonnet structure, diamond cut alloy wheels, a prominent kink in the rear door, flush-type door handles, redesigned tailgate, high mounted stop lamp, shark fin antenna, revised LED tail lamps and rear bumper. This particular test mule does not appear to have the production-ready tail lamps fitted yet as more improvisation is expected to be seen in the coming months.

The thoroughly upgraded cabin will have less use of physical buttons and the dashboard as well as the centre console design is brand new. It will boast of features such as a new multi-functional flat bottom steering wheel, a floating touchscreen infotainment system, revised instrument cluster with new gauges, repositioned AC vents, and more premium material finishes. 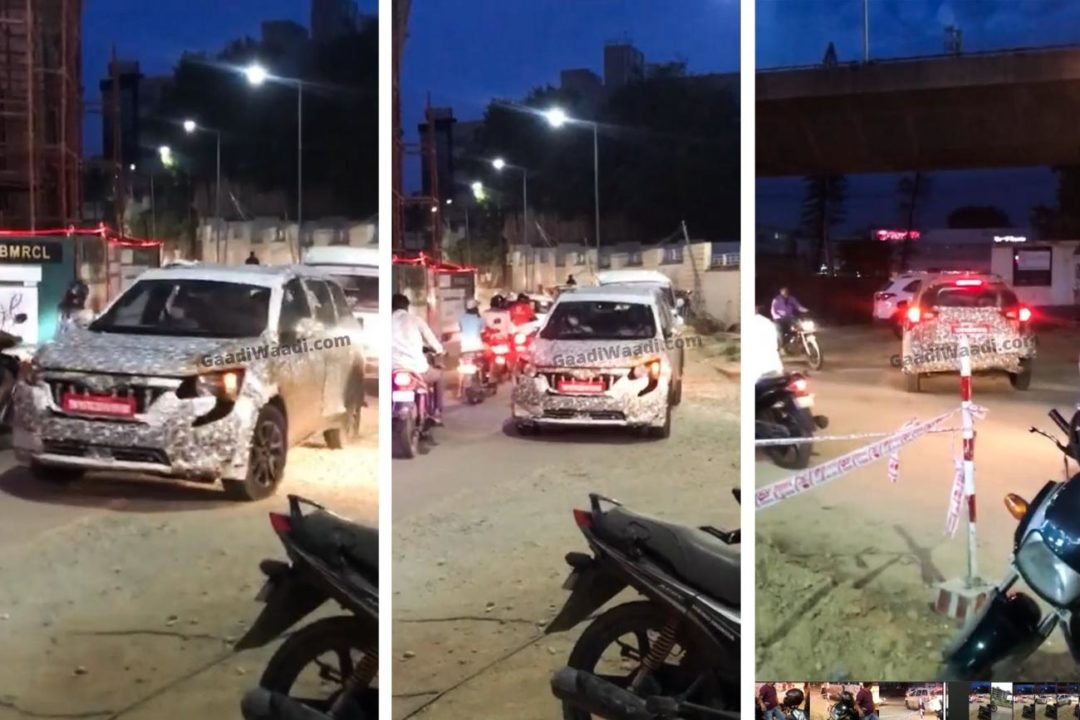 The performance will be drawn from the existing 2.2-litre four-cylinder turbocharged diesel engine developing 180 horsepower in its BSVI avatar and a new 2.0-litre mStallion four-pot turbocharged and direct-injected gasoline mill that could kick out 190 horsepower and 380 Nm. The former will likely be paired with either a six-speed MT or a six-speed torque converter AT.