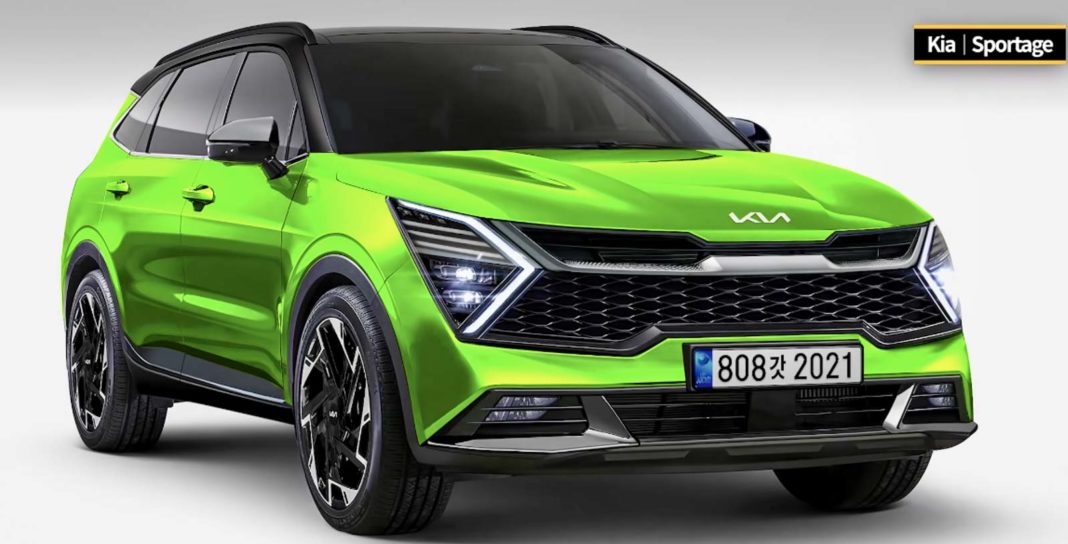 Next-gen Kia Sportage is expected to borrow its powertrains from the new Hyundai Tucson, and will likely go on sale in the United States by the end of this year itself

The Kia Sportage is a compact crossover SUV that has originally been in existence since 1993, and is currently in its fourth-gen avatar. The Korean carmaker is currently in the process of upgrading older models and introducing new ones too, as a part of giving its lineup a thorough refresh. Hence, the Sportage is set to be updated too.

The next-gen Kia Sportage was recently spied being parked in a parking lot, and with no one around, the person with the camera managed to get really close to the car, revealing a lot of information about what’s hiding underneath the body covering. Now, digital render artist Gotcha Cars has used that glimpse to create a speculative rendering of the new Sportage.

The rendering shows the next-gen Kia Sportage with a very unique front fascia. The rendered car gets vertically oriented headlights in a trapezoidal surround. The Sportage features a much smaller Tiger Nose grille which serves as a crosspiece between the headlights. However, a sizeable intake has been placed just under the grille.

Also included at the front are a pair of horizontal slats running the vehicle’s entire width, while the fog lights have been placed in the corners. Just like all recent Hyundai and Kia cars, the rendered Sportage also features stylish-looking dual-tone diamond-cut alloy wheels.

The Sportage will be based on the same platform as the latest Hyundai Tucson. However, it should be noted that there will be two different versions available, with two different wheelbase lengths depending on the market. This also means that the Sportage will likely borrow its powertrains from the new Tucson as well.

The Hyundai Tucson gets a 2.5-litre inline four-cylinder petrol engine making 187 hp and 241 Nm. There’s also a hybrid powertrain using a turbocharged 1.6-litre four-cylinder unit producing 226 hp and 350 Nm. Previous spy shots also confirm that a PHEV powertrain will also be on offer with the Sportage. Ad debut is expected in the coming weeks, while the car is expected to be launched in the US before the end of the year.