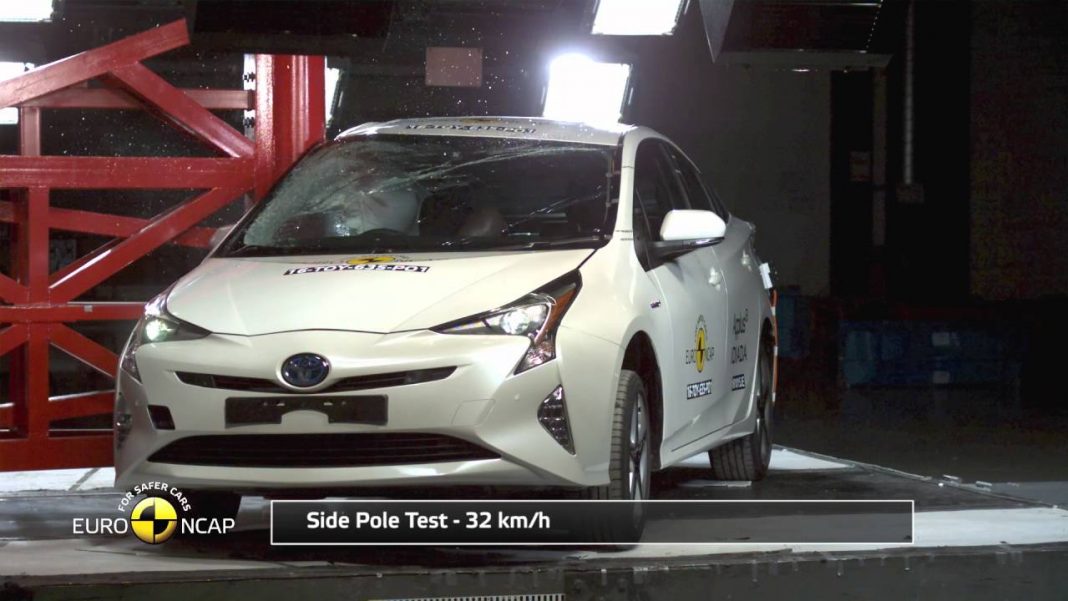 The Toyota Prius, pioneer of the Japanese brand’s greener technology, has received five star rating in the Euro NCAP safety tests. This is third consecutive generation to achieve this feat following a Top Safety Pick Plus awarded by the Institute for Highway Safety (IIHS).

The test results from the independent organisation show that the Prius maintains its reputation as one of the secured green cars in the world. The all-new fourth generation model employs Toyota Safety Sense technology which is standard across all models whilst being built on a new global architecture using strategic reinforcements and high-strength steels for firmer body shell.

Continuing the trend from the second and third generation iterations of the Prius, the world’s best-selling full-hybrid car’s latest version has had improved safety features to comply with the ever stringent norms of the Euro NCAP (New Car Assessment Programme) safety tests.

The Euro NCAP safety criteria not only focus on occupants’ protection but also the quality of the equipment used. It has secured impressive overall rating in the adult occupant protection category with a total score of 92 per cent. As for the child occupants, the new Prius managed to achieve a score of 82 per cent. The safety assistance technologies have combined to garner a score of 85 per cent while the pedestrian protection performance was market at 77 per cent. It has been commented by the independent testing organisation of providing good protection in critical body areas. The maximum points have been awarded for its side barrier impact test as well. The autonomous emergency braking system protecting the car and the passengers in unexpected situations have been rated so highly as well as it gathered a maximum score. It is part of the car’s Pre-Collision System and can detect and react to pedestrians crossing most importantly. It’s worth noting that Toyota has vowed to make the safety packages standard across almost its entire model line-up very soon in foreign markets. The Pre-Collision system comes as part of the Toyota Safety Sense package with active safety features.