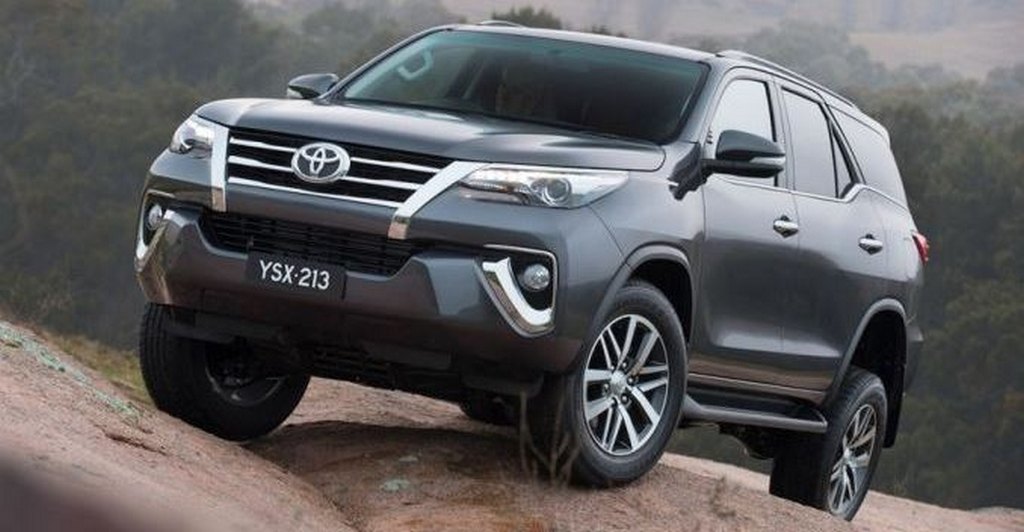 We disclosed yesterday that Toyota Kirloskar Motor Pvt Ltd has no intentions to enter into the volume-churning sub-four metre segment on our exclusive interview with the company’s Vice President Mr. Naveen Soni. The Japanese auto giant is all pumped to have a busy year ahead as the second generation version of the Toyota Innova is scheduled to be launched on the 3rd of May.

In contrary to earlier speculations, we can now reveal that the company has moved forward the timeframe of the all-new Fortuner’s Indian market debut, which was expected to come sometime next year, towards the end of this year. Most likely in the final quarter of 2016, the company could unwrap the new Ford Endeavour rival.

We are planning the Fortuner also for this financial year, as it is a product that is due for upgrade and should be coming soon

He also rued that the sales of the current generation Fortuner SUV has been hit quite vehemently with the above-2,000cc diesel engine ban in Delhi-NCR region: “There are some issues that we’ve faced as far as the ban issue is concerned in Delhi-NCR that tampered sales of our existing Fortuner.” In a similar fashion to other car makers, Toyota’s future plans will be heavily influenced by the Supreme Court verdict, on the ban, due for end of this month. However, there are growing rumours pointing towards the success of the new Ford Endeavour as the significant cause behind Toyota launching Fortuner sooner than expected.

Launched in January earlier, the new Endeavour has been a roaring success for the American manufacturer as it constantly masters over 400 units averagely every month. It did damage the sales of Fortuner as well as the long-running SUV saw 71 percent drop in retail numbers last month.

The all-new Toyota Fortuner will be manufactured at the company’s production facility in Karnataka. The engine line-up could be carried over from the about-to-be-launched Innova Crysta MPV. It included a new 2.4-litre, DOHC, inline, four-cylinder, 2GD-FTV diesel common rail powerplant dishing out 150PS at 3,400 rpm and 343 Nm of torque between 1,400 and 2,800 rpm. This BSIV compliant engine will be mated with a five-speed manual transmission. The second diesel unit will be the 2.8-litre 1GD-FTV, 16V, common rail, DOHC diesel motor producing 174 PS at 3,400 rpm and 360 Nm of peak torque between 1,200 and 3,400 rpm. It will be coupled with a six speed automatic gearbox with sequential shifters. Both 2WD and 4WD options will be available to buy.

It measures 4,795 mm in length which is 90 mm longer than the current model. The new SUV will be 1,855 mm wide, 15 mm wider than the existing Fortuner, and 1,835 mm tall (15 mm shorter than the present model) while managing to retain the same 2,750 mm wheelbase. It is based on the Innovative International Multi-purpose Vehicle (IMV) platform that underpins Innova and the Hilux Revo pickup truck. The new architecture is said to further improve the off-roading attributes of the stylish SUV.