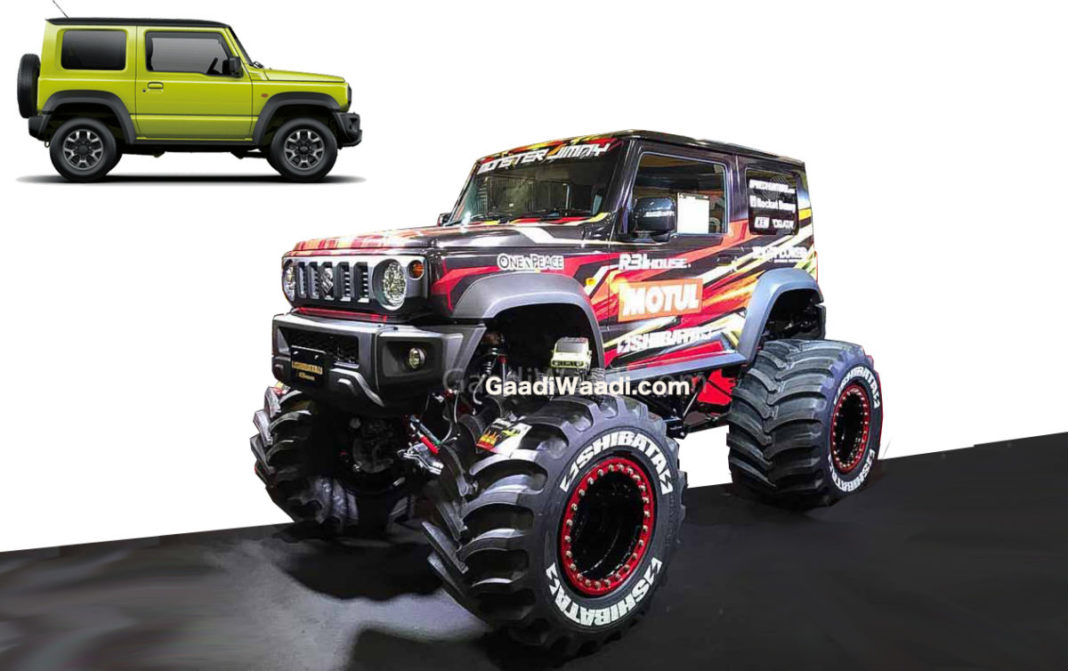 Suzuki Motor Corporation has been on a roll with the fourth generation Jimny that was introduced in the majority of the global markets last year. The off-roader received a new generation more than twenty years after the older model was introduced in 1998 and it has an evolutionary approach to design language along with a modern interior that spells instant success.

The Japanese manufacturer kept the simplicity and no-frills styling intact while improving the off-roading bits of the new off-roader. It has paid them dividends as the latest Jimny’s bookings across the world were on an all-time high with soaring demand. The 2019 Tokyo Auto Salon could not come at the right time, as Jimny’s popularity has been used to perfection by the customising firms.

While Liberty Walk’s G Mini body kit transforms the Jimny into a Mercedes-Benz G-Class with exquisiteness, the two-seater load lugging Pickup Truck concept based on the Jimny Sierra and the Survive concept prove the versatility of the small SUV. They are all on display at the ongoing motor show in Tokyo but needless to say they will bow down to the “Jimny Monster”. 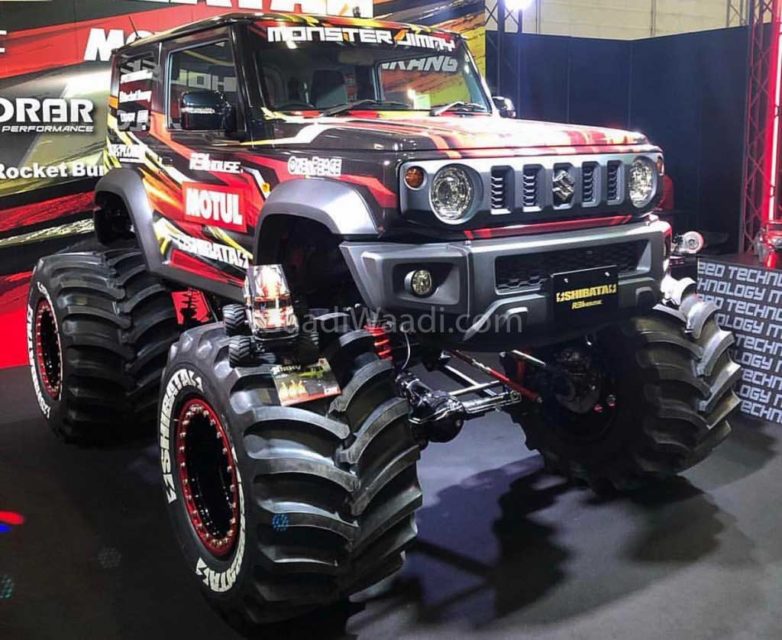 The Jimny Monster looks as if it’s a competitor in the Stadium Super Trucks series but it is just a concept to enthral the show-goers. The striking attraction has to be the humongous tyres and wheels firstly with a beadlock setup where the bead of the tyre is secured to the wheel. It has an equally longer suspension setup that the standard Jimny would not have a chance with.

Except for the addition of the big wheels and the hardware changes that go with it, the regular Jimny has largely been carried over in its styling. The black-bodied Jimny Monster has contrast red and yellow graphics and the bumper has extra protection that will help when driven on the beaten path. 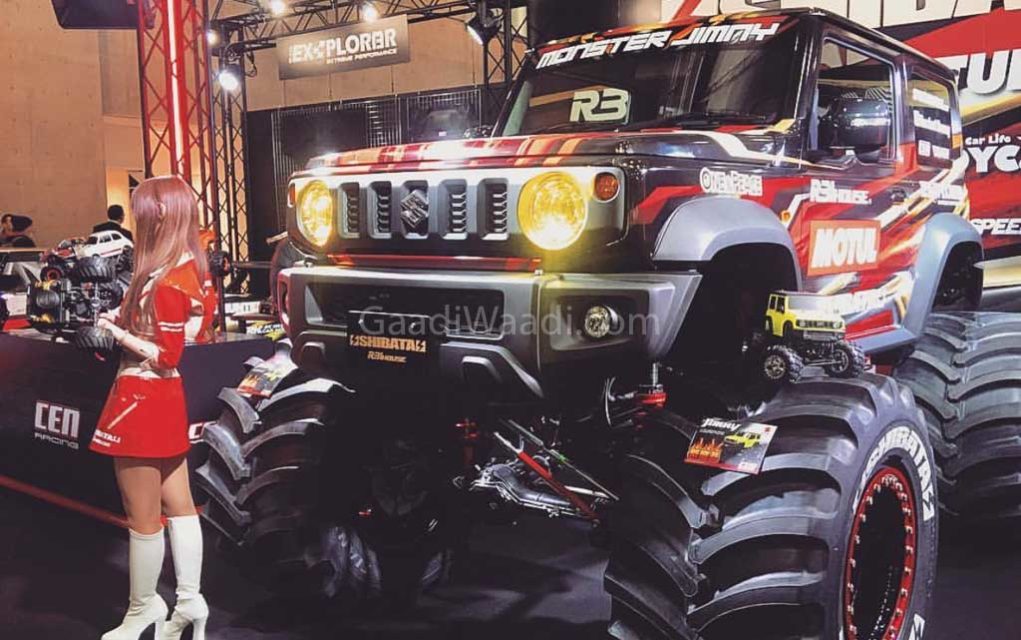 The round-shaped vintage headlamps, horizontal grille piece, and flat roof profile remain true to the stock form while the fenders are flared to enhance the rugged appeal. We do not know what engine the Suzuki Jimny Monster uses but a torquey engine with punchy characteristics is a fitting wrap to the rather stunning creation.