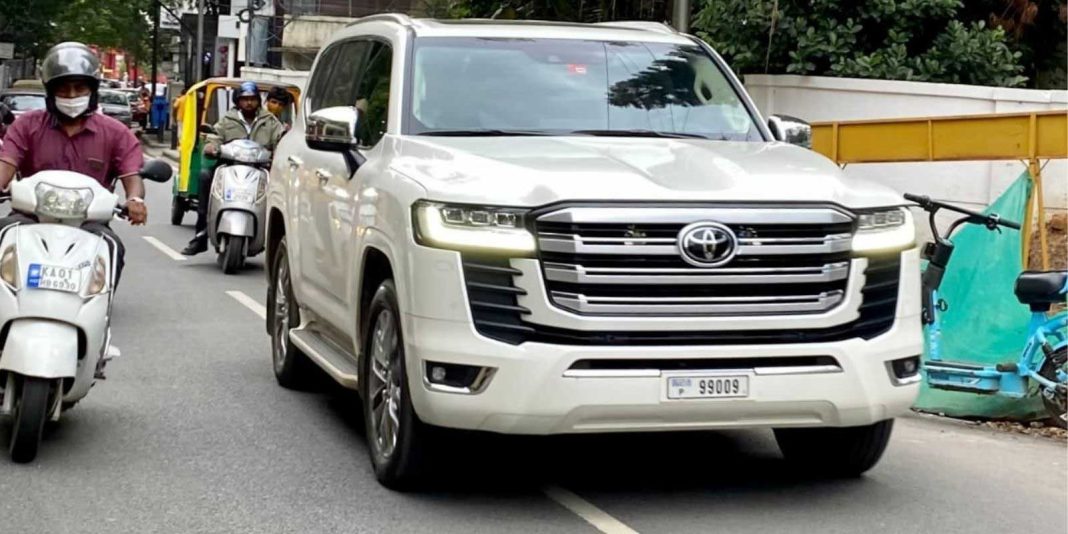 New-gen Toyota Land Cruiser 300 sits on the TNGA-F platform and is lighter, more fuel economical and off-road capable courtesy of a host of new technologies

The new generation Toyota Land Cruiser made its global debut a few months ago with a number of changes inside and out. It is the first major update for the legendary nameplate in a long time and it has been well received amongst customers in the global markets. Since the LC Prado and LC 200 were sold in India previously, speculations surrounding the LC 300’s local debut have been ever existent.

For the first time, the Toyota LC 300 has been caught on camera in India and more specifically in the hustle and bustle Bengaluru traffic but unfortunately, it looks like an imported unit from abroad as it carries Dubai registration plate instead of the red test plates that can usually be found on test prototypes.

The LC 300 could be considered as a good premium option for India as the Japanese auto major already sells the Vellfire MPV and Hiace domestically. The latest avatar of the LC 300 has ditched the V8 powertrain for two twin turbocharged engines. The premium off-roader uses a 3.3-litre twin-turbo V6 diesel and a 3.5-litre twin-turbo petrol. 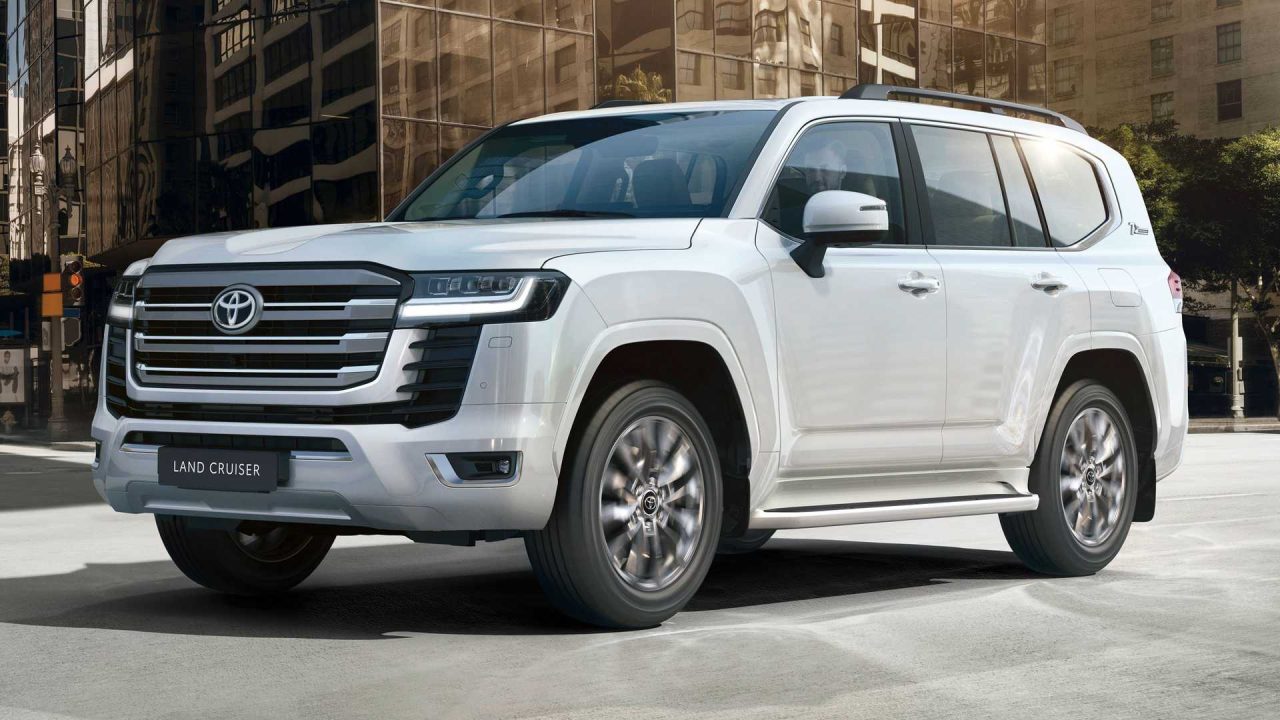 The gasoline mill generates a maximum power output of 415 PS and 650 Nm of peak torque and the oil-burner pumps out 309 PS and 700 Nm. Both the engines are connected to a ten-speed automatic transmission as standard transferring power to both the axles. Since Toyota wants to preserve the rugged off-roading abilities, it continues to be built on the body-on-frame chassis. 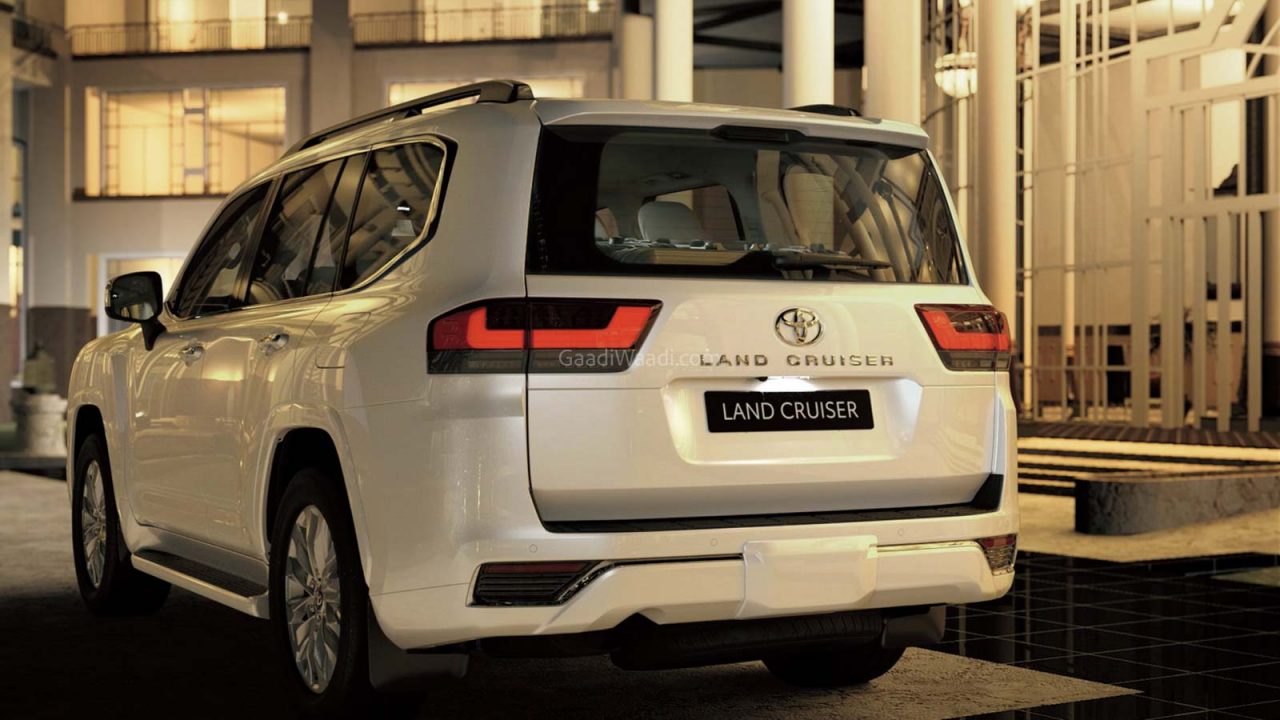 Other highlights are a redesigned front end with LED headlamps while continuing to have tall pillars and upright elements, a larger floating touchscreen infotainment system with Apple CarPlay and Android Auto connectivity, JBL audio, Toyota Safety Sense pack, 4 High and 4 Low modes, two-tone dashboard theme and so on.