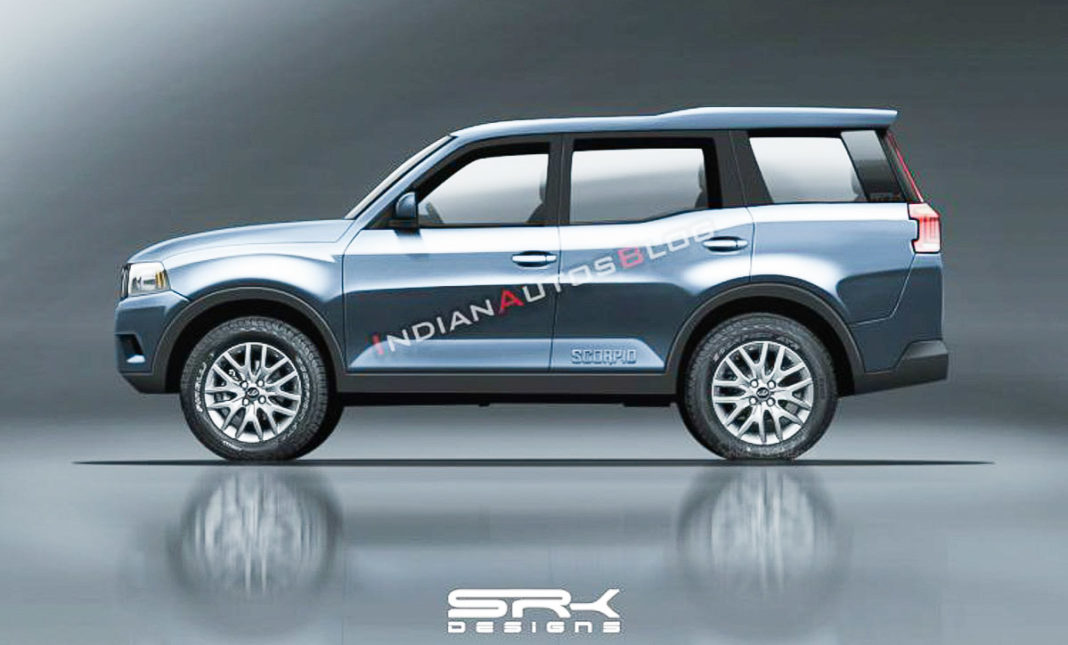 New-Gen Mahindra Scorpio will have evolutionary changes to its exterior with the updated interior; will get a new 2.0-litre diesel engine producing 160 hp

Mahindra has been working on a range of products including the new-generation Scorpio, Thar and XUV500. The first sightings of the upcoming 2020 Scorpio appeared on the internet just a while ago and the spy shots revealed several details we want to know.

Although the test mules could be subjected to further evolution as the testing progresses, the basic idea of the changes that Mahindra will make has been most clear and this production based rendering will take you next step into what we can expect on showrooms.

The Mahindra Scorpio has been on sale for long as its sturdy looks and workhorse appeal have made it a favourite among rural and urban buyers. The new generation will take this demeanour a step further while sticking by the anticipation of the new age customers with a more upscale equipment list and a likely attractive interior.

The new-gen Mahindra Scorpio will go on sale sometime next year and it could make global premiere at the 2020 Auto Expo in February in India alongside a slew of other new models from the brand’s stable. The digital imagination shows us of the side profile with subtle changes only the eagle-eyed viewers get to grips with.

Based on an updated platform, the New Scorpio will likely be longer than the outgoing model and it reflects on the rendering’s extended rear overhang. The character lines are now more prominent and the bigger wheel arches complement the newly designed alloy wheels and slightly raked rear glass area.

The front portion will feature updated multi-slated front grille with tweaked headlamps and bumper while the rear will possess new vertically stacked tail lamps and redesigned tailgate structure. The interior will have revised dashboard and centre console beside the addition of new equipment like a touchscreen.

The 2020 Mahindra Scorpio will be powered by a new 2.0-litre diesel engine replacing the existing 2.2-litre mHawk unit production as much as 160 horsepower and more than 320 Nm of peak torque. It should be mated to manual and automatic transmission choices and a four-wheel-drive system will likely be offered in top-end variants.