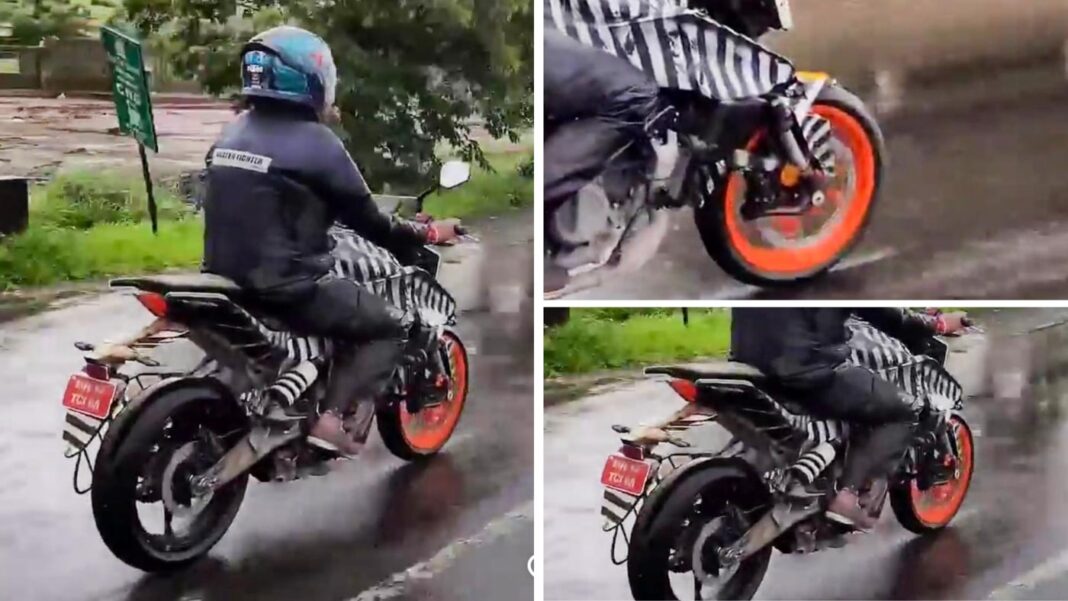 KTM is expected to unveil the new generation Duke 125, 200 and 390 motorcycles at the 2022 EICMA show in Milan, Italy. They have already been spotted testing a number of times on foreign soil and even in India as well. They will come with a host of design and mechanical changes to further catapult the sales numbers of the popular trio.

While the Austrian manufacturer has not officially announced their reveal yet, we do expect it to happen considering the global reach the motoring show has and the test mules of all three motorcycles were caught in their near-production guise. The 2023 KTM Duke 200 has its new design resembling the Super Duke 1290R and the subframe looks similar to that of the Duke 390.

The swingarm is also different and it will apparently be offered with a dual channel ABS system. Besides the more angular subframe, the instrument cluster is larger and the front disc brake could be larger as well. Other highlights are updated LED taillight unit, sharper LED turn indicators, lighter wheels, new engine mount and bigger mirrors with longer stalks, etc.

It will also get newly designed five-spoke cast alloy wheels and a curvier lower fuel tank extension. It could continue to be equipped with a 373.2 cc single-cylinder DOHC fuel-injected liquid-cooled engine developing a maximum power output of 42.9 bhp at 9,000 rpm and 37 Nm of peak torque at 7,000 rpm.

The new generation KTM Duke 125 will also get notable revisions as its bigger siblings but the performance figures will likely remain the same. Expect a minor bump in their pricing upon launch sometime next year in the global markets and India could get these motorcycles in the second half of the next calendar year.