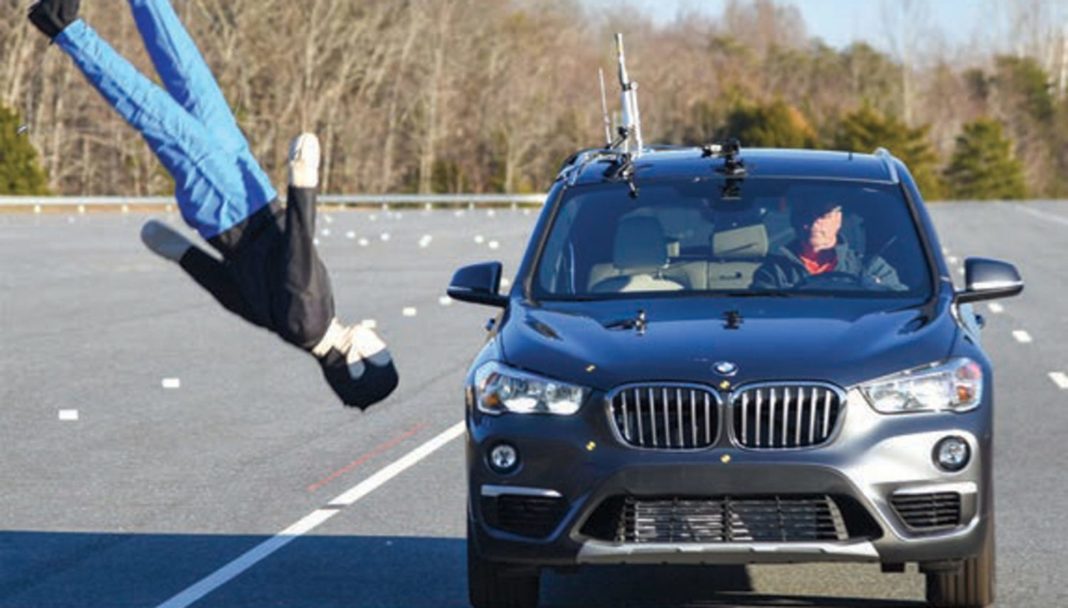 Modern-day vehicles have become extremely safe with the new-age crash avoidance systems. One of the latest technologies that are now available many cars in the international markets in the Pedestrian Detection system that can detect pedestrians automatically. The system can completely avoid a collision or reduce the strength of the impact with the pedestrians by applying brakes automatically.

Insurance Institute of Highway Safety (IIHS), USA conducted tests on various vehicles equipped with pedestrian detection system recently. Out of all the cars, the BMW X1 received a zero rating as it failed to either detect the pedestrian at all or reduced the speed only slightly, which had almost zero effect in saving the pedestrian.

The pedestrian detection system works by using high-end front-facing cameras and radars that can detect the movement. There are three scenarios created by IIHS to test the ability of the vehicles to detect the pedestrians. In the first scenario, the walker starts walking from the edge of the road in front of the car.

This test is conducted at 19 km/h. The second test involves a child coming out of from the front of two parked vehicles on the road. The speed of the vehicle in this test is set at 40 km/h. The third scenario enacts the pedestrian walking on the highway in the direction of the vehicle. This is tested at 59 km/h.

It can be seen in the video how BMW X1 failed utterly to recognise the pedestrian and crashed into the dummy models. IIHS tested 11 vehicles equipped with the latest technology, and only four received the highest rating. IIHS awarded Toyota CR-V, Subaru Forrester, Toyota RAV4 and Volvo XC40 the highest score while the other vehicles received a lower rating.

The BMW X1 received no rating in the test. As per IIHS, such tests are done to promote safety in the vehicles and encourage manufacturers to equip their cars with better safety equipment.