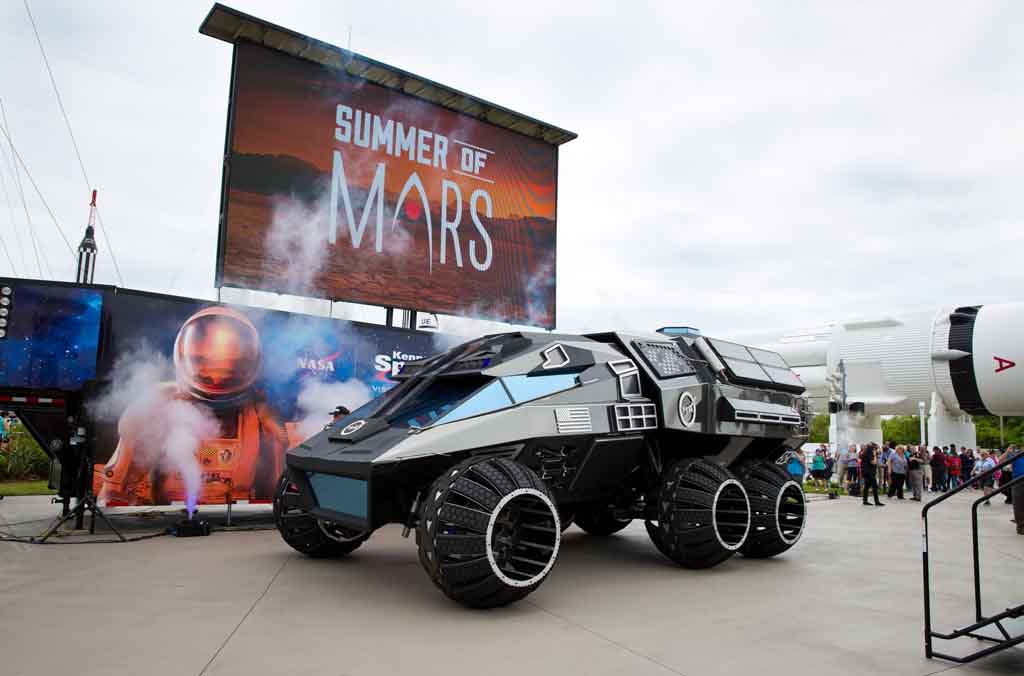 Human colonization outside the world in some other plant is a long discussed subject and NASA’s Mars Rover concept seems a perfect mobility option fuelling that dream. Designed and built by Parker Brothers Concepts with significant inputs from NASA engineers, this is a 3.3 meter long and 2,721 kg weighing gigantic machine on wheels that looks like an alien armoured vehicle, inspired by some sci-fi movie.

The Mars Rover concept has been unveiled at the Kennedy Space Center. It appears radically different compared to the Lunar Rover. The Mars Rover concept bears the ideology of a vehicle that will be able to run on the extreme terrain of Mars. It gets six 50-inch wheels that appear with very unusual look.

As NASA says, the wheels of the vehicle have been designed to run on the fine sands of Mars. They don’t appear like conventional wheels. Instead they appear quite like barrels on roll. Interestingly, the vehicle not only a medium of mobility but it also works as a mobile laboratory offering the occupants a fully equipped research facility. Also, it can act as a scout vehicle as well and the vehicle can carry four passengers.

The suspension set up of the Mars Rover concept is pretty rigid to tackle the extreme terrain. Speaking about its powertrain, NASA is yet to reveal any detail. But the Mars Rover concept gets a 700 volt battery pack and it can reach speed up to 112 kmph. However, if produced for real Mars expedition, it would move there at speeds between 16 kmph and 24 kmph. 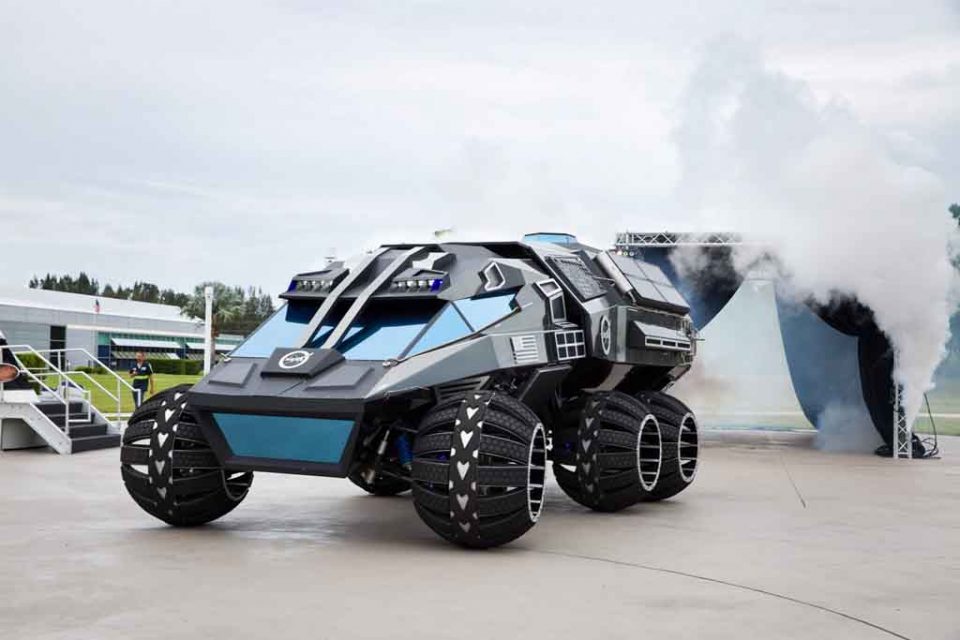 Currently, the Mars Rover concept is on display at the Kennedy Space Center Visitor Complex and it will be showcased there till the end of June. After that, it will begin a tour of the East Coast of America and there will several display events in Atlanta, Jersey City, New York City and Washington D.C as well.