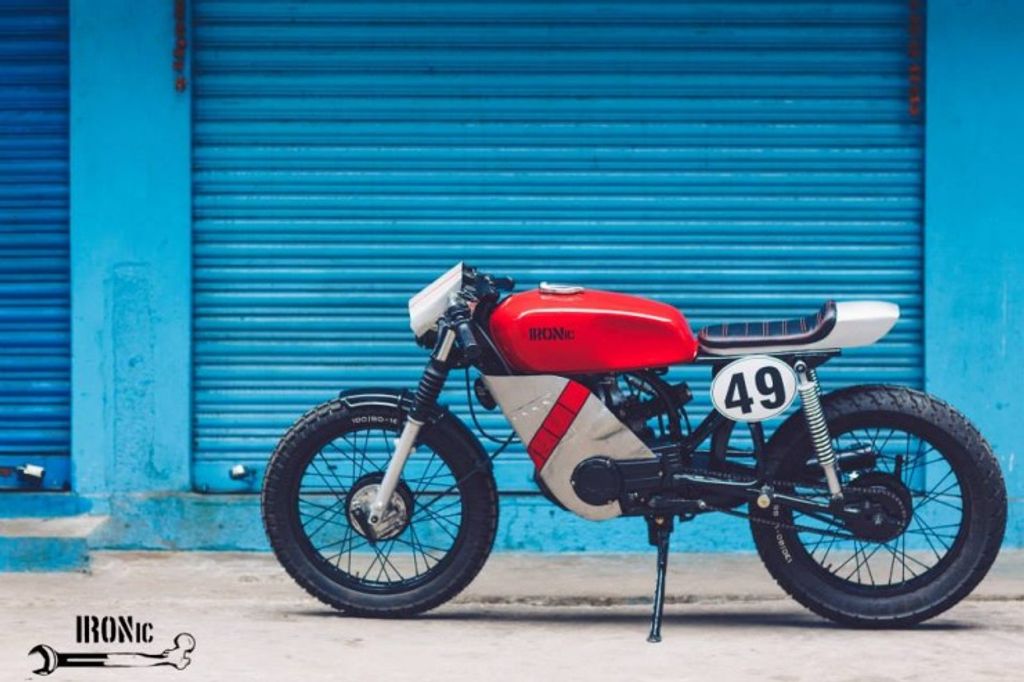 Ironic Engineering based in Hyderabad is known for their excellent craft in modifying bikes. Like most of the other custom shops in India, they are also planning to restore old bikes and give them a new life to live on for years to come. One notable project of Ironic Engineering is to modify and restore an old Yamaha RX100.

The stock RX100 is a simple motorcycle with minimal body parts. So Ironic Engineering decided to give café racer theme for this RX100 and most of the parts are custom made. The changes start with new round headlamp and a new visor finished in metal rather than plastic for most bikes.

The custom shop has also given small fender at front and they have given slightly bigger front forks. To improve sporty appearance, Ironic Engineering has given clip on handlebar and it is placed lower on the body, along with rear set foot pegs for an aggressive riding position. The modified RX100 doesn’t come with instrument cluster.

The stock fuel tank has been carried over and it goes well with the overall design theme. The custom shop has also given engine guard, which gives the impression of fairing with lower part of engine exposed. The side body panels have been removed and instead they hide battery with a custom body panel with a racing number on it. 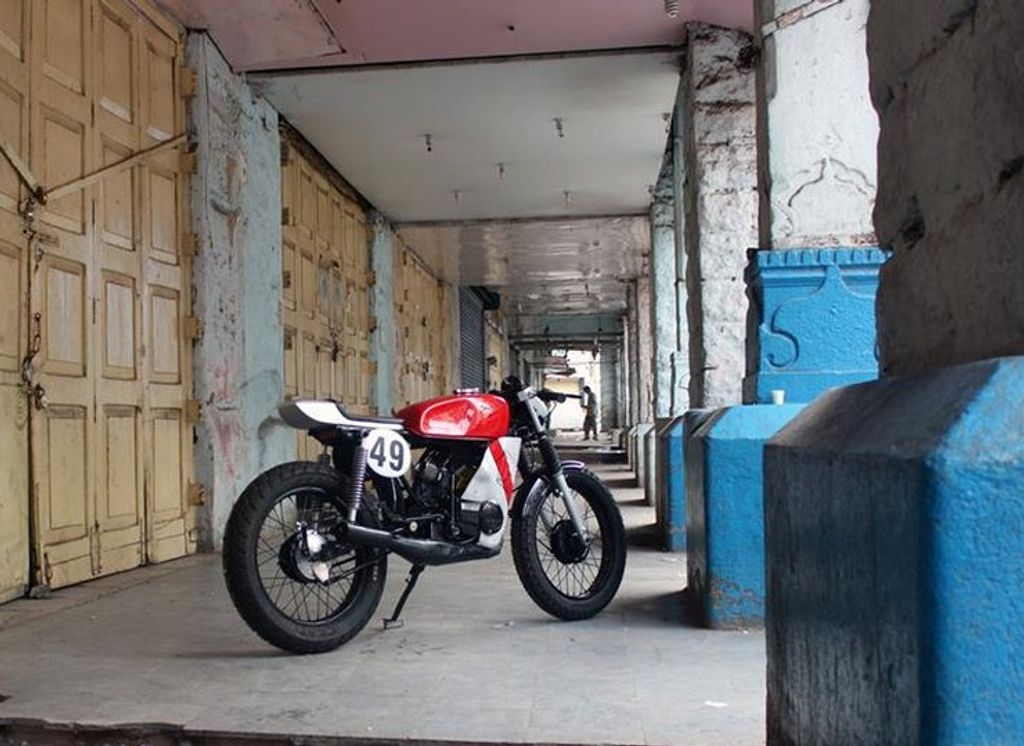 The size of wheels has been increased and they come with bigger tyres and black coating. The engine remains stock as 98 cc single-cylinder engine puts out 11 bhp of power at 7,500 rpm and 10.39 Nm of torque at 6,500 rpm. This engine is mated to 4 speed gearbox and they have given aftermarket exhaust for sporty note.