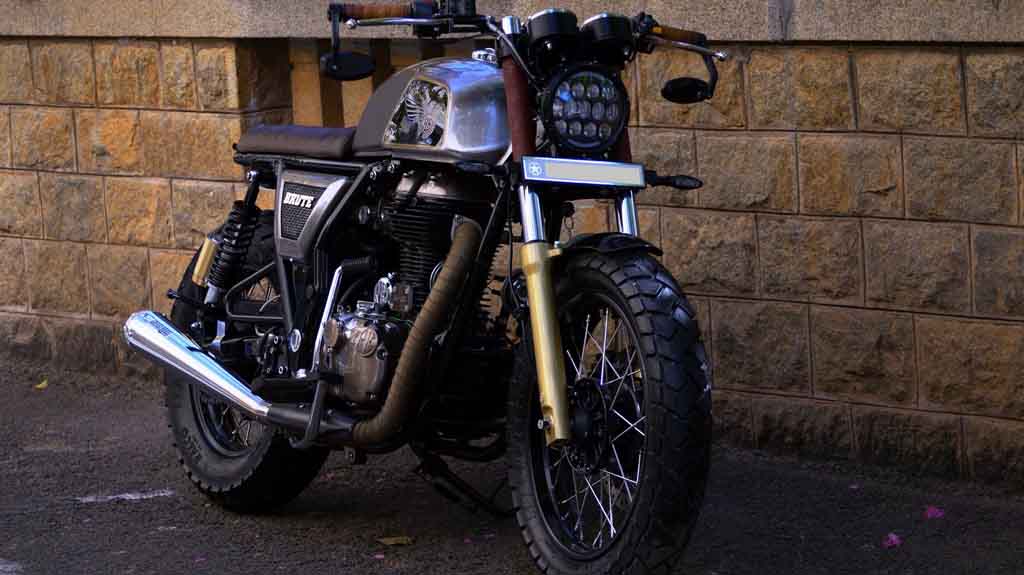 While Royal Enfield Classic and Thunderbird models are among the favourites, when it comes to customizing motorcycles, a modified Continental GT is rare sight. But Bulleteer Customs has done a nice job with their first Continental GT mod-job. The flagship motorcycle of Royal Enfield has been given a scrambler like appearance and it looks very bold and attractive indeed.

Christened as the Brute, the customised Royal Enfield Continental GT looks very aggressive from nose to toe. It gets a LED cluster headlamp with Black bezel. The twin-pod instrument cluster is combined with custom handlebar along with Brown coloured grip give it an eye-catching look. The fuel tank looks muscular and sports silver finishing. 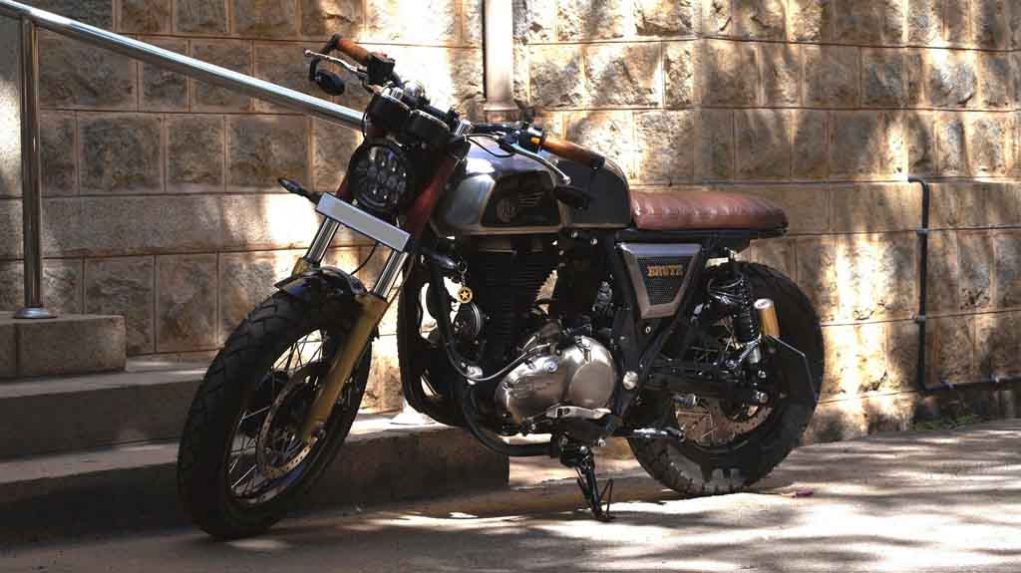 The seat has been customised to give the motorcycle a scrambler look instead of the café racer, which the standard model comes with. The seat wears Brown leather wrapping. The side body panel comes with modification and it wears Black paint. The full black wheel rim with multi-spoke design, meaty thick tyres, golden coloured front enhance the appeal further.

The standard Royal Enfield Continental GT gets power from a 535 cc single-cylinder, air-cooled, four-stroke engine mated to a 5-speed constant mesh transmission. The engine is capable of churning out 29.1 bhp of peak power at 5,100 rpm and 44 Nm of peak torque at 4,000 rpm. Though it is not sure, but the powertrain and performance is expected to be unchanged. 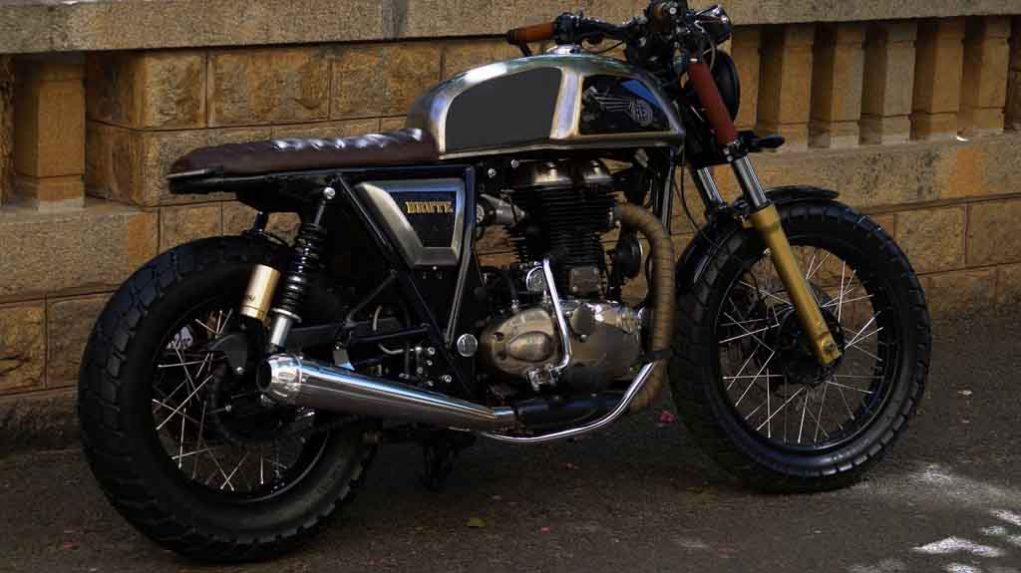 Braking duty in the RE Continental GT is done by a 300 mm front disc brake and a 240 mm rear disc brake. Built on a twin-downtube cradle frame, the motorcycle’s suspension duty is done by 41 mm telescopic front fork and Paioli twin-gas charged shock absorbers with adjustable preload.